We had a very wonderful Friday night at Oakhouse Shinagawa Osaki today. Tucked in the lively prefecture of Shinagawa, the little yellow residency houses 27 friendly people of a variety of ages and who come from all across the world. Our house has quite a few international residents, with people from Indonesia, America, and even Brazil!

This evening, two of our international friends Aira, who is from the Philippines, and Camila, who is from Brazil, decided to host a get-together. Camila ordered pizza from Domino’s and it was her first time ordering pizza in Japanese (way to go Camila!). Aira and Jihan, an international resident from Indonesia, went to Lucky supermarket and bought Cola as well as chips and popcorn!

While Aira and Jihan went to buy the snacks, Camila and I chatted and waited at the table. It just so happened that another foreign resident, John from America, was preparing dinner in the kitchen. He was making a very fancy dish with chicken (Sorry John, I don’t remember the name but it smelled amazing!). The pizza finally arrived, but our two grocery-run friends hadn’t returned yet so we continued talking and sharing our cultural experiences. Camila mentioned that Tokyo is quite similar to her home city of Sao Paulo, but that the Japanese capital is cleaner and more organized.

It turns out that John is currently trying to learn Portuguese, and lucky for him Camila’s native language is Portuguese. The two of them quickly began discussing Portuguese vocabulary and grammar. Then, one of our Japanese residents, Keigo, joined us with his dinner as well. I do not speak Japanese, so it was a bit difficult for me to communicate with Keigo. Luckily, John speaks fluent English and Japanese so he translated between the two of us.

Finally Aira and Jihan arrived with the drinks and snacks, so we could begin eating. I was so surprised to see the Japanese pizza. Pizza in America is always very big and the crust is crunch and hard. Usually there are only one or two toppings on an American pizza. However, this Japanese pizza was tiny by comparison, and it had so many things on top of it!

We continued into the evening eating our foods and talking about culture, and another Japanese friend, Yuuhei joined us with yummy noodles topped with mayonnaise. Keigo and Yuuhei taught me some kanji, and everyone shared their hometowns using googlemaps. Overall it was a very lovely cultural exchange! 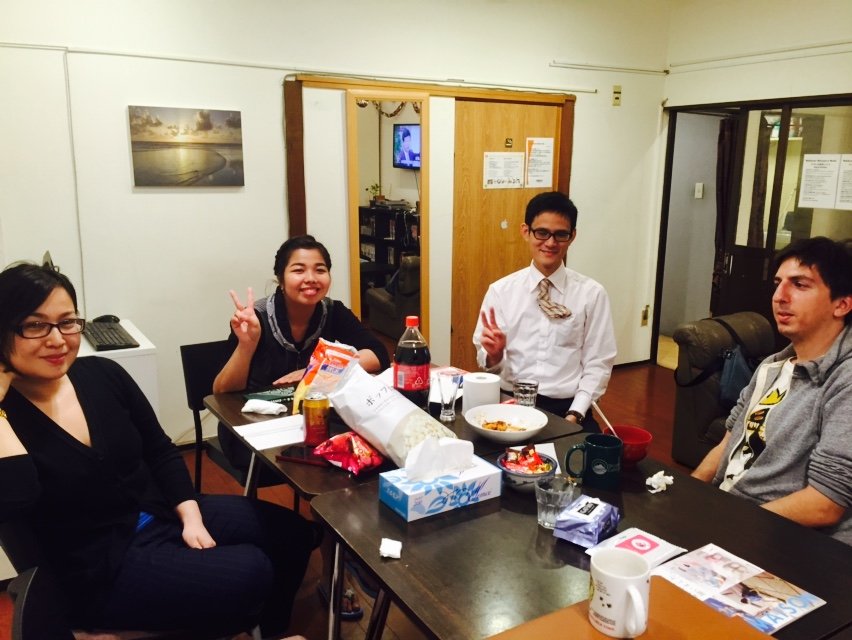 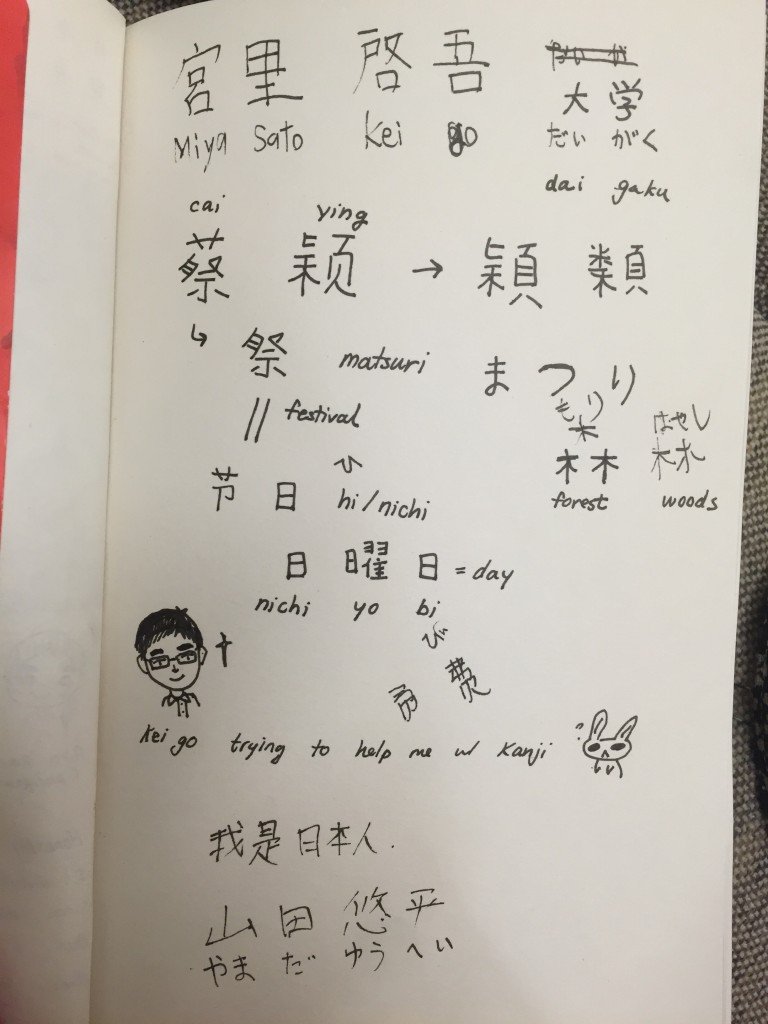 ~*Hello*~
My name is Ying Bonny Cai and I go by Bonny. I am a Chinese-American university student who is here in Tokyo for a summer internship.
I speak English and Mandarin, and am currently learning Japanese.
My hobbies include sketching, running, painting, hiking, and playing ukulele! I really like bunnies too~