Nara city and something more…

Continuing my trip's story and now we are moving to Nara city. 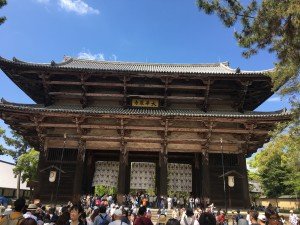 Nara city 奈良市 - is the capital of Nara Prefecture that is located in western Japan. It is in less than 1 hour far from Osaka, Namba station. Price ticket is 700 yen for one way, also it is available to buy tourists pass with different options (Osaka-Nara-Kyoto 1 day pass, Nara-Osaka 1/2 days pass etc) just drop by nearest Tourist information center. Since 710 to 794 Nara city used to be a capital of Japan. In present times Nara is a small city with population is about 360 thousand people. 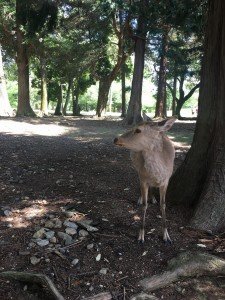 After some research about Nara on the internet, me and my friends decided to go to Nara Park. It is a huge park mostly popular for wild deer that are living there. There are about 3000 of them and you may come and touch them, cares them and feed them They are selling special deer's food (about 150-200 yen for 5 pieces). Their size reminds Starbucks choco cookies and looks like a pancake. These deer are totally safe but if you will act annoyingly they can be a little agressive. Also in This park located Buddha statue but we did not want to pay for entrance so we skipped it. We got enough of shrines and temples so we decided to go to deer park and than get back to Osaka and visit Osaka Aquarium. 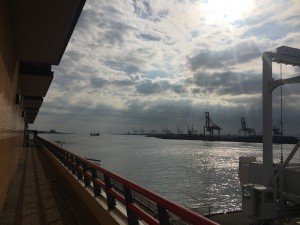 This Aquarium located near to Universal park Japan with the only one outside of the United States "The Wizarding world of Harry Potter", we didnt go there though because we visited Universal park in the United states earlier. 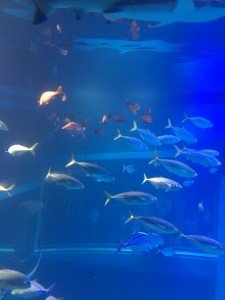 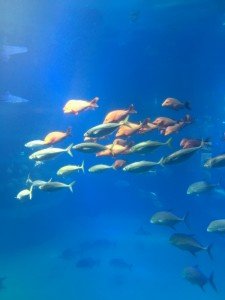 In the aquarium 17 different themed areas like Japanese forest, Antarctica, Pacific ocean, Great Barrier Reaf, etc. Ticket price is 2,400 yen for adults, not very expensive and worse it. In this aquarium 470 different species and about 29000 living things with birds and turtles. 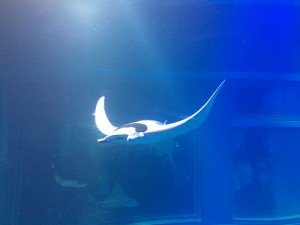 After aquarium we went back to Dotonbary street to have some dinner and buy some cheescake to take to Tokyo, because they were super-mega delicious. 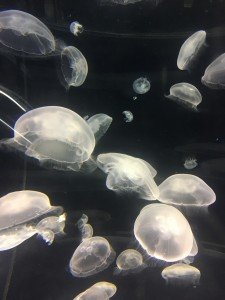 Next morning we woke up at 7 a.m. and departure from hostel to airport around 8 a.m. and got to airport around 9:30. Flight was at 11:40 and arrived Tokyo around 1 p.m. and came home only at 3:30 p.m. The longest trip from airport to home, 2 hours (lol). When I got home I fell asleep so next morning went to kitchen to cook some food and realized that microwave was broken. I immideately wrote to OakHouse support and when i came back in the evening microwave was replaced for new one. Support of OakHouse works really really good and fast. You may say that you are in Japan where the service level is really high! Thank you guys for quick respond!

My name is Andrey. Im from the most coldest place of Russia (Earth in general). Currently studying at university.