Today I want to tell you about one little city near Tokyo and the name of it, is - Kamakura. First, let's discuss a little bit about the history of the city.

Kamakura (鎌倉市) is a city in Kanagawa Prefecture, about 50 kilometers south-south-west of Tokyo. Although Kamakura proper is today rather small, it is often described in history books as a former de facto capital of Japan as the seat of the Shogunate and of the Regency during the Kamakura period. Kamakura was designated as a city on November 3, 1939. 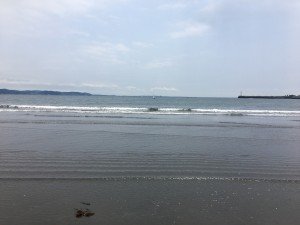 To get there from Shinjuku station you need to get Odakyu line and enjoy your road. Do not forget to take some snacks with you, it is almost 2 hours on the train.

First of all, we went there to view the sea. I really missed for sea, I guess it has really relaxing atmosphere no matter on what beach you are, except super crowded ones. Unfortunately, the beach was quite dirty and that fact is shocking - Japan is one of the clearest countries in the world. And also we saw many surfers, but I really didn't understand their point, there were no waves at all and the wether was calm so i guess even forecast didnt tell anything about high waves. Or maybe this is some different kind of surfing that I don't know. Anyway, we didn't expect to see this to facts dirt and surfers. 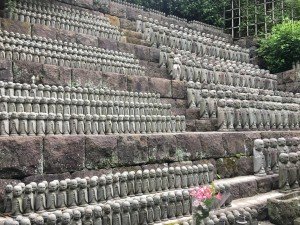 After the sea shore, we went to the temples. There many Buddhist and Shinto temples in this city and we choose two of them Hase-Dera and Kotoku-in. These two are buddhist temples. In Hase-Dera you may find a lot of small statues of buddha, about 1000 of them and in the second temple there are one of the biggest bronze buddha statues int he world. 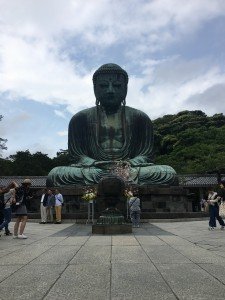 After looong day without food, by the way our sandwich was stolen straightly from the head by kite or some another bird on the shore. We were just about to eat, but the bird was faster and he was the first to grab it from the packing. Lol! There are abounde of them flying above your head, so do not make a picnic on the beach, not good idea. Little off top. So after long day without food we found good noodle restaurant. Food there was really delicious. Then we went to the piers. View very beautiful sunset, breathtaking. Sunsets on the sea are always beautiful. 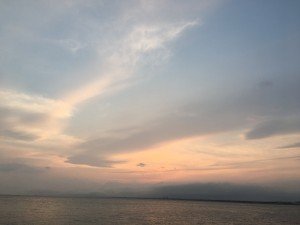 So that was one day trip, escape from big crowded Tokyo to get some unity with nature and your soul. Enjoyed that trip. If you will have any free day during the long vacations go there. Not "must see" but as an option of escape is great idea. 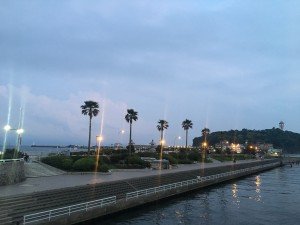 That all for now. Stay tuned:)

My name is Andrey. Im from the most coldest place of Russia (Earth in general). Currently studying at university.