On a sunny day, the beautiful scarlet red bridge arching over the Daiya River is a sight to see as the golden rays of the sun increase the vibrancy of the paint and make the waters below sparkle like thousands of diamonds cascading down a slippery curtain of light blue silk. The rushing water of the river is tempered by the stillness of the Shinkyo Bridge also known as The Sacred Bridge. It belongs to the Futarasan Shrine and sets the mood for the sights that lay beyond the bridge.

Opposite this beautiful bridge river combination is the Shrines and Temples of Nikko which is a UNESCO World Heritage Site. Stepping into the site gives one a peaceful feeling as you leave the chaos of the tar and concrete jungle behind and start meandering through quiet, forested areas with low foot traffic. If you zoom out, you can truly appreciate the scope of what is available to sightsee. The layout on Google Maps shows only green signalling that you have now crossed over into Nikko National Park, which is the home of at least two mountains and is connected to another park, the Oze National Park. 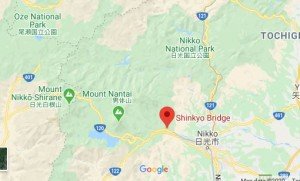 Nowadays, everyone is a photo hog (greedy for the perfect selfie and amazing location shots that are intended to provoke the envy of others once they are viewed on social media) and this site does not disappoint. It helped that the weather was comfortable and it was not congested with throngs of tourists. There were a few path options each with something different and special to enjoy. 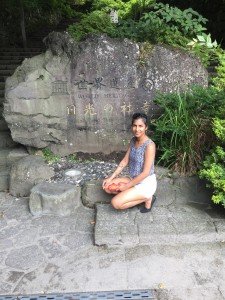 Almost all of the present-day shrine complex was rebuilt in 1636, twenty years after Tokugawa Ieyasu’s enshrinement. Fifty-five buildings, including Yomeimon Gate (designated a National Treasure), were completed in just one year and five months. According to the shrine’s financial records, the cost was equivalent to of ¥40 billion in today’s money. The renovation project was administered by Akimoto Yasutomo, the governor of Tajima Province, and the actual construction and carpentry work was the responsibility of master carpenter Kora Bungo Munehiro. 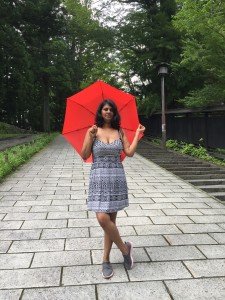 One of the special features of the shrine complex is the use of paths and stairways that follow the natural topography of the site, allowing the arrangement of the shrine buildings in a pleasing balance to create a solemn, religious atmosphere. As a visitor, I can definitely testify that this is true as I was filled with serenity and calm as I explored.

The buildings are lacquered and decorated with lively colours, and the pillars and other structures are covered in a multitude of carvings. The carvings are not simply design elements; they convey expressions of religious belief as well as scholarship and philosophy.

The shrine complex was registered as a World Heritage site in December 1999.