Concerns about a resurgence of infections across Japan…

Adding to concerns about a resurgence of infections across Japan...
We are pretty concerned as we are living in a sharehouse. We are located in Chiba and also close to Tokyo. I am suprised that Tokyo reported 463 new coronavirus infections on Friday, a record daily increase.
One of our sharemates told me that the figure tops the previous single-day record of 367 marked Thursday,
adding to concerns about a resurgence of infections across Japan, which fully lifted a state of emergency in late May.
The mates also said that Tokyo could declare a state of emergency of its own if the situation worsens. I learned that Tokyo governor comments were in contrast to those of Chief Cabinet Secretary Yoshihide Suga who said earlier Friday that Japan does not need to reimpose a state of emergency, Reuters reported. I am surprised that Suga said the current trend in infections was different from that in March and April.
The cumulative total of infections in Tokyo stands at 12,691, about half of which were reported this month. This guy is the one who knows everything. 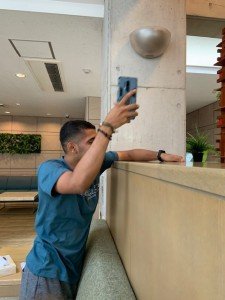