Can someone recommend some good ways of enjoying the leisure time at home?

We were talking about really difficult terms like 四半期決済、決算報告書... I was always asking if I were to use it in a sentence how can I use? So that I can put into practice. And he brought up interesting topic in the lounge here at social residence Narita. The metropolitan government has requested that establishments serving alcohol and karaoke parlors again close early to prevent a further spread of the virus. Koike requested that such businesses operate between 5 a.m. and 10 p.m. from Monday through the end of August, and said the metropolitan government will pay 200,000 yen to each business abiding by virus-prevention guidelines. So we would be having such difficult time to have enjoy ourselfs.

The daily figures announced by the metropolitan government reflect the most recent totals reported by health authorities and medical institutions in the capital.
In total, Japan confirmed at least 1,307 new coronavirus cases nationwide, marking a record daily increase for the third consecutive day.
Said it before, say it again and waiting for those to deny everything again.
More than 400 after the 4-day-weekend? Just wait and see what will happen during the summer vacation and Obon time.
400!!! Next are we heading towards the 4 digit mark?
We really wanted to go out during the Obon holidays, but now doing so is like playing with fire...
Can someone recommend some good ways of enjoying the leisure time at home? 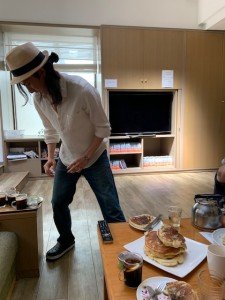