Today´s adventure is all about Sendai.
A city that I visited a while ago and brought me lots of joy and memories that I'll never forget.

Sendai is a very historical and important city in the north-west of Tokyo. It is not too big nor too small and the previous home of Date Masamune, one of Japans finest warriors back then. You want to explore Japans history? You have to go there. It is only 2 hours away from Tokyo by bullet train. 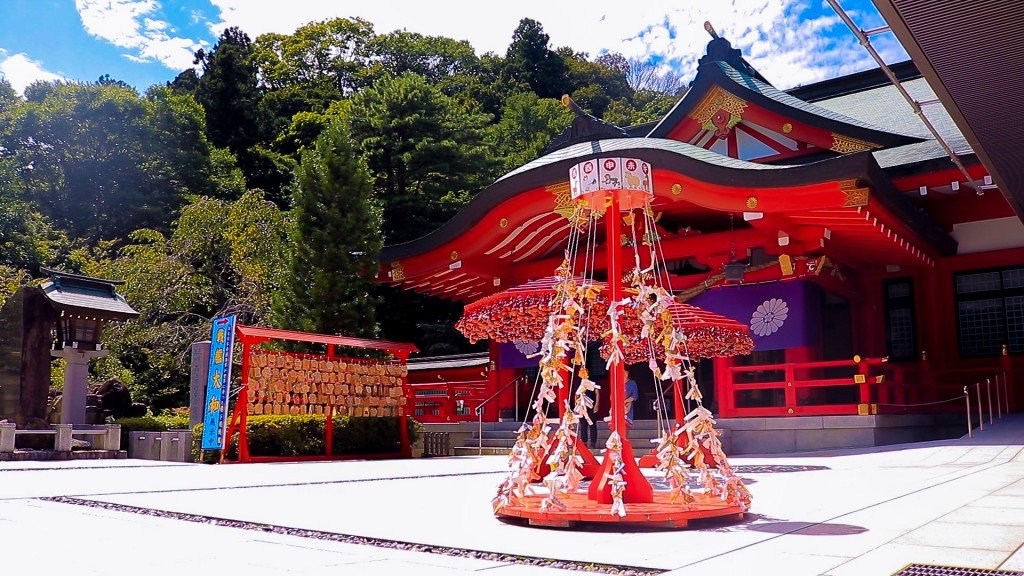 HISTORY LESSON Sendai is the 20th most designated city of Japan and is the capital of the Miyagi Prefecture. It is the largest city of the Tohoku region and second largest in the north of Tokyo. Date Masamune was the founder in the 16th century and Sendai is also called Mori no Miyako, City of Trees. Back then the streets have been lined up with the zelkova tree. They are decorated for festivals. One of them is the Tanabata festival in summer and the biggest of entire Japan.

#TanabataFestival たなばた or 七夕, meaning "Evening of the seventh" or Star festival, Hoshi Matsuri, is orignated from the Chinese Qixi festival. It is about a story of the deities Orihime and Hikoboshi that are only able to see each other once a year that are presented by the stars Vega and Altair. They are separated by the Milky Way and between July and August they are allowed to meet each other to fall in love all over again.

#DateMasamune
Mentioned before, he is the founder of Sendai. But also a very important figure of the early Edo Period. He is referred to be an outstanding tactician and through the loss of one eye, often called the one-eyed dragon of Oshu. Masamune's army was recognized by its black armour and golden headgear that has already a very elegant and powerful looking.

In the early age of 17 he succeeded his father and became the new head of the family. First he didn't want to follow the commands of the virtual ruler Hideyoshi, but he had no choice as to serve him. After a meeting, and Date Masamune's believing of being executed he was wearing his best clothes, but was spared later on, because he could have been useful in what was about to come. And even though a lot of allies have been suspicious of Date's purpose, he was always loyal to Tokugawa and Toyotomi clan. Which gained him respect, next to the Hideyoshi campaigns in Korea, and the Osaka campaigns.
He was a wise man, with a wife, several concubines and children. While getting older and being on his deathbed, Tokugawa Leyasu visited him to read a piece of Zen poetry which has been an honour.

10 THINGS YOU HAVE TO DO WHILE VISITING SENDAI

1# MASAMUNE's GRAVE AT ZUIHODEN MAUSOLEUM
It is a beautiful place to rest and everything is translated in English so that you can read a bit more of his history. Not only his, but also Date's wife and children are laying there. Did you know that a lot of his most valued advisors, soldiers and friends began suicide so that they can follow him to continue their work? Slightly shocking, but it is a sign of very deep respect and honour.

2# TANABATA FESTIVAL IN SUMMER
One of the biggest festivals, lots of street food, traditional Japanese clothes that you can rent as well, music, lots of different stands and fun for the entire family.

3# AOBA CASTLE
Residence of Date Masamune. It is a really nice platform and a museum was built with a lot of nice furniture and objects from the time period where he has lived. Sadly his castle is not there any more, only the fundaments and a map that is showing how it must have looked like. In Japan almost everything is built out of wood and a lot of castles and mansions were destroyed during the centuries. It is a little walk up a hill, but totally worth it and after a little bit of sightseeing a small stand with fried corn is waiting for you to be eaten.

4# RINNOJI TEMPLE
The temple was founded by one of the members of the Date clan in 1441. Even though it may seem at first as a sort of very regular temple, soon you'll be surprised by its beautiful garden and pagoda. Rinnoji is the family temple of the Date clan, but it was first located somewhere else and moved together with the Date family in the early 1600s in the present spot in Sendai. All the buildings have been restored to their original appearances so that they can be visited the way it must have looked like while Date Masamune himself walked through the temple.

5# YAMADERA TEMPLE
A small trip by train out of Sendai. The best way to escape the busy city live and to go on a hike. It'll be an experience that you won't forget that fast, specially to 1000 stairs can be tricky. Therefore, take your hiking boots and lots of water with you. Don't worry, upstairs are vending machines and the small village that is lying in front of the Yamadera temple down below the hill, are amazing and delicious restaurants that make you drool like you never ever did before. Check out the video on top. In the very end you'll see some scenes of the temple and the restaurant we visited. Home-made Soba and buckwheat noodles, everything fresh out of the garden, unbelievable tasty.

6# DOWNTOWN SENDAI
Explore and do some shopping in the down town of Sendai. A big hallway with hundreds of stores and amusements are waiting for you to be found. During the day and during the night, no matter when, it is always full and crowded. Although, it is funny while men or women try to give you flyer for the bar or restaurant they work for and are shy to talk to you in English. But as long as you are smiling, thanking them they smile even bigger and are happy about the contact they made. Everything you need while staying in Sendai you'll find here.

7# LOOPLE SENDAI
For a fast sightseeing from attractions like Zuihoden, Aoba Castle, Sendai City Museum and other touristic spots you can hop on and hop off that bus. Easy, fast and a vintage touch.

A day pass costs 620 yen, which is around 4 Euros or a single ride costs about 260 yen. The ticket is not valid in regular busses.

You can have it all. From a relaxed evening in a hot spring, to a picnic in a park, a long cool walk next to the trees. Nature is all year around in Sendai.

From bright-green zunda mochi to grilled ox tongue, special fish and much more. You won't go hungry to bed.

Sendai Gyutan Taka in Ichibancho the restaurant where you should try the tongue is small, but the feeling of luxurious is just getting bigger. They have a menu for dinner and the Gyutan Taka is the number one on their list. Price is reasonable and you can pay a visit for lunch as well.

Murakami-ya Mochi-ten. A well-established Mochi shop since Meiji period and it's said, that it may be the birthplace of the Zunda Mochi. Every Mochi is hand made, and they use no artificial ingredients or what so ever. They stick to their ancestors recipes and you can taste it.

Shiroishi Umen, noodles that have a history of 400 years. Amabuki-tei is a specialized Umen restaurant that offers these local dish with a lot of variations. Come in, take a seat and enjoy. Sadly it is not based in Sendai, but the small town Shiroishi, guess how the noodles got their name, is nearby and can be explored during a day trip.

You like to drink, you like to take a look behind the scenes? Get your ticket for the Miyagikyo distillery and enjoy a nice trip of some Japanese brewery history.

45 minutes tour and get to know the process to go through the different stages and buildings of production, after that you get your own little glass, filled with whiskey to try.

You can explore more, but these stops are a good beginning to figure out what you like to do and where to go.

HERE IS THE LINK OF A VIDEO THAT I MADE OF SENDAI!