10 THINGS TO EXPLORE IN KYOTO

One of the most beautiful traditional cities of Japan. Experience amazing local food, a Japanese tea ceremony, walk through the oldest part of the city and feel like a time traveller, visit the Fushimi Inari Shrine, take a break get your street food, continue.

Being in Japan, means visiting Kyoto. The city where present and past collide.

HISTORY LESSON
Located in the Kansai region of the island from Honshu, Kyoto is one of the oldest cities of Japan. Dates are getting back to 794 where the imperial court decided it'll be the new seat of the emperors. From there they ruled over Japan for the following eleven centuries until 1869 when they decided to relocate the court to Tokyo.

During the 2nd world war it was confirmed that the atomic bomb that hit Nagasaki should have been first for Kyoto, because back than it was one of the strongest and historic most important metropolis of the entire country and would have had a massive impact for the emperor to surrender.

Besides Kyoto is considered as the cultural capital of Japan and is a major tourist destination. Since it is home to numerous Buddhist temples, Shinto shrines, palaces, pagodas, beautiful gardens that symbolize peace and harmony wherever you go, are listed collectively by UNESCO as a World Heritage Site. And after visiting Kyoto, I have to say, they are absolutely accurate about that. 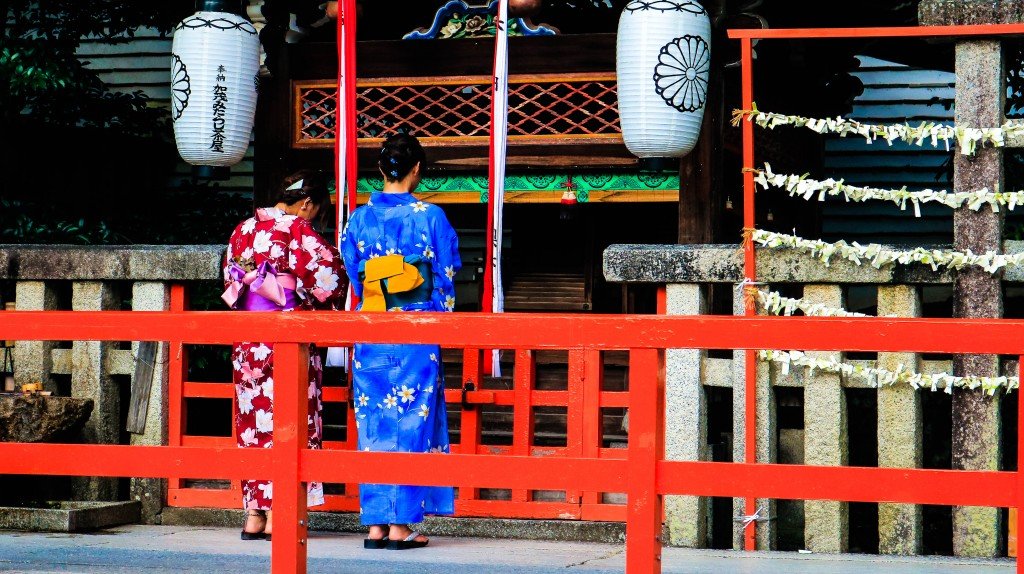 10 THINGS TO EXPLORE WHILE BEING IN KYOTO

With its 2,000 religious places – such as 1,600 Buddhist temples and over 400 Shinto shrines that are available to visit, you will quickly realize, there is even more.

Plenty of palaces, gardens that are all architectural intact makes Kyoto to one of a lifetime experience. Specially for people who are interested in history of the country and are maybe a bit addicted to the past.

1# GION
Back then it was the red light district of the city, but now, it is one of the most beautiful and historic part of the city. Back then when it was originally developed during the Sengoku period, it was a district built to accommodate the needs of travellers and visitors of the Gion shrine. Soon after it evolved to one of the most exclusive and well-known geisha districts.

In Kyoto, the Geisha that only means something like "artist" or "person of art", referred themselves more as Geiko - "woman of art". 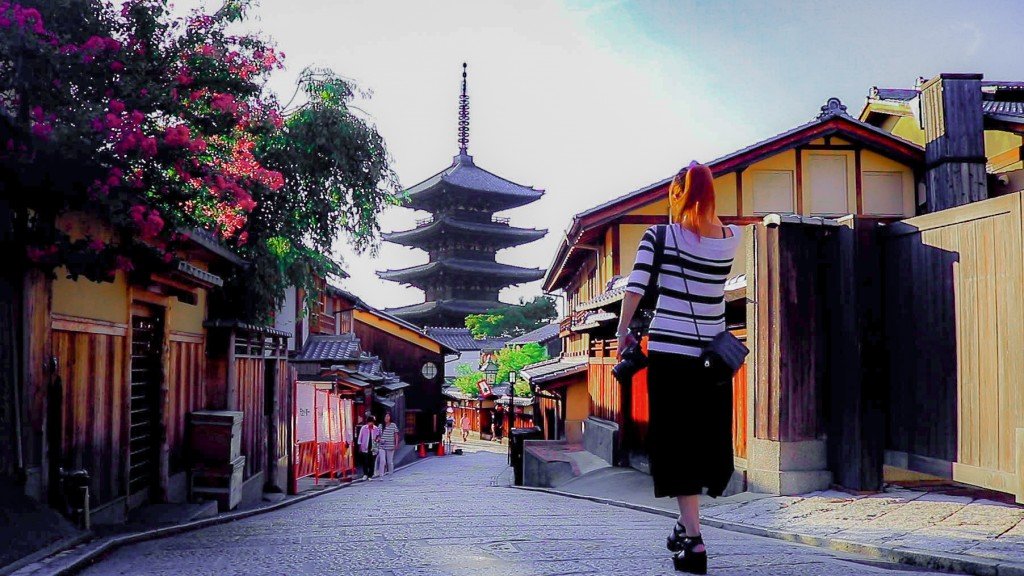 2# FUSHIMI INARI SHRINE
The Kami Inari, located in Fushimi-Ku; Kyoto of the Kyoto prefecture, one of the most impressive shrines can be found on top of a hill, or better it is surrounding the hill.

Merchants and manufacturers have traditionally worshipped Inari as the patron of business. Originally Inari is the kami (spirit) of rice, but changed during the time.

Each of the torii (gate) at Fushimi Inari-taisha has been donated by Japanese businesses and it is said, that there are as many as 32,000 sub-shrines throughout Japan. 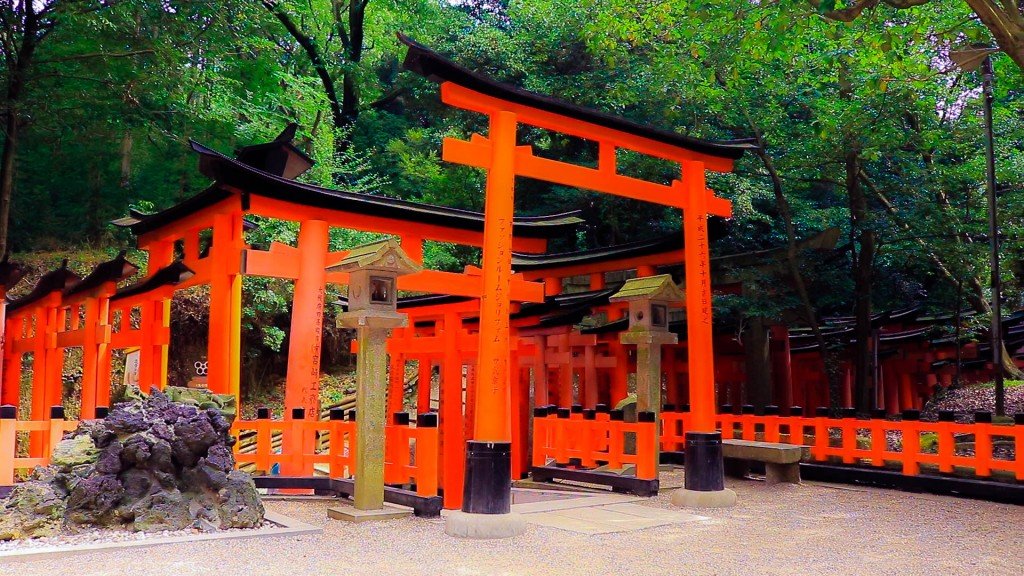 You'll find the entrance of the shrine just outside from the Inari Station on the Nara Line which is only a 5 minutes ride from Kyoto Station. Other than that you can take the Main Line of the Keihan Electric Railway and get out at the Fushimi-Inari Station. Both is easy to find.

3# IMPERIAL PALACE & GARDEN
Back then, before 1868, it has been the main residence of Japan's imperial family. The palace is surrounded by a massive park that is more like a forest and you need a while to walk through it. Other than that you'll find beautiful big butterflies, squirrels, children taking a bath in a small lake and in every single corner you are about to find small shrines and temples that belong to the imperial palace. Everything can be explored and the best, it is totally for free.

How to get there:

It is an only a short subway ride from Kyoto Station along the Karasuma Subway Line. Get off at Marutamachi or Imadegawa Station. Small side note, Imadegawa Station is closer to the entrance gate, but you won't see as much as you may like to from the park. 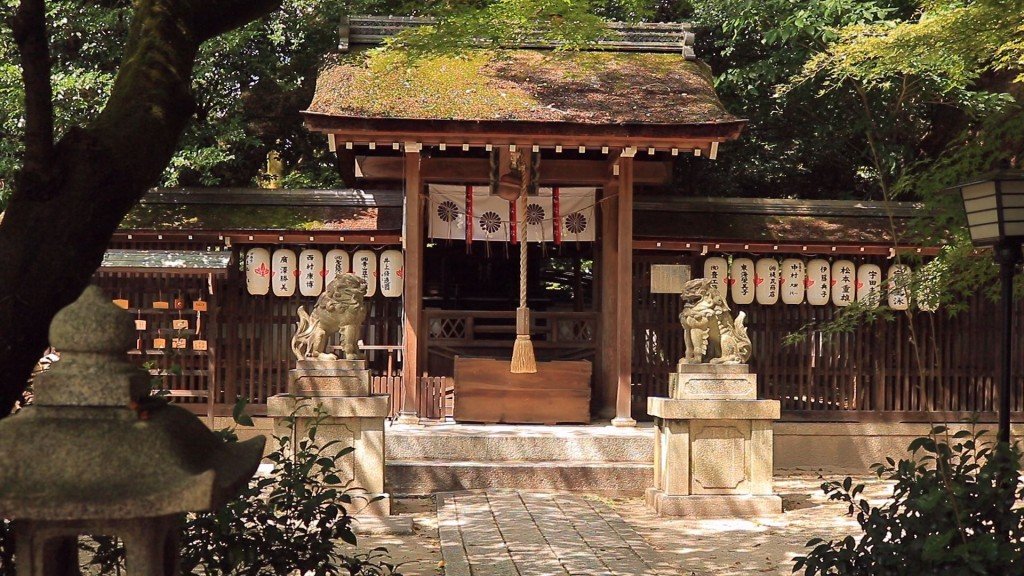 4# KINKAKU-Ji - THE TEMPLE OF THE GOLDEN PAVILION
A Zen-Buddhist temple that attracts a large number of tourists each year and is one of the most visited places in Japan. Officially it is named Rukuon-Ji, literally "deer garden temple" and belongs to one of the 17 locations of Kyoto that belong to the National Heritage Sites.

Totally a must-see while wandering around in one of the most beautiful cities of Japan.

5# GINKAKU-JI - THE TEMPLE OF THE SILVER PAVILION
Which is actually more famous for its rock garden is having, like the Kinkaku-Ji a different name, Jishō-ji. The actual construction began February 21, 1482, but it was never finished, due to the death of Ashikaga Yoshimasa, which was actually the grandson of the founder of the golden pavilion. It is said that the construction had to be halted, because of the Onin War. Yoshimasa's intention to cover the structure with a distinctive silver-foil overlay never was accomplished and was kept the way he last saw it.

6# KIYOMIZU-DERA
Is an independent Buddhist temple in the east of Kyoto. The present building were constructed in 1633 and not a single nail is used for the entire structure which is nearly impossible to understand when you are standing in front of it. It is huge, impressive, even breathtaking and to know that kind of small detail makes it surely more special than it has been before.

Kiyomizu means "clear water", or "pure water" and the temple takes its name from the waterfall within the complex, that runs off the nearby hills. Since the construction does not have a single nail, it is almost the feeling of being fluent and every single part fits perfectly to another, the same as water runs through the riverbed and it makes more sense now to understand the name in that context.

7# KAMO SHRINE
The upper and lower shrines are lying in one of the oldest parts of the capital that always have been known as the "devils gate". It is called that way, because due to traditional beliefs, the north-east corner is bringing misfortune. The Kamo river is also running through that part and is one more reason why it is called Kamo Shrine. And to prevent demons from entering the city and the following towns, they built these shrines. They belong to the UNESCO and World Heritage Sites of Japan.

Not only the story behind the Kamo shrine is an interesting one, but also the pathway which is called the forest where lies are revealed has a slightly creepy name, but is beautiful in nature. The same for the shrines and the rest of the area.

8# NISHIKI FOOD MARKET
Is an area known to locals as the Kitchen of Kyoto. You can go on a food tour with a guide or just wandering around and find yourself suddenly in the middle of the action.

It is a five block long shopping street that has everything a foodie can dream off. The stores are specialized in all things that are food related, like fresh seafood, produce, knives and generally cookware. It is a great place to find seasonal foods and Kyoto specialities, such as Japanese sweets, pickles, fresh to dried seafood and really tasteful sushi.

It gets even better, you are someone with a green footprint, you always try to eat products that are locally produced, harvested and sold. Guess what? Most of the food you get there is from local farmers and fishermen. Yes!

9# BAMBOO FOREST
Go there very, very, very, early in the morning. Otherwise, it'll be crowded and you won't enjoy it as much as you could. Specially during hot summer or middle of the winter it can be exhausting to walk a few steps and stop over and over again. Next to it, photos should look much better without a crowd of people, walking through the screen.


Sometimes you find some funny moments as well. Don't judge me, I had to keep it save as memory and to proof humour is everywhere. ;) 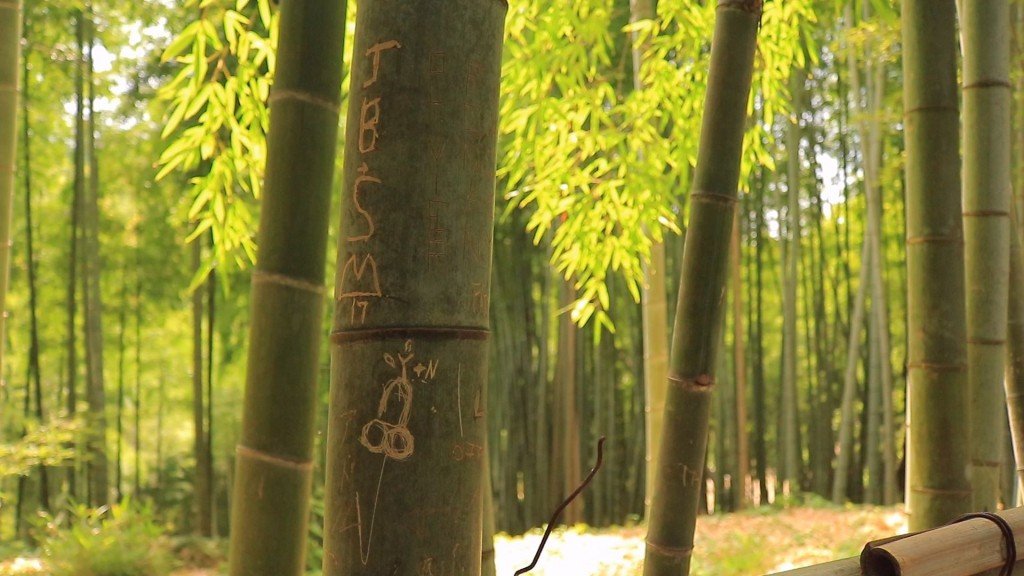 10# TOEI KYOTO STUDIO PARK
One in a lifetime experience. Do you always wanted to know how it must have been to live in ancient Japan? Now all your dreams become true! Go there, rent clothes, feel like you never have before. Be it a regular Kimono or a full costume of an authentic Samurai. Everything is possible.

There is so much more to explore, but that's a good first impression of what to see and to do in Kyoto.

HERE IS THE LINK OF A VIDEO THAT I MADE OF KYOTO!