OSo the tent making project was going semi-well. With so many hands around, it was bound to be mounted sooner rather than later. Another thing to factor in when choosing a camping spot is the consolidation between your resources and nature’s. If you have taken limited resources to the woods then of course you have to rely on what you can find to fill the gaps.

The rain certainly gave us a run for our money while we were trying to set up. The rainfall was heavy and consistent enough to make child-friendly sized pools that not only made the tarpaulin heavier but operated as an unexpected deluge that could soak you from head to foot, or failing that, hit the muddy ground with such force that nothing for about two feet around it was spared from the dirty debris that was splashed around. This was one of rain games; someone trying to jump and smack the pool of water with enough force for it to exit and land at a safe distance from the camp site.

We were strained trying to keep the waterproof cloth attached to the anchoring poles in a shape that would be most effective. Part of the reason was that we needed to rely on trees as well to secure three ends of the tarp. It was pulled this way and that (as were we) while the main carpenter tried to judge if all was going well. We were almost doing a rain dance when I think about it now. 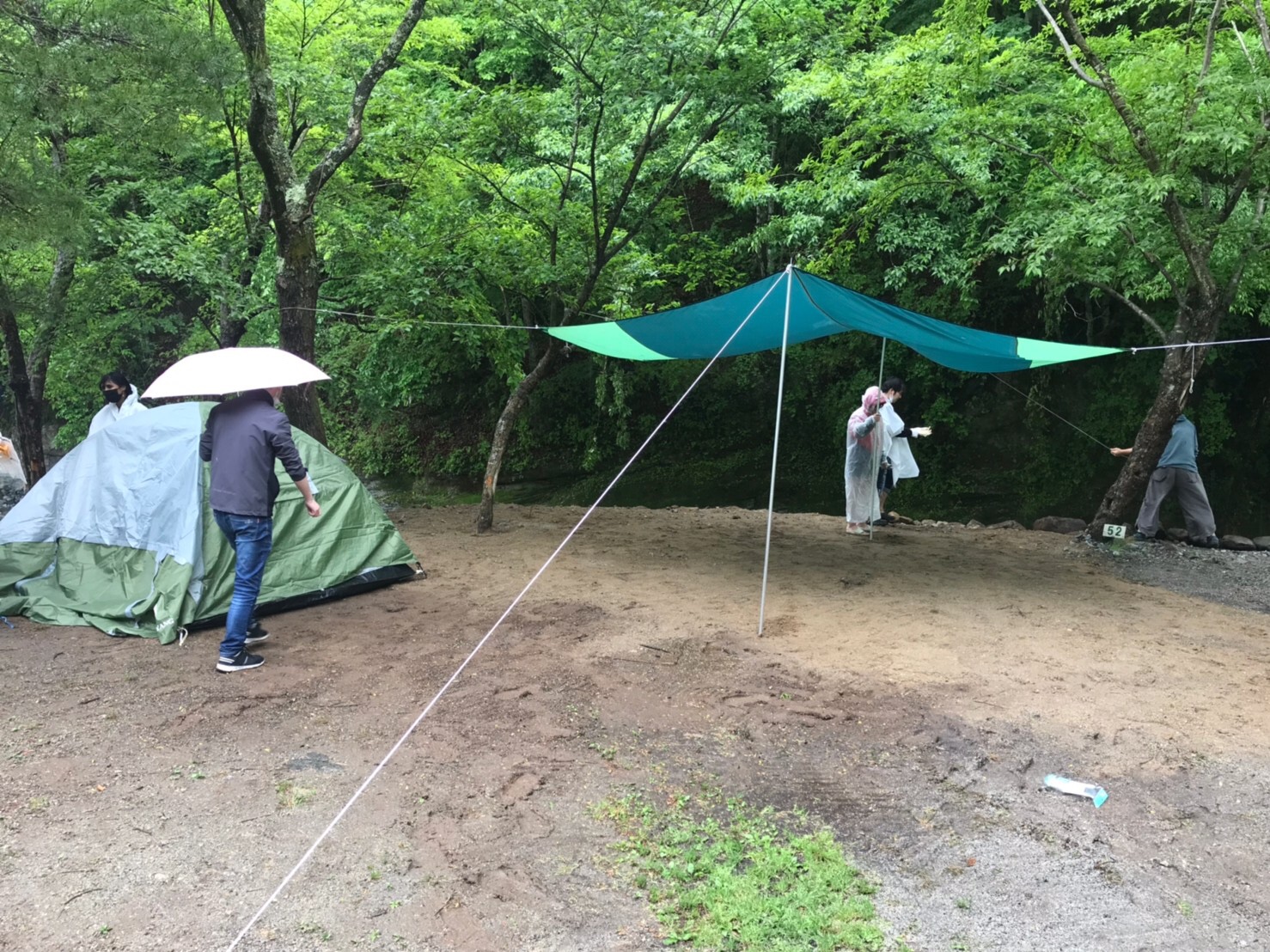 Another team was also at work pitching a tent. It was my first time to see a tent up close much less to help build one so I was helping the owner out of interest and cooperation. The idea was to have two resting places ready for use around the same time so things could be kept dry while work was being done. The owner having forgotten about how to construct the tent set about trying to work it out as more pieces of the gear were revealed. It seemed simple enough. Make a dome-shaped skeleton out of flexible poles, secure them, drape the tent cloth over the poles and then tie them to the anchoring pins that secured the poles.

In the end both constructs were not the best or perfect but they served their purpose. The next daunting task was to dry all of the bags and equipment that were wet and to clean the oversized picnic mat that served as our floor. We all had an interest in getting this done as soon as possible because after that we could get the barbecue started and have lunch!