What is going on

Here a quick look at what's going on:
What about Tokyo's worrisome summer heat? How has it been so far?
Before the pandemic and the postponement, the major worry for organizers was Tokyo's stifling summer heat. The summer of 2019 was tough, but so far this summer has been mild and damp. Temperatures this first week have been in the 27-30 Celsius range — low 80sF — with some morning and evening showers, a few sunny afternoons, and no real heat although it's almost always humid. The forecast for next week looks nearly perfect with mild temperatures and more sunshine.
The International Olympic Committee was so concerned about the heat that President Thomas Bach pressured Tokyo organizers last year to move the marathons and the race walks 800 kilometers north to Sapporo,
which is also a leading candidate to land the 2030 Winter Olympics.
The move set off a public squabble between the IOC and Tokyo Gov Yuriko Koike. It also cost millions. 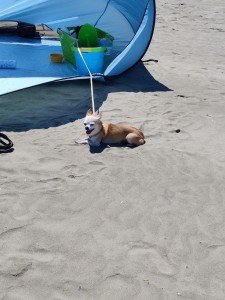