One of the most interesting things about Japan is the evidence of the past lingering in modern day jungles of buildings and houses in the form of shrines and temples. It is not only the signs of the past that can be stumbled upon but also well-maintained parks and gardens that can help you reconnect with nature and forget the stress of being enclosed by four concrete walls. You do not actually need to leave the city if you want to have a relaxed day in a scenic landscape.

One of the best places to visit would be the Shinjuku National Park. For a minimal fee of five hundred yen you can linger in the park from nine in the morning until four thirty in the evening. I have been there about four times and it is worth the visit to enjoy the cherry blossoms in spring and the changing leaves in autumn.

Even outside of the seasonal events, there is much to see and do at this park. The facilities in the garden include a greenhouse, an information centre, a rest house, a restaurant called Yurinoki, the Café Hananoki and Shouten-Tei and Rakuu-Tei Tea Houses. It should be noted that Rakuu-Tei opens only with a reservation. There also feature Starbucks Coffee which opens on weekdays for dine in customers but does TO GO only on Saturdays, Sundays and National Holidays. Another facility with limited entrance times is the Old Imperial Rest House, Kyu-Gokyu-Sho, which opens on only Saturdays, Sundays and National Holidays.

Shinjuku Gyoen was constructed on the site of a private mansion belonging to Lord Naito, a "daimyo"(feudal lord) of the Edo era. Completed in 1906 as an imperial garden, it was re-designated as a national garden after the Second World War and opened to the public. It is representative of a modern western-style garden in the Meiji era, and blends three distinct styles, a formal garden, a landscape garden and a Japanese traditional garden, and is considered to be one of the most important gardens from the Meiji era.

The shrine we were at on that day as well as the Shinjuku National Park are great locations within Tokyo that can provide spectacular disconnection and escape from the rut of daily life.

The highlight was certainly the giant, stone replica of Buddha but the overall day was great. We made our way down another steep, concrete path and called it a day. It was time for lunch - at three in the evening, mind you. 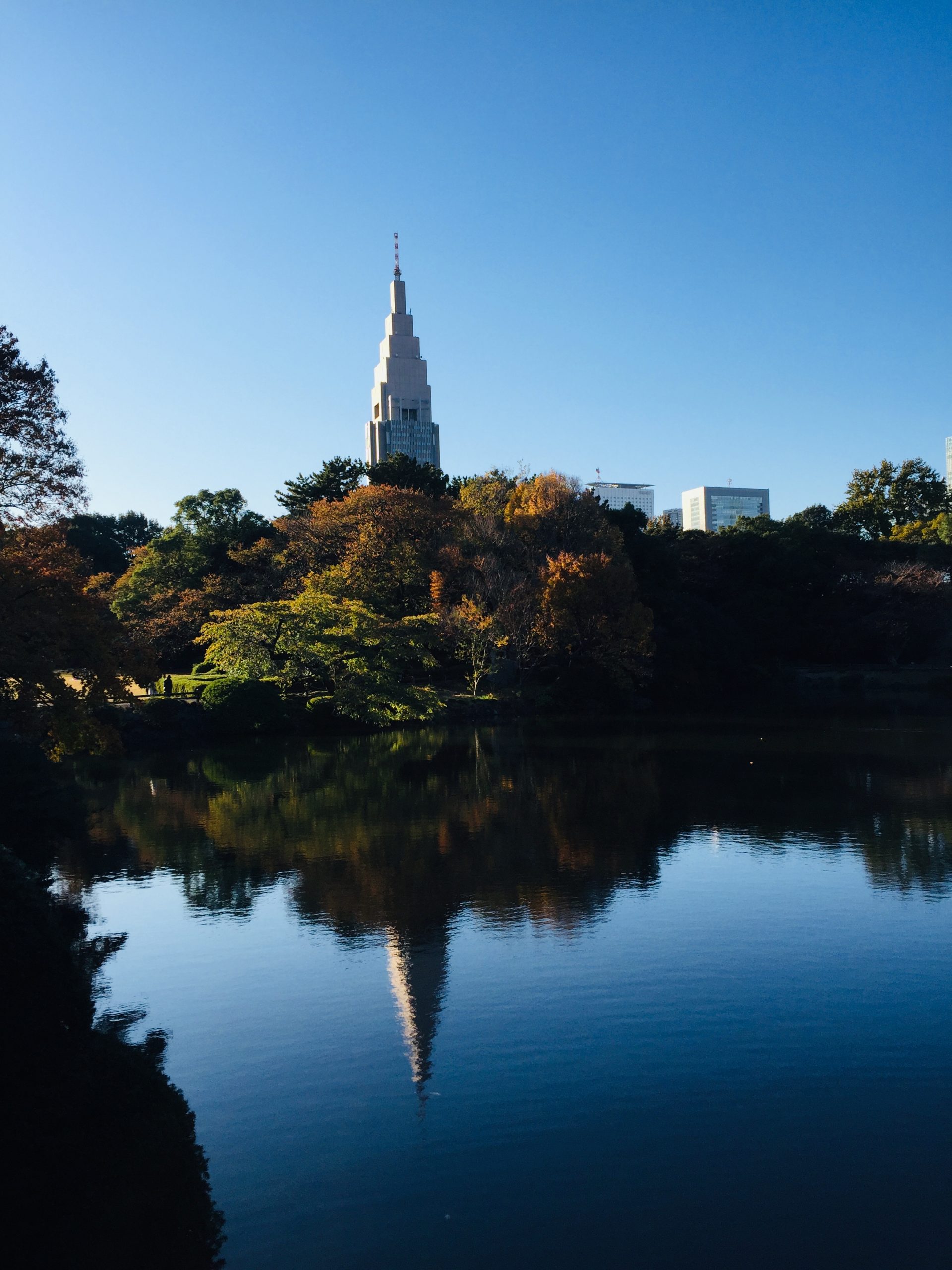