In my country, the population is around one million. In terms of transport, it is very basic. We have buses, bicycles, taxis, maxi taxis and of course, most people have their own private vehicles. Cars can be bought very cheaply and maintenance thereafter is not a headache as you can park freely anywhere and inspection costs and so on are low. I travelled a lot before moving so I was familiar with transportation systems in developed countries. What separates Japan from other countries is the cleanliness of public areas and property, the way things are built with the customer’s comfort in mind and how convenient everything is.

I was lucky to accidentally run into a foreigner who had experience travelling around Japan when I had landed in Narita. She advised me on getting tickets and which was the best train to take. Together we had journeyed to one of the most iconic places in Japan - Shibuya City. I was severely impressed by the layout of the bullet from the airport. There were large storage racks and open spaces for luggage. Thereafter you could move to a comfortable seat with a reclining back rest and wide-leg room. Seats faced each other; so if you were a family, it would be like a sitting huddle. There were also side tray tables for eating and drinking. Between the cars I could find clean toilets and standing room for you to stretch your legs or make a personal call. Later on a trolley would pass through with food and drinks for sale.

There are some more luxurious trains if you want to experience something different in life. For longer journeys, you can sit for a few hours on a train with almost floor to ceiling windows to enjoy the view while you enjoy an elegant meal for around ten thousand yen.  They were aptly coined as ‘restaurant trains’.  Food dominates most of the recreational activties in Japan.

Japanese architect Kazuyo Sejima designed the Laview commuter train with huge passenger windows and a curved glass nose, which is now in operation between Tokyo and Saitama.

The trains designed by this Tokyo-based revolutionary artist, who heads up SANAA with Ryue Nishizawa, have been running on the line between Tokyo's Ikebukuro station and Chichibu in neighbouring Saitama prefecture since earlier this year.  I was trying to cut cost so I skipped booking a trip on this train but will definitely try it the next time I travel. 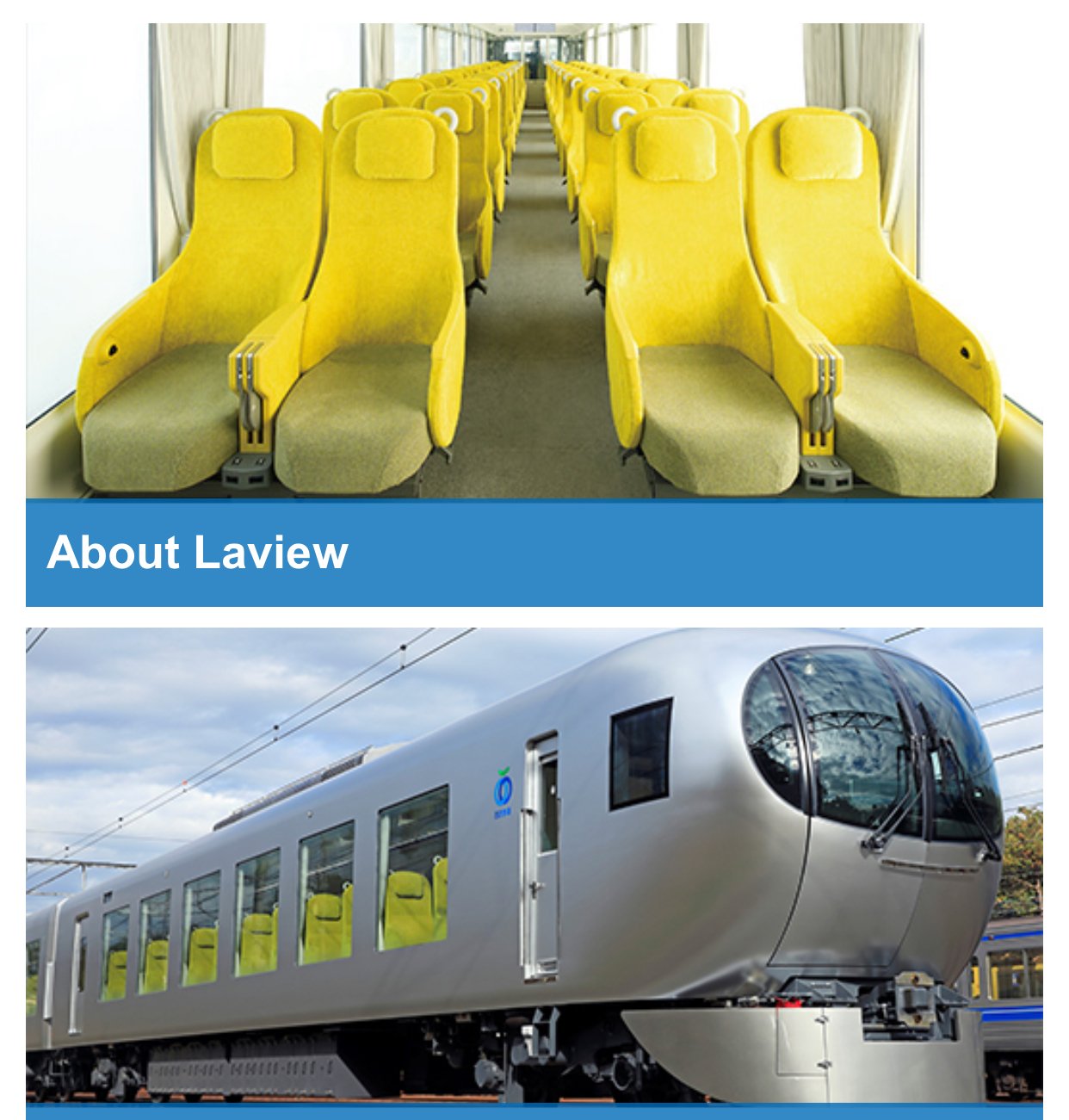