Bowling with former housemates in Kichijoji 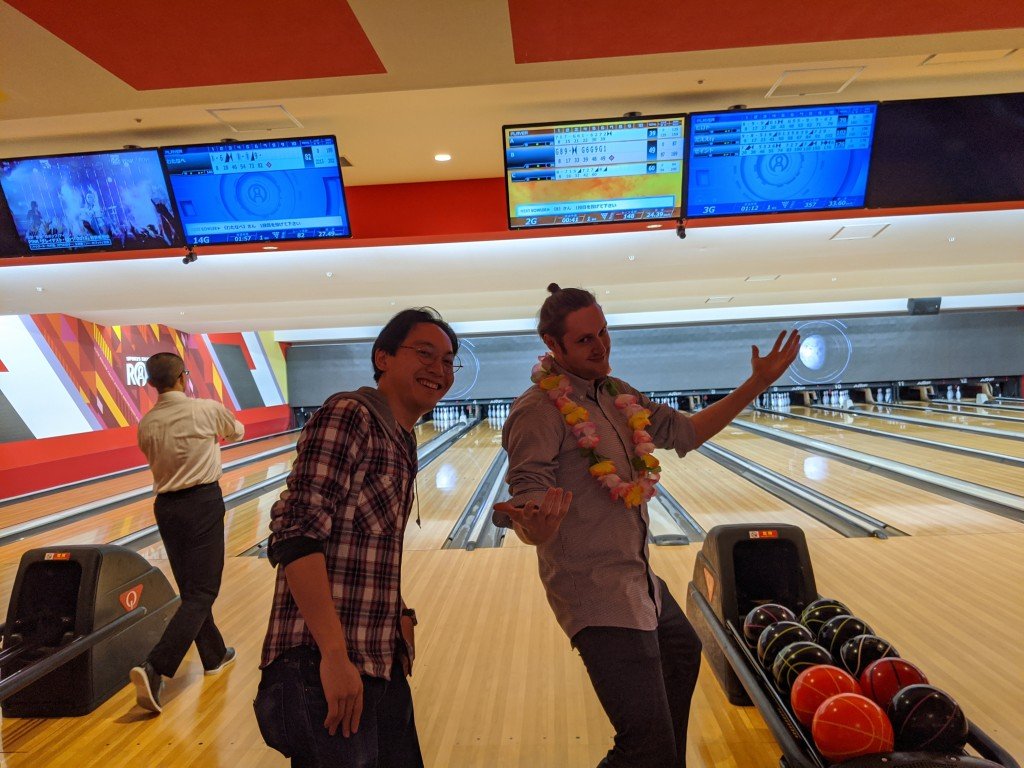 Bowling, in my opinion, is one of the most underrated activities in Tokyo. It is hardly the popular things to do for most people and it has the image of something old school like it was popular back in the 80s. The part of the reason why people think it’s old is because most local bowling lanes are actually really old.
It was quite a surprise when I heard there’s a new bowling lanes opening in Kichijoji. Back then I was still living in Oakhouse Kichijoji 2 where this lane would be located within the walking distance from the house.

Even after the new lanes open as Round One Kichijoji and I was pretty excited to try the place out, I realized that it didn’t really attract me for some reason. Now I that I think about it, I should’ve tried out the bowling at least.
Just a couple of weeks ago, me and two of my former Kichijoji2 housemates somehow ended up going to this bowling place in Kichijoji. I had never done bowling at this place and I didn’t even remember bowling in Tokyo ever actually.

Decent pricing for a new and clean facility

We knew there are two places in Kichijoji where we can possibly bowl. One in Tokyo Bowling Center which is inside the hotel close to Tokyu store. We went there first but the place was closing in 30 mins. I remember it was around 9:30pm so this place closes pretty early for a bowling place. I also thought this bowling place is one of the old ones. Saying that it was a interior of 80s just sounds pretty cool and that’s a compliment but that actually is not a compliment in Japan. It just means it’s old in a bad way. 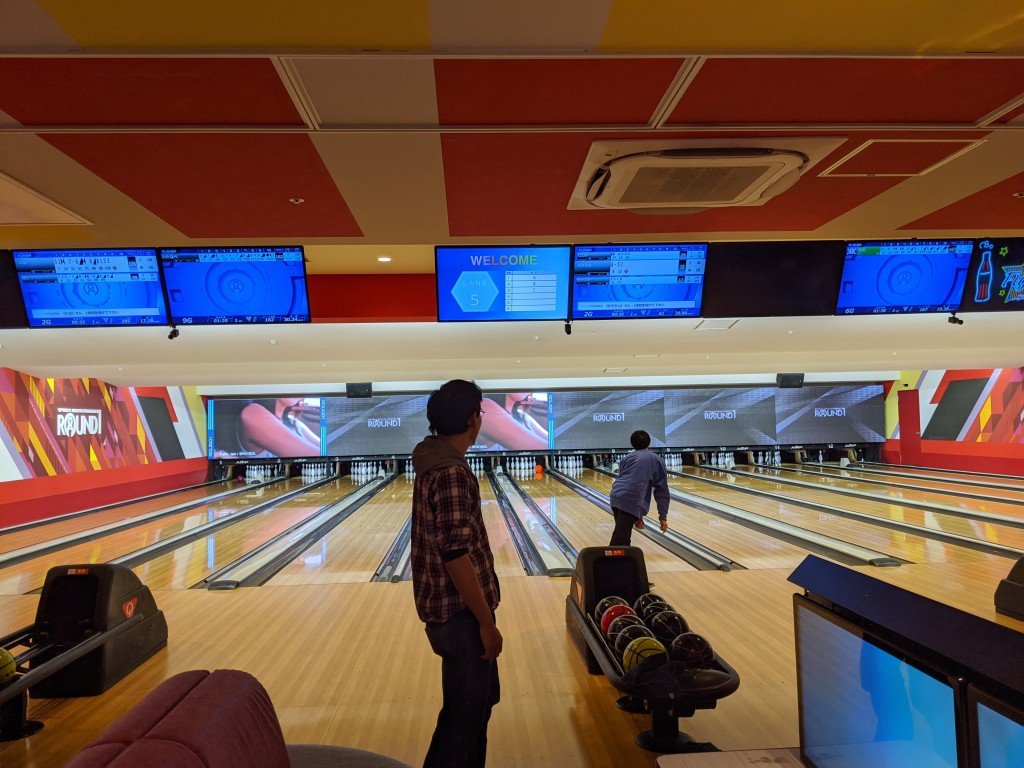 How the bowling lanes look like in Round One Kichijoji.

Then we were headed to Round One Kichijoji which is located at the end of Sun Road.
We did two games for about 1800 yen each which is probably the same for any other lanes in Tokyo.

Round One does something called Strike Challenge which is they darken the entire floor for a single throw and everyone is supposed to throw at the same time. This is a tricky one because the lighting is different and you almost not be able to see the lane but only the pins ahead of the lane. Also this event is something only happening once a game.

My friend Thomas actually got a strike and he was the only one who got it out of all lanes on the same floor. It was the highlight of the entire night that day.

Free Purikura as a prize

Well, it wouldn't even have crossed my mind to do Purikura with just three guys after work. We did it anyway. It was offered as a gift for that strike that Thomas got and it would have been wasted if we didn't. So why not!

I really didn't expect this random bowling to be this much fun. I somehow got the best score of my entire life too. If you're looking for a place for bowling in Kichijoji, Round One is the place you should try out.