There seemed to be a condemned subway  stairway entrance greeting us when we entered the park that semi-circled Lake Sagami. It was boiling hot and after the ten or fifteen minute walk to get there, I was desperate for shade. There was a small pavilion and other tall pieces of plastic and concrete art littered around the area. 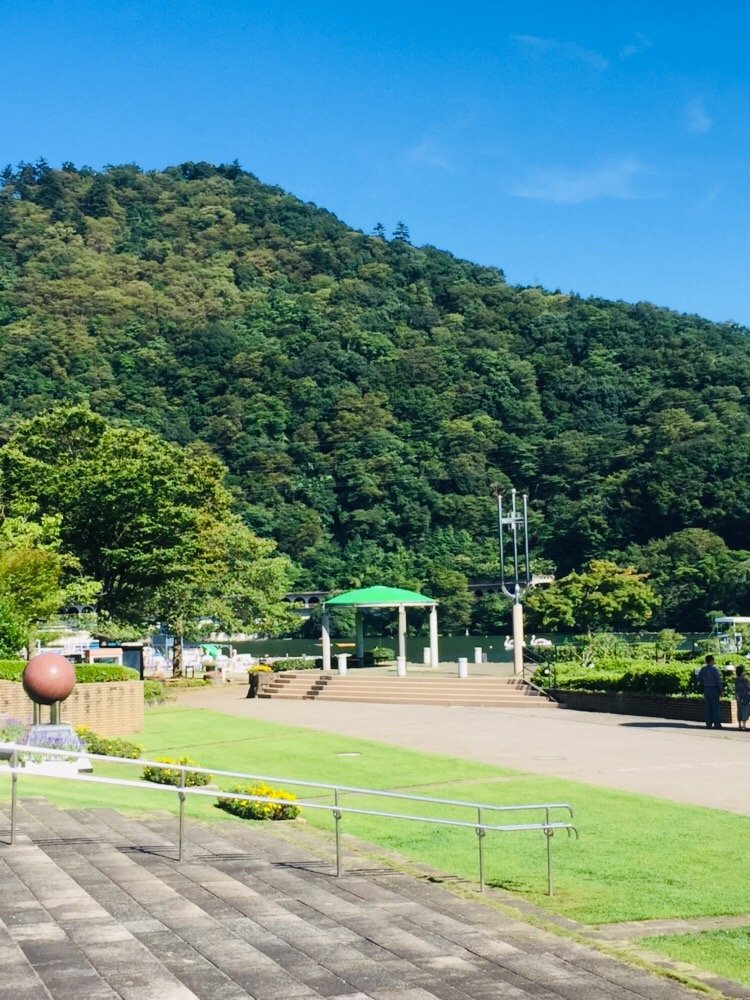 Heat aside, the view was breathtaking. As it was a clear, beautiful day, nature was at its best, the pure hues of blue, green and navy making everything seem visually vibrant and alive. There was no wind however. The air was absolutely still and out there where there was no traffic and infrastructure, there was no noise attacking your sense of hearing. You could hear yourself think and immerse yourself in the experience. 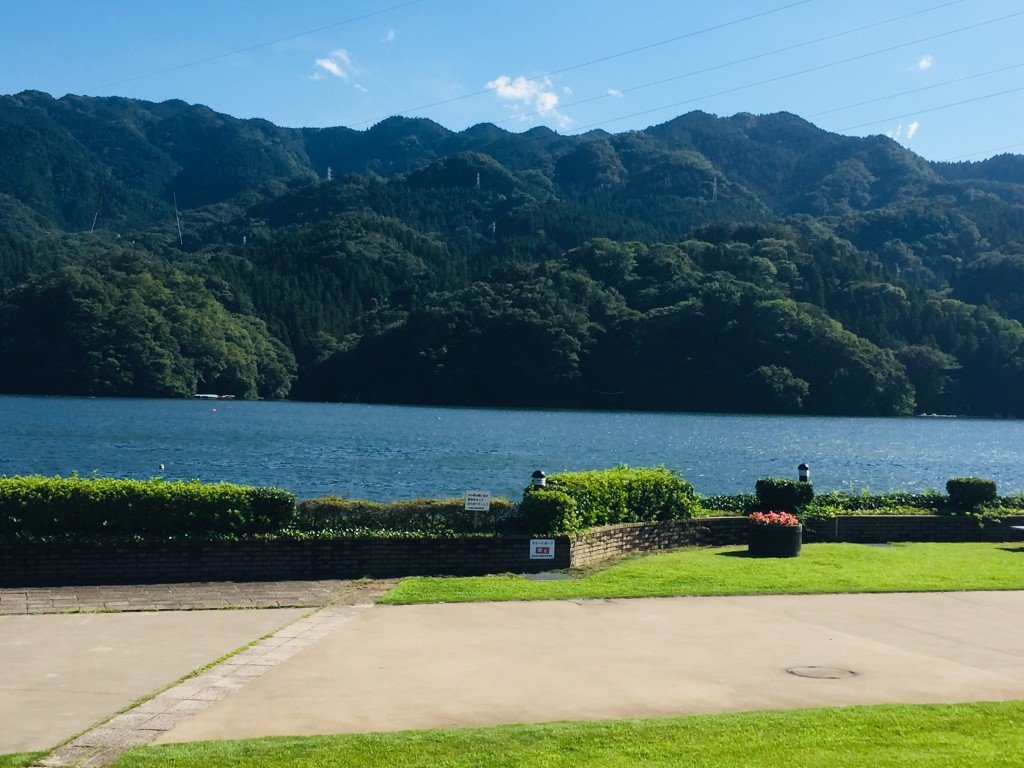 The townsfolk offered a few more interactive ways for visitors to enjoy the lake and we secured some tickets for a foot-pedal boat. The walk down the stationary gangway was brief but even under the shaded deck, the heat waves wafting about was stifling. I couldn’t wait to boat over to the shade of the trees on the other side of the lake. We had unlimited usage time with our pink swan so we decided to get as adventurous as we could. 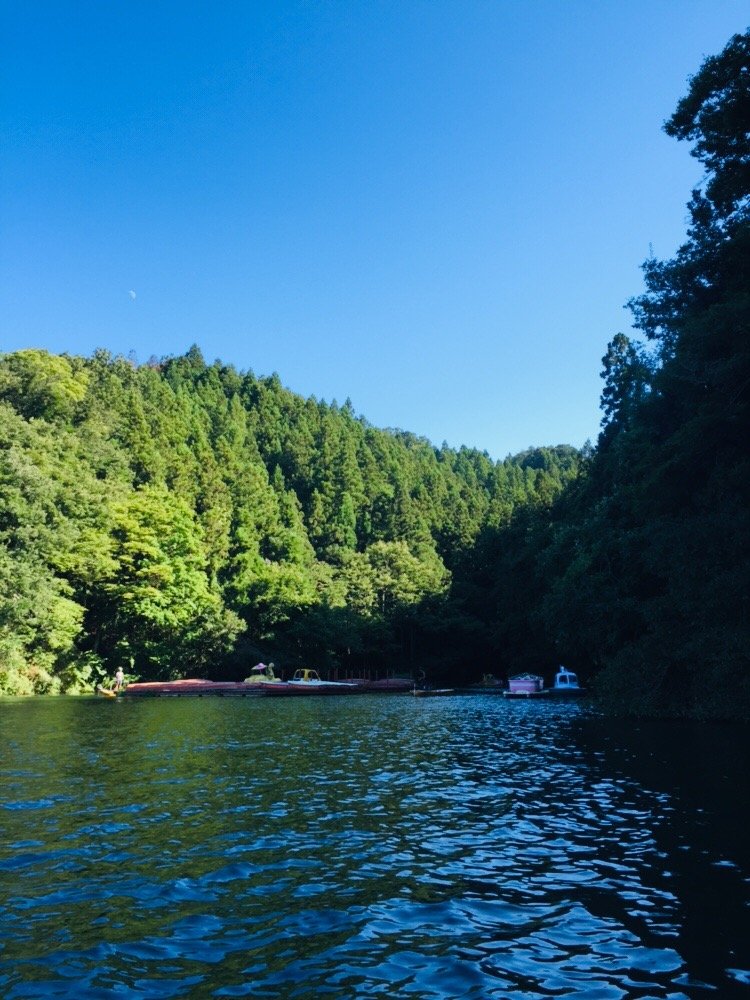 Peddling was no easy feat. Firstly, we were tired. The heat was draining and it had been a busy day so far. The next challenge was the width between the seats and the pedals. The boat was apparently designed for much shorter people (I was glad my European friend who is a bit over six feet hadn’t joined) and our knees were practically hitting our chests with every revolution. At one point my friend braced himself on his hands so he could create more space for his legs to move. We had also underestimated the distance between the shore and the trees. It appeared just over yonder but nope, once we got on the water, we realized it would take some time to get there. The pedals didn’t seem very large or powerful, probably because they weren’t made for competing in the Olympics (ha, ha) but for leisurely cruising around for thirty minutes. We had to give the maximum effort if we wanted to get to the tree shrouded part of the lake in a short time. If I have to be honest, I think my companion did most of the hard work since he had spent about four years cycling in the morning and afternoon; he had the endurance and build for our task. 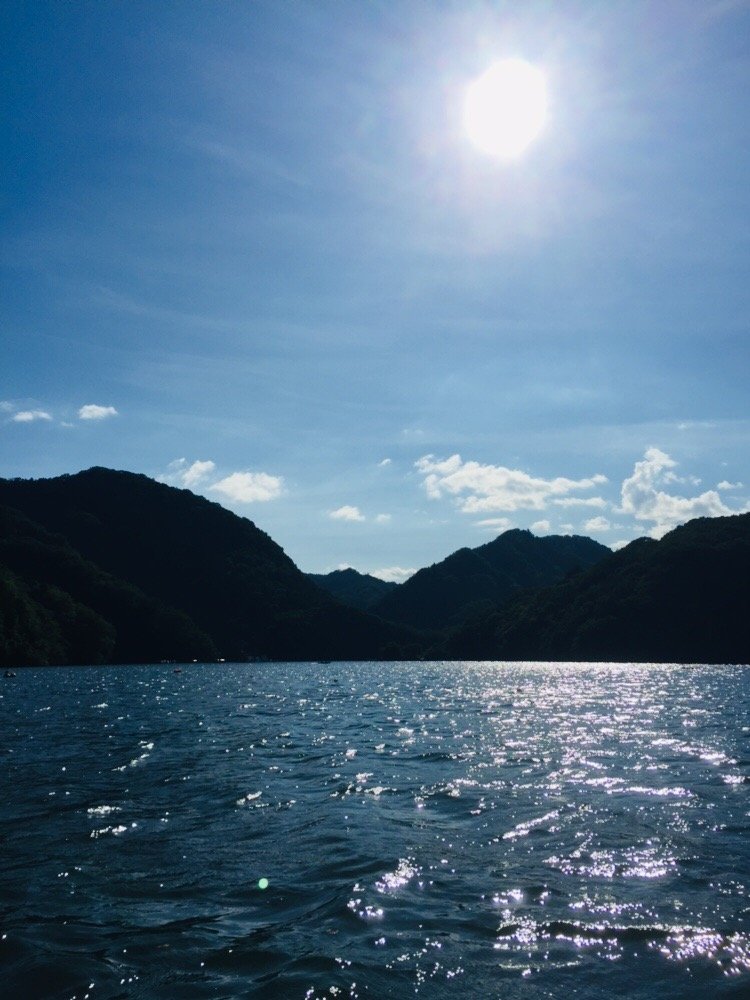 We spotted men idly fishing here and there, birds calmly resting on the buoys and athletes training for rowing competitions. Once we got moving the air started circulating and it was refreshing to be out in the open. We rested for a while at the docks on the opposite side of the lake, just letting the breeze play with our hair enjoying the scenery. Soon enough, my peddling partner said we had to depart. He had another appointment to attend and if we wanted to make it we had to put the pedal to the metal! 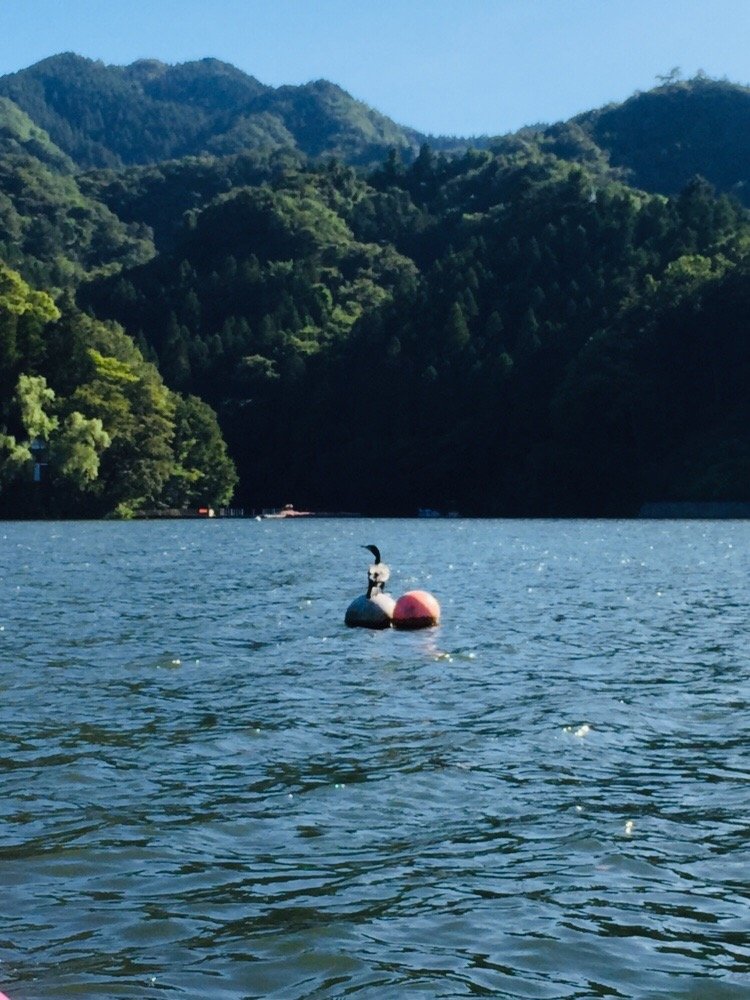 Let’s refer to the map again because other than the lake, the town has a few hiking courses, a dam, two bridges, a bamboo forest, a few shrines and a couple of mountains. 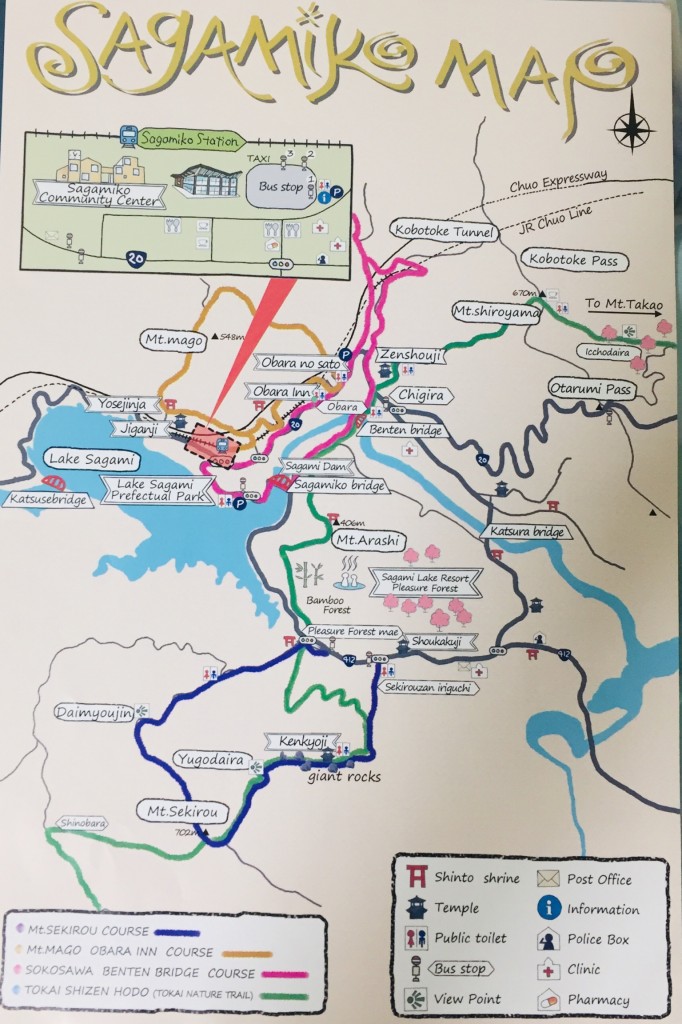 Lots to see and do here so I need to go back one day and do some more exploring! 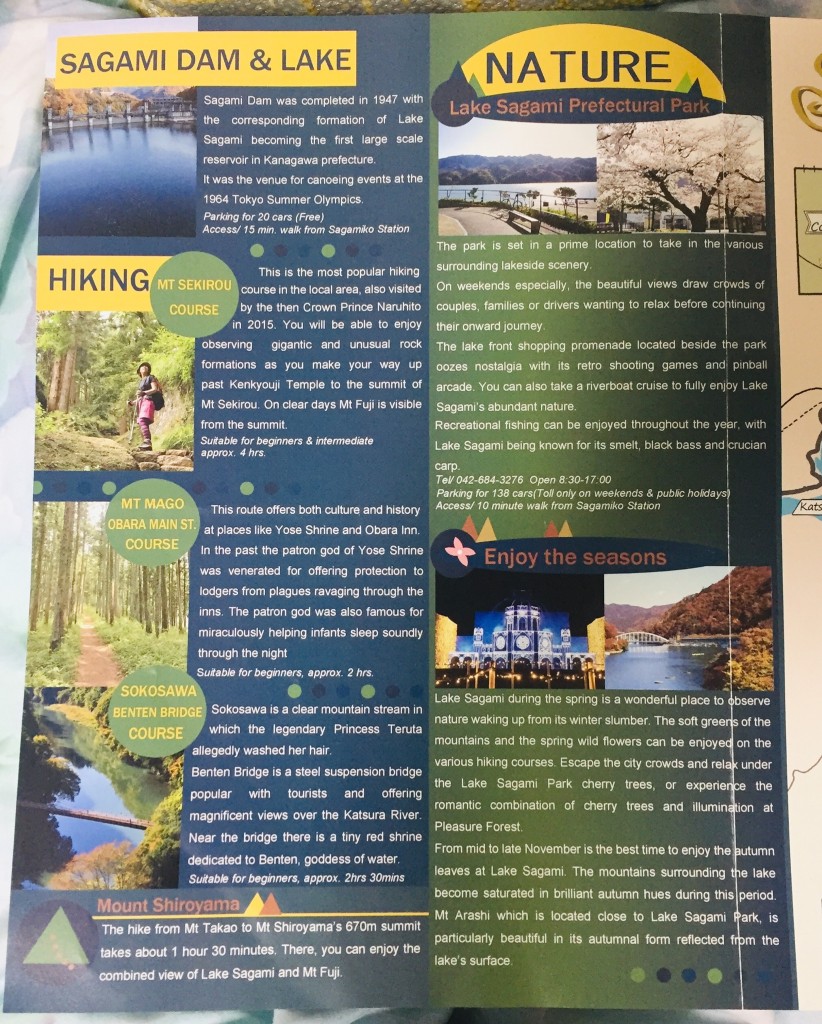