I was exhausted. Work had been so challenging recently as it was the end of a semester and there was so much administrative work to be done. I had been swamped with conducting mid-term progress checks, marking papers, documenting the scores, making notes for parents about their kids’ needs and preparing new record sheets for my clients. My first day off passed in a blur and it was now my second day. I was looking forward to spending time with one of my friends that afternoon.

One of my customers had thoughtfully sent me a schedule detailing some upcoming festivals in Tokyo. Luckily, there was a four day event, two days of which coincided with my ‘weekend’ so I was able to make a plan to head to Yoyogi Park on the 4th of October for the Hokkaido Festival. I usually miss out on most events or manage to arrive during the last hour of the event as I don’t have regular weekends off. 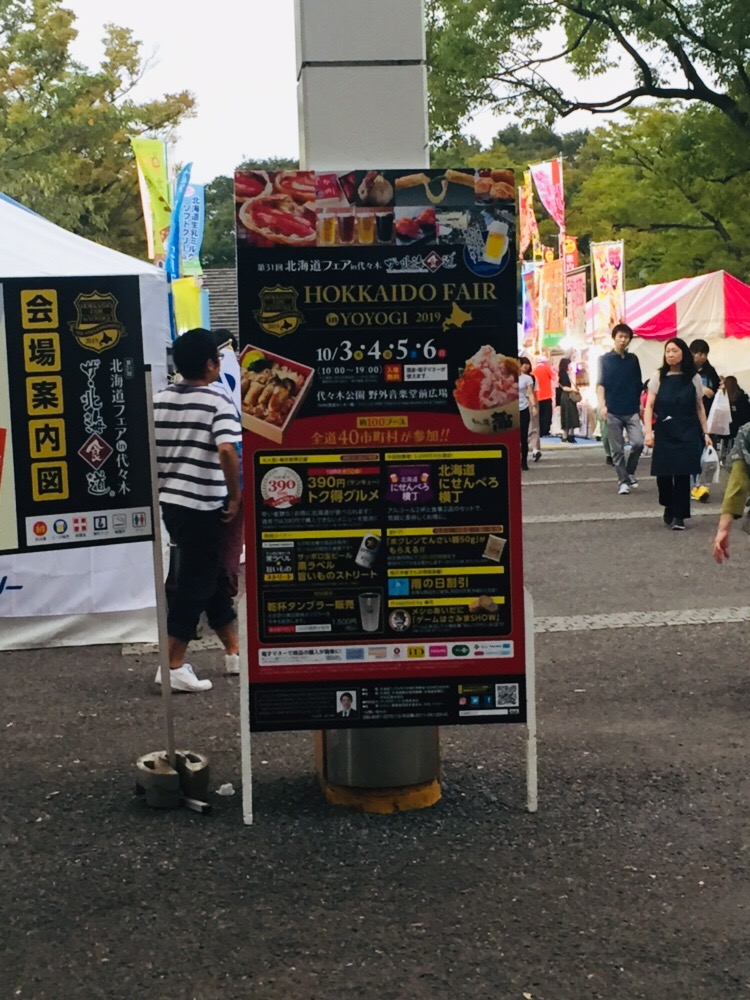 I keep abreast of what’s happening through two smartphone apps, GoTokyo and TokyoEvents. I didn’t bother researching to see what today’s event had to offer, I simply headed off with lots of romantic ideas in my head. I imagined there would be lots of displays of Hokkaido’s culture; unique, subdued and splendid, the total opposite of Tokyo’s flashy and bright attractions. I expected some local dancing, music, food, craft and clothing. A variety of visual entertainment awaited me I hoped.

I met up with my friend around 3:00pm in Shibuya and Google Maps promised us a ten minute walk to Yoyogi Park. We’ve used Maps and been in Shibuya so often that all we did was take a quick mental snapshot and then started out on our journey. Ten minutes in, we concluded that we needed to consult with the app again. Confident that we got where we went wrong, we headed off in the direction we though only to end up at a dead end. Apparently, we were on the wrong side of the tracks. We must have tried at least four times before we got it right! Took us thrice as long to arrive at the park and sadly it wasn’t worth it.

The first and only things we encountered was food, food and more food. Since my friend and I both have consumption constraints (I’m practically a vegetarian and she’s allergic to loads of stuff) we had to settle for not so original karage (which was stale as it had been sitting there for a while) and French fries. I mean, the taste was good but still, I could have purchased that anywhere. 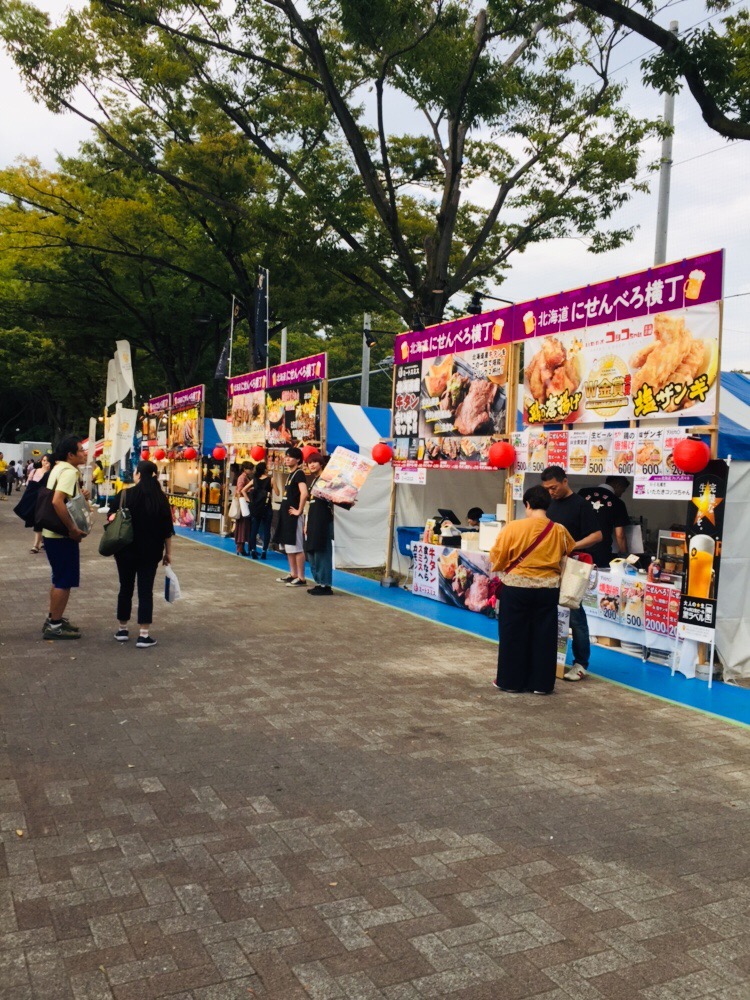 We scouted the tents to make sure we didn’t miss anything cool and upon realizing that food, drinks and fresh produce were all the ‘festival’ had to offer we filled our bellies, sat and talked for a bit and then left the event. The clouds and sky had changed to reflect the feelings in my heart; they had become grey and bleak and then started to weep. It was a sign to move on. 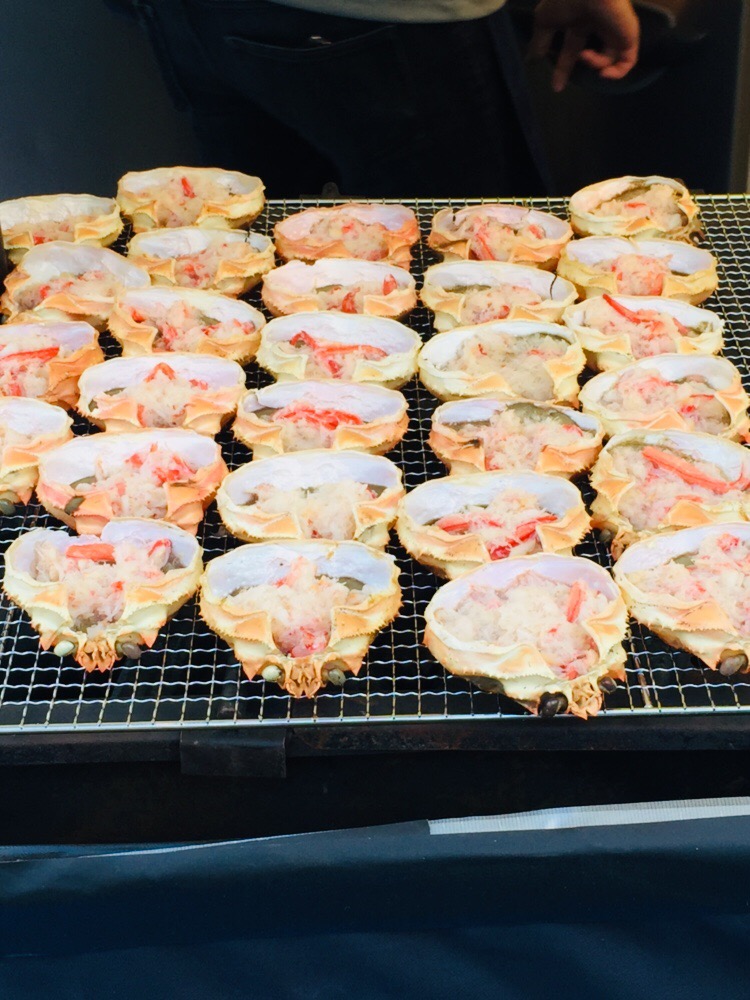