I am not a drinker. Sure, I have tried it a few times but it just was not my thing. I do not like the taste of alcohol and using something like that to drown my sorrows was not effective. Instead I watch movies or meditate or just spend time with supportive people to get me back on track after a lousy day. Having never gone through a bout of drinking, I am inexperienced in being drunk. I have seen others in action loads of times though - it is hilarious. Although I have never gotten drunk, I have felt what it might be like to be so. That’s because they say that not having a night of full and proper rest has the effect as if you were legally drunk! More about that later.

I admit to making conversation in the hallways and disturbing my sharehouse neighbours in the past, unintentionally of course - I did not realise the time of night, but generally I am a quiet person and try to respect the rules and the serenity of those I live with. It is not always easy to follow the rules and washing machines can sometimes be heard swinging their loads this way and that, or there could be an unknown thudding coming from the room above yours or simply someone having a not too private phone  conversation with a loved one from back home. None of these should make you lose the optimally suggested number of hours of sleep per night - the glorious number eight (which in Japan, is a lucky number).

When we do not sleep, our bodies rebel. Our hearts, mind, immune systems and body regulatory functions go out of sync.

The first signal that your body is overtired is a slow to react brain. Your responses will lag and the ability to form memories will start to deteriorate. The capacity to create any new memories at all will stop. After missing an entire night of sleep, after the eighteenth hour of wakefulness, your reaction time capability is about the same as being legally drunk.

Decision making, spatial awareness and math-computation abilities take a similar hit. Your emotional mind will start to behave irrationally. Combine that with hormones, and ladies, you have got a guaranteed method to lose some friends.

During sleep, your heart rate and blood pressure regulate themselves so resting is important to allow this process to take place. Hormone production occurs during sleep so make sure you catch those z’s to keep testosterone, estrogen and energy levels balanced.

While you sleep, your body breaks down toxins, creates immune cells and produces killer cells which defeat cancer and virus-infected cells so folks try to ignore any noise that might be below, above or on the side of your Oakhouse room and have a perfect night’s sleep! 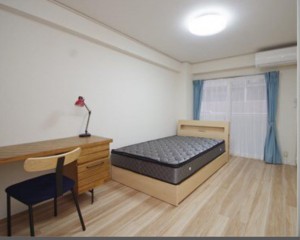