First ever trip to a Japanese salon

As of last week, I hadn't cut my hair for 6 months. This left me with an unkempt mop that was starting to seriously annoy me, even with a headband on. I had to get a haircut.

I asked around at work, and as it turns out, a few sempai from work frequent a salon near our office. This is a salon called " ROMA" and it is conveniently steps away from the prominent Jiyuugaoka Station on the Tokyu Toyoko Line. A hair cut at ROMA costs about ¥3500, which is relatively cheap for a salon in Tokyo. For comparison, the average for a male cut seems to be around ¥4500-6000 based on what I've seen so far.

Of course, you can get economical cuts for just ¥1200 at the famous chain QB House as well as other small barbers; but I wanted to try out a real salon for once. After all, it is the longest my hair has been, and I guess I should experience at least once a proper Japanese salon styled medium length haircut.

From my place at Oakhouse Kajigaya, it is a 20 minute ride to Jiyuugaoka, but I rode there on my trusty bicycle. The salon is easy to locate if you have google maps, otherwise it might a be headache because Jiyuugaoka is a bustling shopping area with stores big or small, restaurants and other amenities laid out in a typical Tokyo grid fashion. If you're window shopping, though, Jiyuugaoka makes for a quaint and relaxed day out. 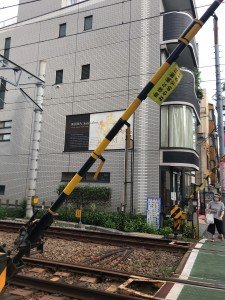 The salon has a pretty normal interior - I say normal, but it's not like I been to many salons. It is separated into 2 very distinct sections, a brightly lit area where all the hair styling is done, and then an adjoining area that is dimly lit, soft music for shampooing and spa. It also has a few seats that double as a waiting area. 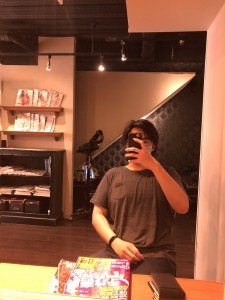 So there I waited, and was introduced to my hairstylist Shigemitsu-san, whom I specified because all my sempai recommend her. I explained that this was my first cut in awhile and I wanted to keep the length but have it a lot more tidied. Otherwise, I left it to her.

The no-frills haircut came firstly with a shampoo and short "head massage", and then just a straightforward cut, a quick second wash and dry. I was also served a beverage that I ended up not touching, because uh, how are you suppose to drink mid-cut? I guess it is more for customers with a longer and more comprehensive session. We managed a short conversation, which was pretty interesting when she rattled off the list of all my sempai at the office who have come to her for hair styling. We have a weird office culture. 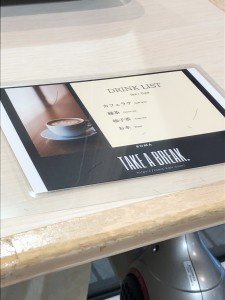 I left the salon feeling a lot lighter on my head. I also really like my new hairstyle although it isn't all too different from what I usually got - just longer. I suppose it wasn't going to be miles better just because it is a Japanese hair stylist.  I'll return if I end up not having the time to cut for a few months again! 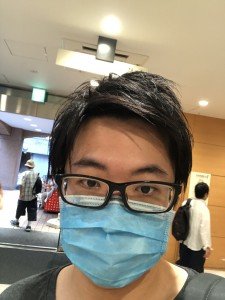