Looking for the most accessible beach from Tokyo? Try Zushi

Even though there are some spots where you can officially swim around Tokyo bay (like Odaiba for instance), most people actually choose not to because it is not clean at all. Beaches in Kamakura would be a much better option. It’s very accessible from the city center (about an hour trip) and there are nice places to go around. However, I must say Zushi is better because it’s not as crowded as Kamakura even though it’s basically located in the same area.
Zushi and Kamakura also are located on the other side of Miura peninsula (https://en.wikipedia.org/wiki/Miura_Peninsula) which is the reason that the water is so much better compared to the water in Tokyo bay.

It takes about an hour to get to Kamakura/Zushi area by train from the city center of Tokyo. This is exactly how I went to Zushi with friends last week. I first went to Shinjuku on Chuo Line and headed to Zushi on Shonan Shinjuku Line. Even though it was a trip with a fair distance (about an hour and half from Tachikawa), the entire trip was smooth because I only transferred a train once at Shinjuku station. Shonan Shinjuku Line connects directly from Shinjuku to these beach areas. This means there are actually many people who commute from Kamakura/Zushi area. An hour commuting by train is something fairly common especially if you have a family and have a house. Not to mention, the housing cost is so much lower compared to the city center.
I’ve been to this Kamakura/Zushi area before this occasion and I do admit it’s a nice area. Things are going so much slower and it’s warmer in winter. I understand city people are attracted to here.
The specific place I went in Zushi this day was Morito Beach (森戸海岸).

Morito Beach is located about 20 mins by bus from Zushi Station. Most people get off at 2-3 stops ahead called Isshiki Beach（一色海岸）but Morito Kaigan is usually not as crowded at Isshiki according to my friend who knows the area.
The beach is located next to a Japanese style Shrine and its Torii in the sea which almost reminded me of the world heritage site, Miyajima in Hiroshima. The rental beach parasols are available for 2000 yen. We did get one because the sun light was quite strong on that day.
There are some beach houses and restaurants near the beach and it’s walkable to the neighboring Isshiki Beach. We arrived at the Morito Beach around 10am and we spent time drinking and talking until 4pm.
Then we started walking to Isshiki Beach where you can find better bigger beach houses.

Unfortunately, the waves were pretty strong because a massive typhoon was approaching. It was not a problem but the seawater didn’t seem so clear.
The beach house at Isshiki Beach was pretty nice. We saw sunset drinking beers. 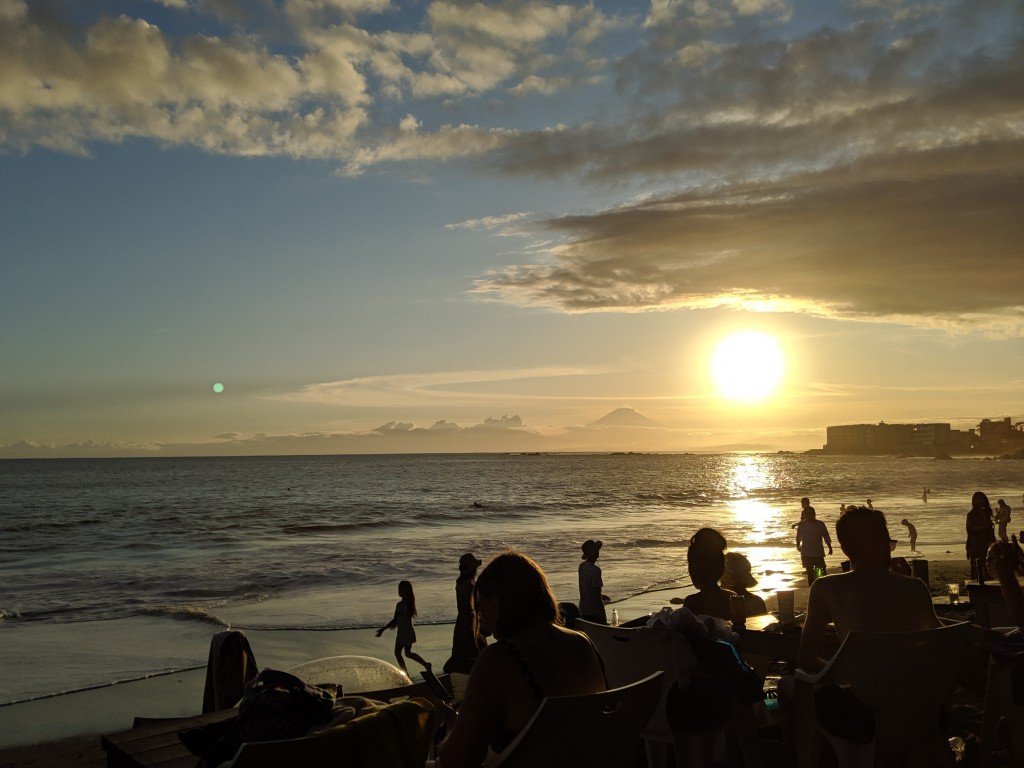 The beach house got even more lively after sunset. Almost the entire structure is made of bamboo. This is just one of the beach houses in Isshiki Beach and there are several more throughout the beach area which is huge. Most beach houses serve drinks and even food. I can imagine coming here and just spend the whole day without doing much. That would be a nice way to spend the weekend. 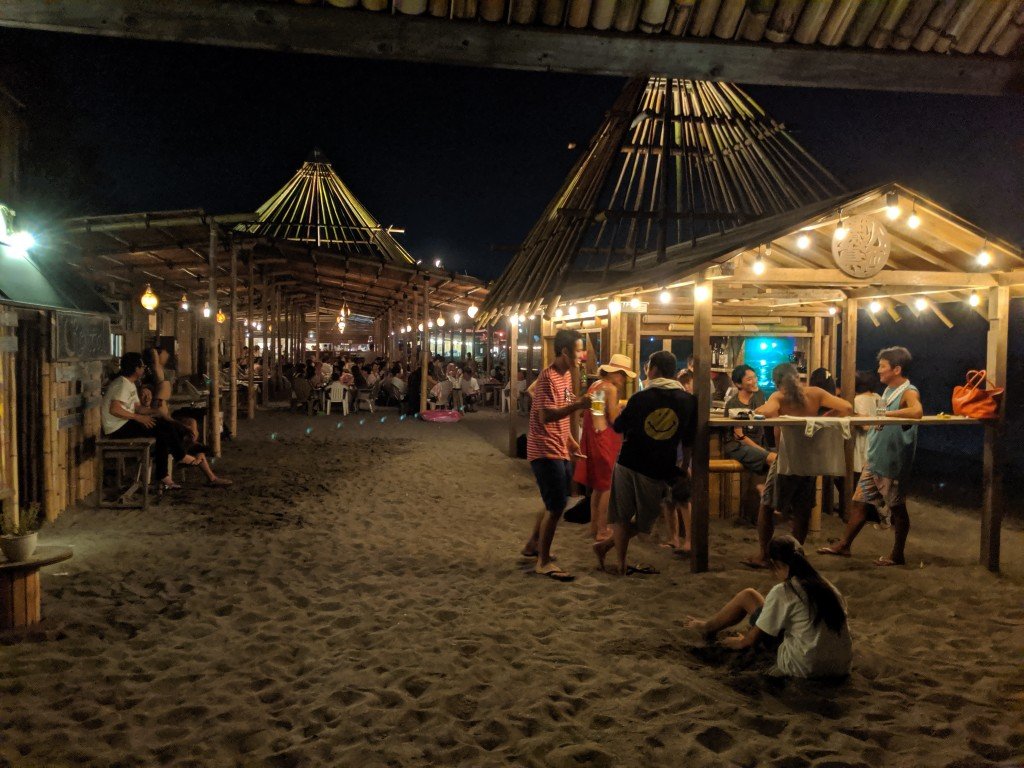 It is a bit of a distance to come here from Tachikawa Garden Town (about an hour and half) but it’s definitely worth the trip. I would definitely come back this area before the end of the summer maybe for other beach houses.