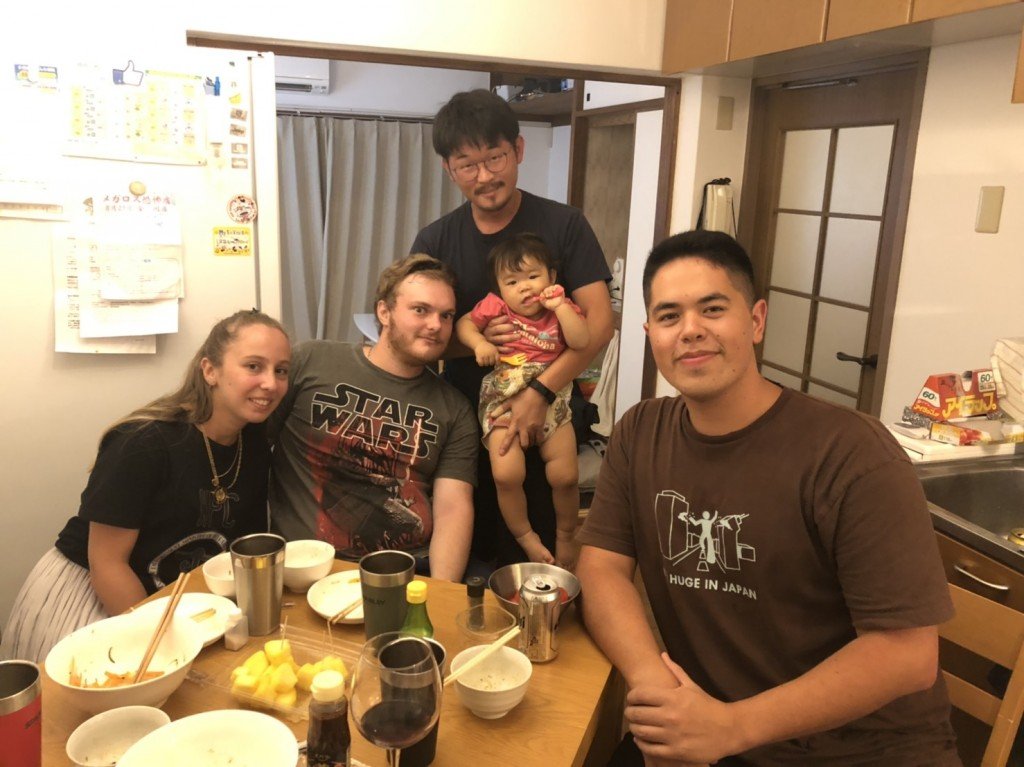 One of the things that I like living in Oakhouse is that it’s so easy to make friends and the friendship actually lasts even after they leave the house. Earlier this month, my ex housemate, Sangey, from Oakhouse Kichijoji 2 told me he is coming back to Tokyo for about a month. It’s been two years since he left the house and he is studying and working in Denmark now. We saw each other quite often during his stay in Tokyo. His aunt lives in Tachikawa and that's where he was staying during his stay which made it easy for us to hang out.
He also came to our weekly badminton practice on Friday nights almost every week.
It reminded me of days when we played badminton back in Kichijoji at the community center close to Oakhouse Kichijoji 2.
I found out later that Hugo and Flora, my neighbors at Tachikawa Garden Town, are leaving Japan on the same date as Sangey so I invited them for dinner at my place one day before the the flight.

I happened to have a big chunk of lamb I got from Costco. I like lamb but it's somehow not easy to find a good one in Tokyo. I rarely see it in any local supermarket. Even if I find one, it's usually not fresh and not as good as ones they serve in a restaurant.
My friend told me that the lamb in Costco is actually really good. I did get one but it was taking so much space in my freezer. 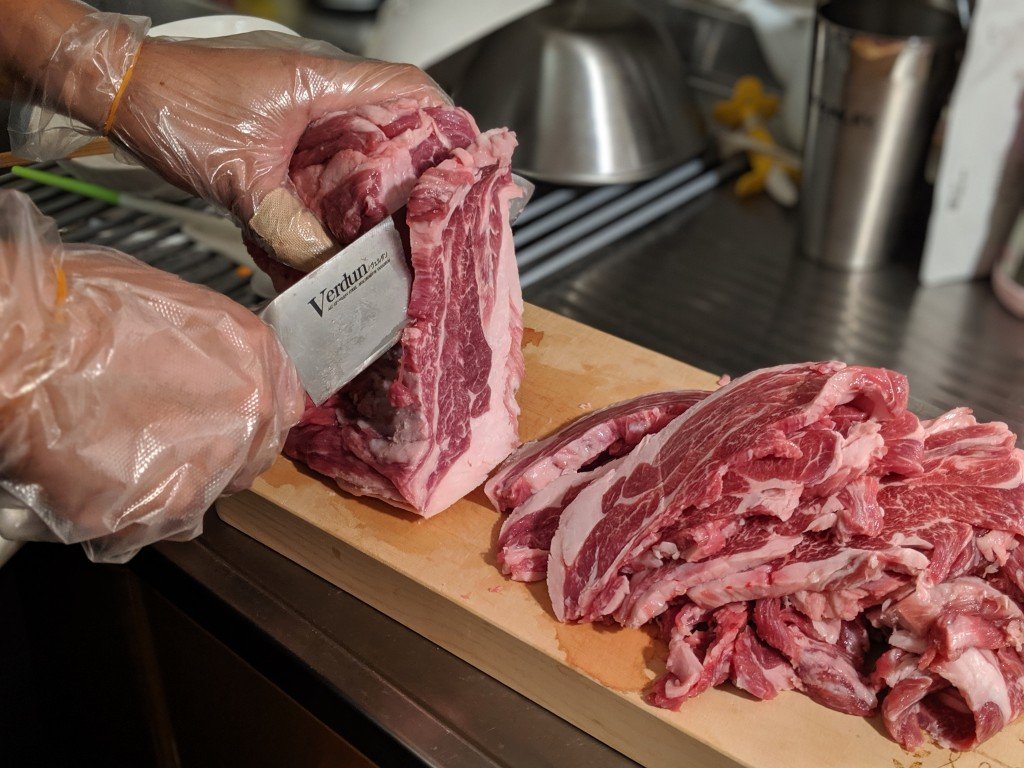 I guess Costco food comes in handy when you party because everything they sell is extremely huge. This lamb was no exception. It took nearly half and hour just to cut it into slices and preserve in my freezer. I used this outdoor stove to grill the meat and veggies. Look how thick the lamb is. 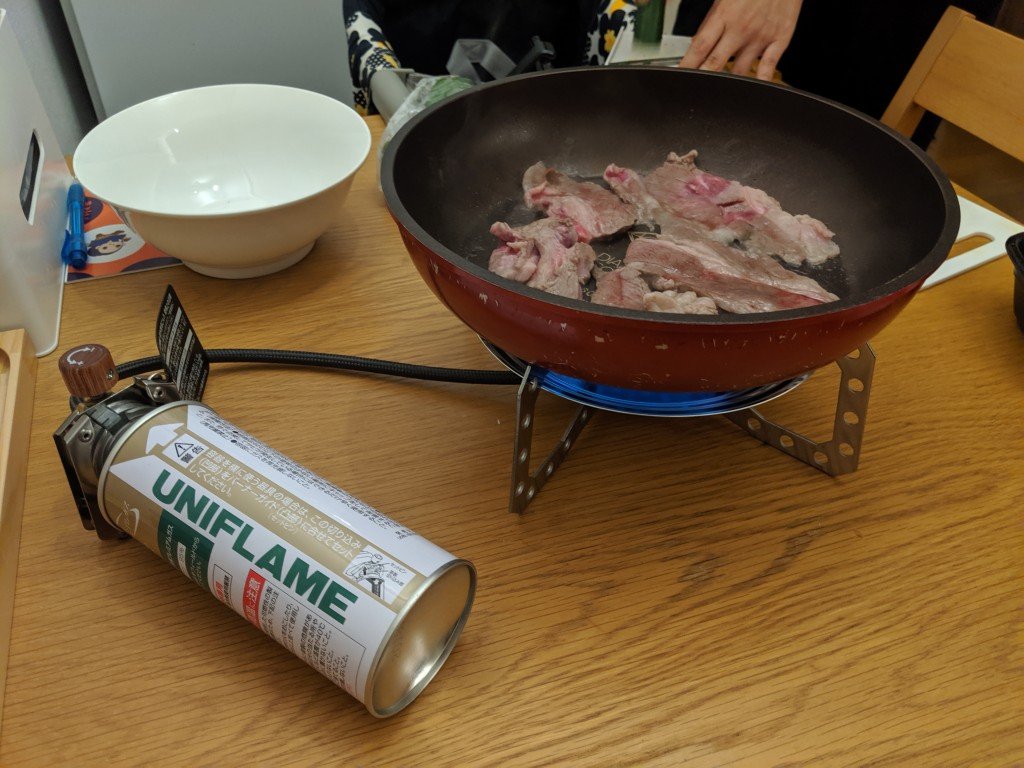 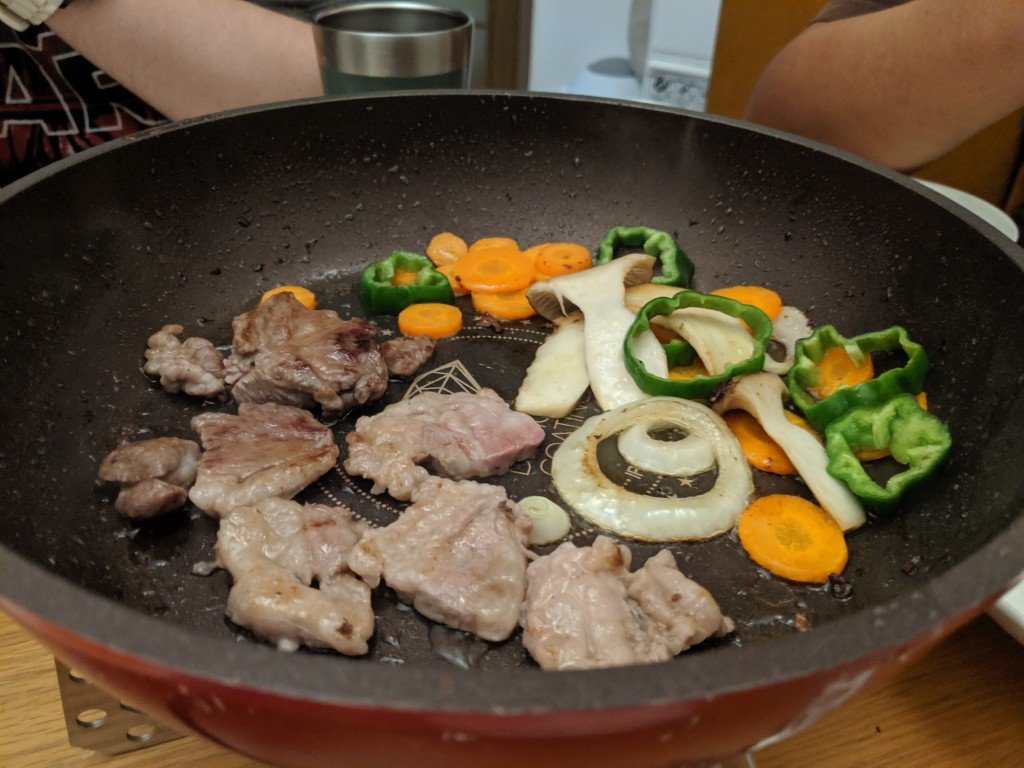 I guess we were pretty noisy while the dinner but I don’t think it’s a problem in Tachikawa Garden Town. I think the walls are pretty thick and I almost never hear our neighbors. Tachikawa Garden Town is one of the biggest apartments in Oakhouse and it’s rare to see any vacancies. It is probably because the building is reinforced concrete construction which means it’s not only sound proof compared to other types of construction but also it’s a reliable building in an event of an emergency such as major earthquakes. In Japan, most school buildings are the designated evacuation spot and it’s because they are built with reinforced concrete. I would say it’s pretty safe to live in Tachikawa Garden Town even if you’re thinking of staying for a long term in Tokyo. 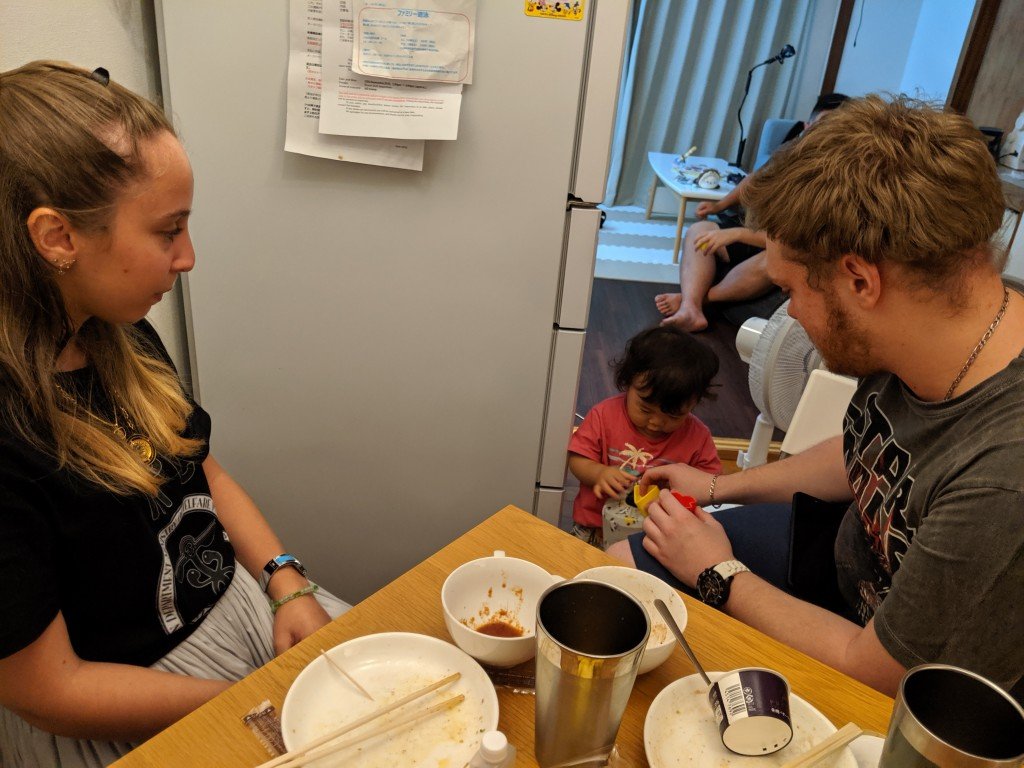 After the dinner, my friends all left before midnight. It was great to spend some time over dinner. There are countless restaurants to go to in Tachikawa but Yakiniku dinner is nice in its own way. I should do this more often. I need more chairs to bring more people though.