BBQ in the backyard is great but it rarely comes with the view. In many cases, it’s not even a good move if your house is surrounded by your neighbors houses (backyard already is something we don’t see very often anyway). So what would be available if you want BBQ with friends and family?
I already wrote about BBQ choices in Tokyo but never really wrote about a specific BBQ site available in Tokyo. Just a few weeks ago, me, my colleague and my friend in Oakhouse Kichijoji 2 visited the newly opened commercial BBQ site called “THE BBQ BEACH in TOYOSU” and we spent the whole afternoon drinking and eating by the bay.
This BBQ BEACH is one of the biggest commercial BBQ site just opened in November. The venue is outside but rain proof. It also can host about 1000 people.
I first thought opening a BBQ site in November is such a weird idea but I reached there and started thinking maybe this not a bad idea after all.
First, Autumn days in Tokyo are mostly sunny and it's nice to be outside. It's not too cold yet and sunlight is warm.
If you know how summer is like in Japan BBQ in Autumn makes so much sense. 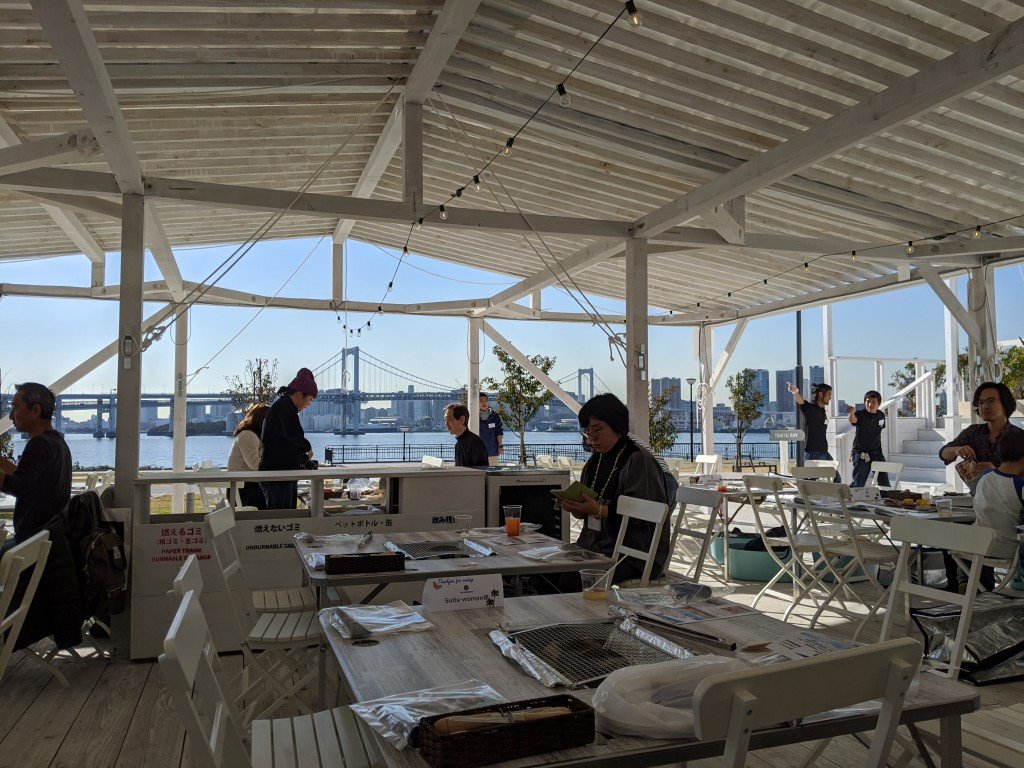 Tsukiji market has been the most well-known fish market in Tokyo for a long time. It was also one of the most popular sites for tourists in Tokyo too. Did you know the market is actually closed now and moved to Toyosu and it's now called Toyosu market?
The BBQ beach is located right next to the Toyosu market. Thanks to it's location, the company running this BBQ site is able to serve good quality seafood coming right from the market. 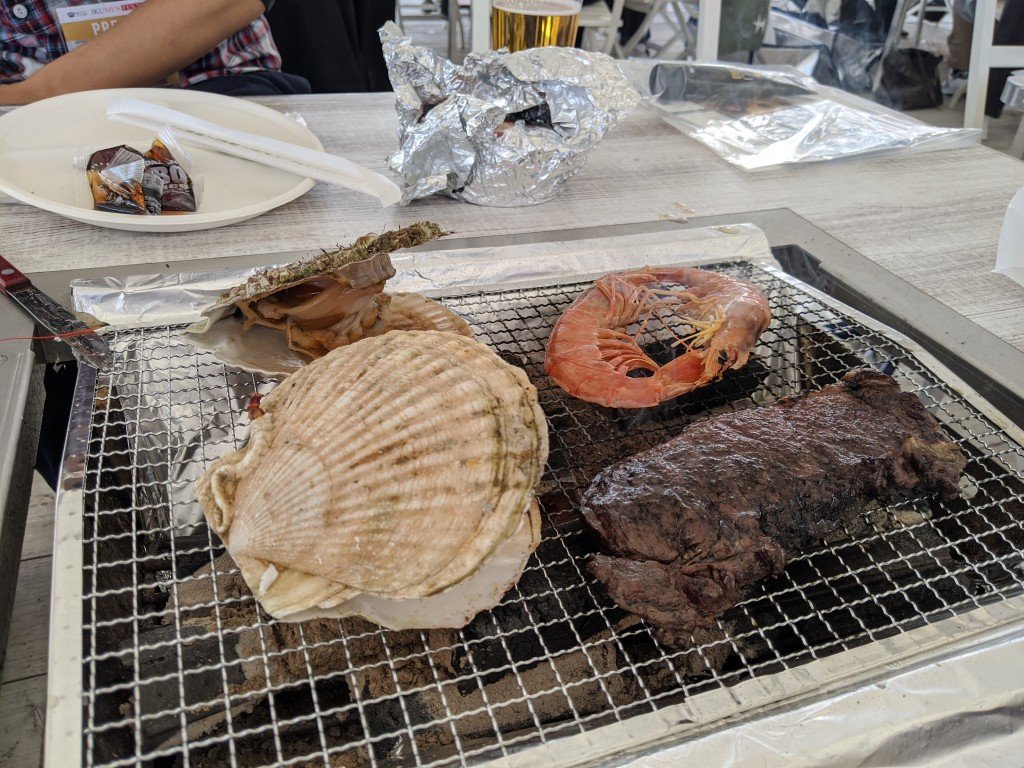 We started BBQ at around 1pm and stayed until 5pm or so. Sun sets quite early this time of the year and we were able to see the sun sets. We did not expect this but I thought this counts as an extra value for those who BBQ at the site. I would come back to the site for BBQ in next spring. 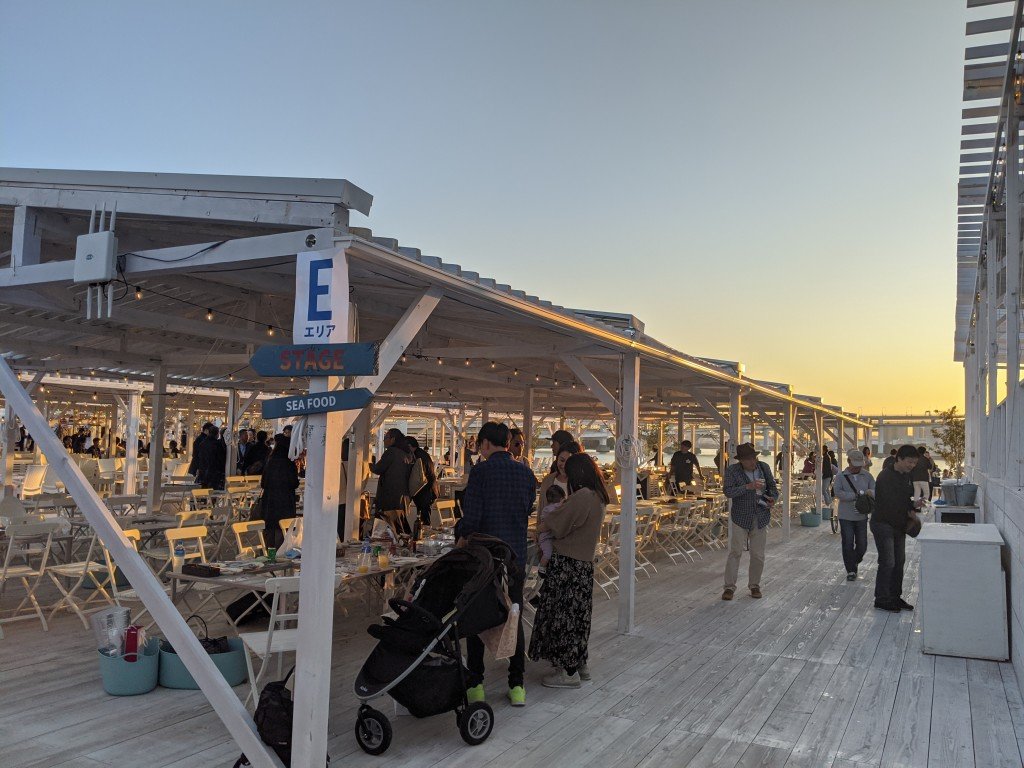