The massive rooftop in GRANDUO Tachikawa looks like this

Earlier in December I saw an interesting flyer on the first floor of GRANDUO. It is one of the big commercial buildings next to JR Tachikawa Station and I go there pretty often. The flyer says the rooftop of the building is open during from the 14th in December to Christmas day. The rooftop is mostly closed simply because there’s nothing much in there. I was curious to go up there just because I’m familiar with the building but I have never seen the view. My friend and his family came over to Tachikawa on the next day and we decided to go up together. It turned out it was a great place with a view. 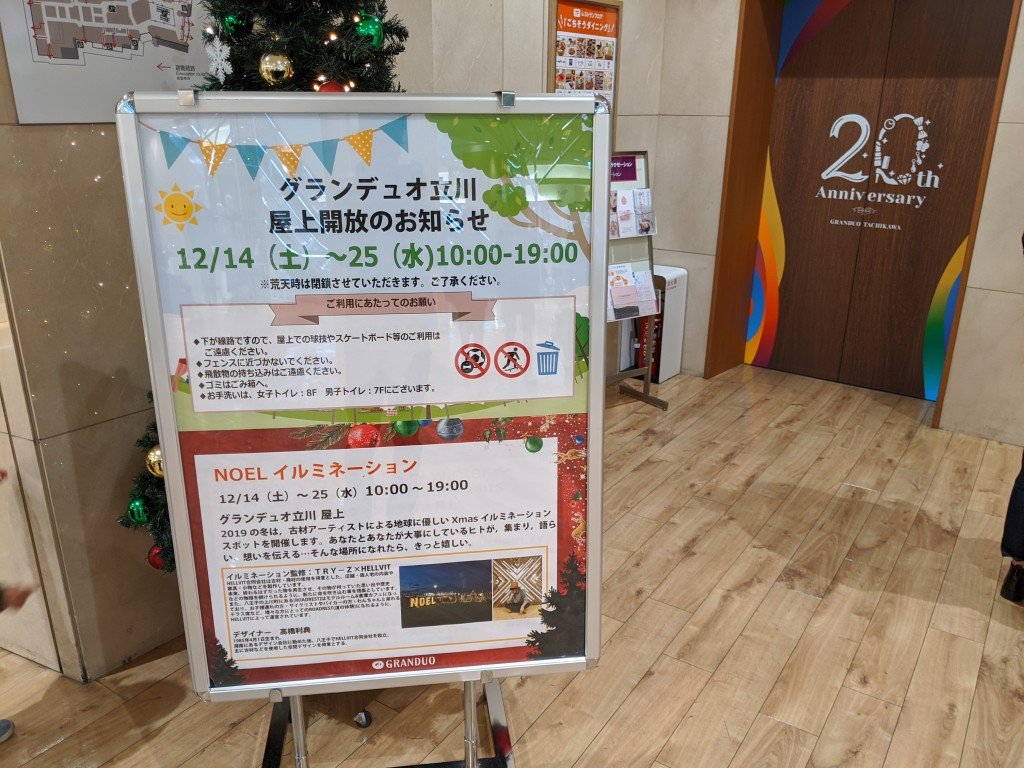 NOEL illumination is the name of this special event. The rooftop was also open last year just for one day which I didn’t know. GRANDUO decided to make it a 10 days event instead one-day this year. Apparently many people visited there and they liked it.
When my friend and I went up there, we were surprised to see how big the place was. The rooftop was built with some outside lights for night time. I assume this spacious floor was built for people to come. It is such a waste to open this place just for winter. It should be open in summer as well for BBQ or something too. 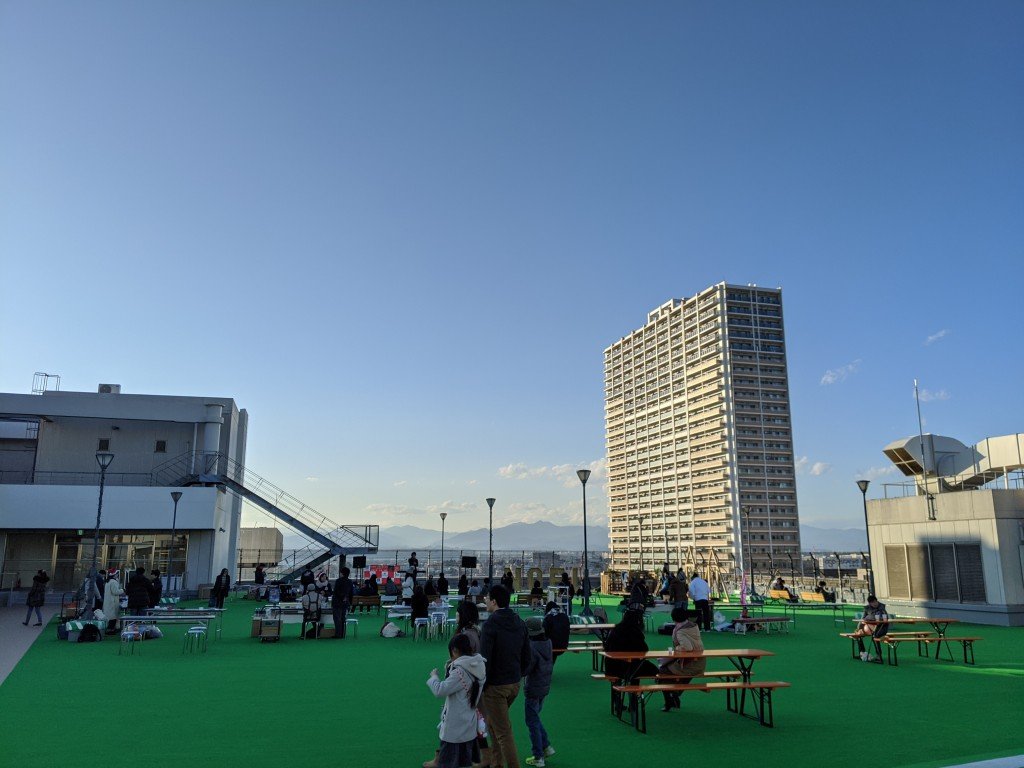 The view was also amazing. GRANDUO building should be one of the tallest buildings in Tachikawa beside the skyscraper built next to the station. Look at the photo below and you can see how tall the building is.
Tachikawa Garden Town which is an Oakhouse apartment and where I live is not too far away from this building by the way it only takes about 10 mins by walk. 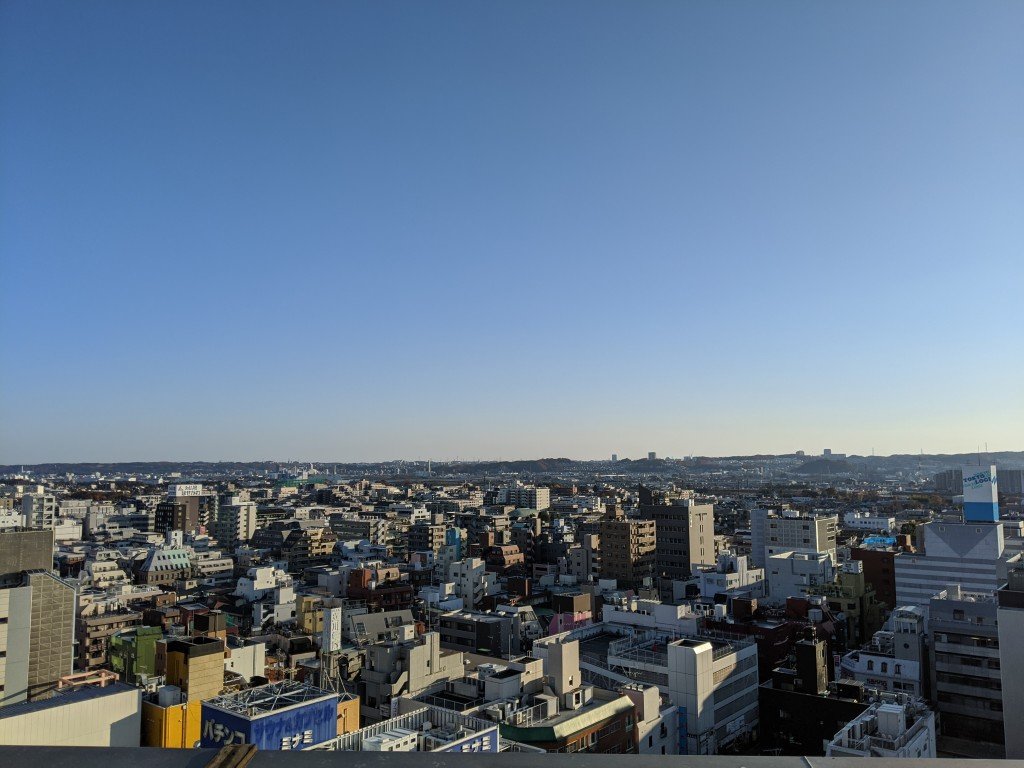 It was not just the floor open for people to come. There were several benches and a live music performance. Even a free cup of hot chocolate was served for everyone. It was such a nice warm day with with no clouds in the sky but still a winter day with a bit of wind. We could really use some hot drinks.
Christmas lights are something that most people came here for. It was so nice that we came back here another time for some golden time photos.

The sky was clear enough for us to even take a photo of Mt. Fuji. Just so you know, Mt. Fuji is not too hard to see in Tachikawa. I live on the 3rd floor of Tachikawa Garden Town and I can see the Mt. Fuji from there too. 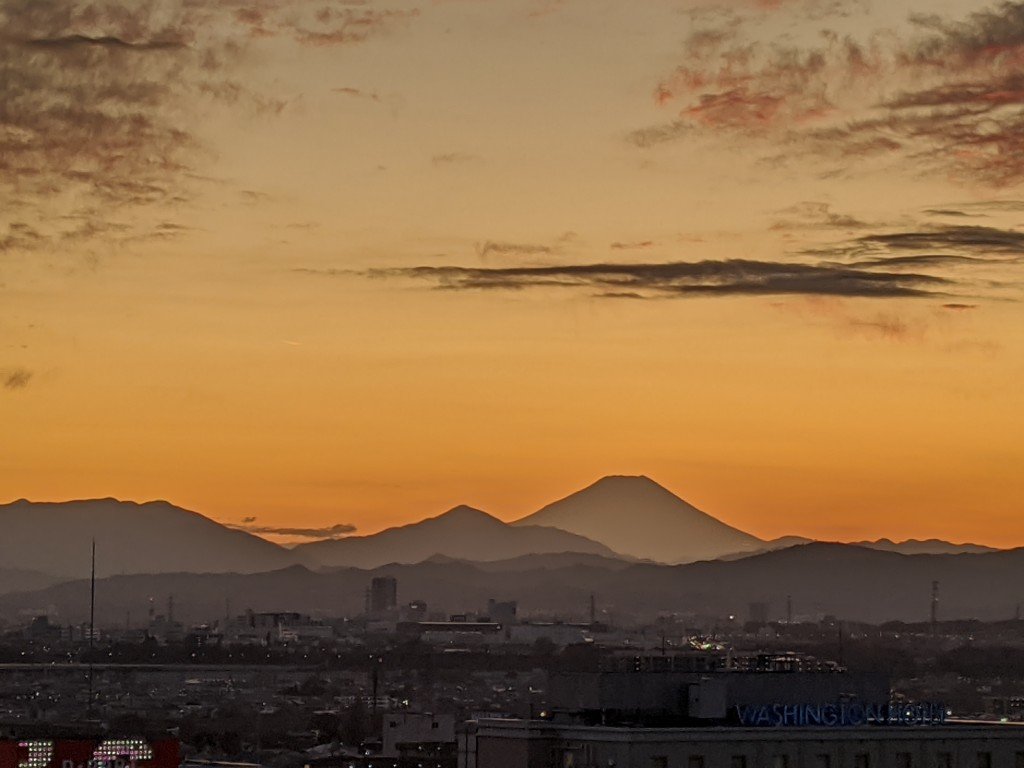 The rooftop of GRANDUO was totally awesome and I recommend everyone to take a look even if it’s just for a view. It’s a shame that it’s mostly closed within a year. They should make use of such big space for their business, it would be a great place for some drinks at night.
GRANDUO also did a good job with putting fake grass on the surface of the rooftop. It’s nice to see some green and kids can run around without getting hurt. I’d come back there next year!