Long-hu, the best affordable Chinese restaurant in my area

I rarely go for Chinese food when I eat out. Simply because there are just too many restaurants around Tachikawa Garden Town. I even cook some Chinese food at home sometimes. I guess the reason I don’t go to Chinese restaurant is because I’d like to eat something that I usually don’t eat or something I cannot cook at home. This might change, though, thanks to the restaurant that I found recently.
I guess it’s the same in any country… Chinese food is so common that people have higher standard than all the other food. Instead of going for full service, high-end Chinese restaurants, there’s one restaurant that serves great affordable Chinese food. I recently dined at this restaurant and I was quite surprised by its quality even though it’s a restaurant chain. The food at this restaurant was great overall but there’s one specific food that I liked the most which is the one called Mapo Doufu.

Some Chinese food changed quite a bit from its original form and became something very different in Japan. Like ramen, for example, is probably the most well-known example of those Chinese descendant. Mapo Doufu is another example.
Mapo Doufu is Chinese dish that represents Chinese food in Japan. Basically everyone knows what it is. It’s originally from Sichuan province in China where food is known as very spicy. Mapo Doufu consists of diced tofu in a spicy soup with minced meat in it. The soup is typically flavored with Sichuan pepper and red pepper.
Despite of how it looks, it is quite simple and easy to cook as long as you have the right kind of material. It is often cooked at home too. The thing is… a simple food like this isn’t always easy to make it tastes great.
There are some fine Chinese restaurants that serves high quality Mapo Doufu but this is kind of a rare case. Because Mapo Doufu is usually expected to be on the menu in any casual Chinese restaurants, people don’t really expect it to be fancy or high quality. People just want it to be as something they’re used to.

Only one restaurant in Tama area 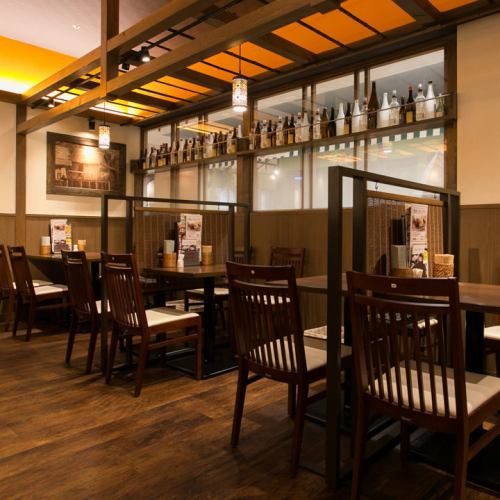 I was surprised to find Longhu Dining, Chinese restaurant chain, serving such a high quality Mapo Doufu in Mori Town which is a shopping mall located in front of Akishima station. The restaurant looks just like any other casual Chinese restaurant.
Long-hu is apparently a nation-wide restaurant chain available not only in Tokyo but in other several prefectures in Japan but there’s only one in entire Tama area.

There are many kinds of Chinese food available at this restaurant. All great but make sure to try Mapo Doufu. It’s served in a boiling hot stone bowl with a wooden lid on the top. Opening the lid is the moment that everyone says wow. It’s so spicy that just getting rid of this lid makes you cough.
The thick soup with Chinese spicy bean paste is very rich in flavor. If you think it’s too spicy, give it some time until the whole bowl gets cooled down. 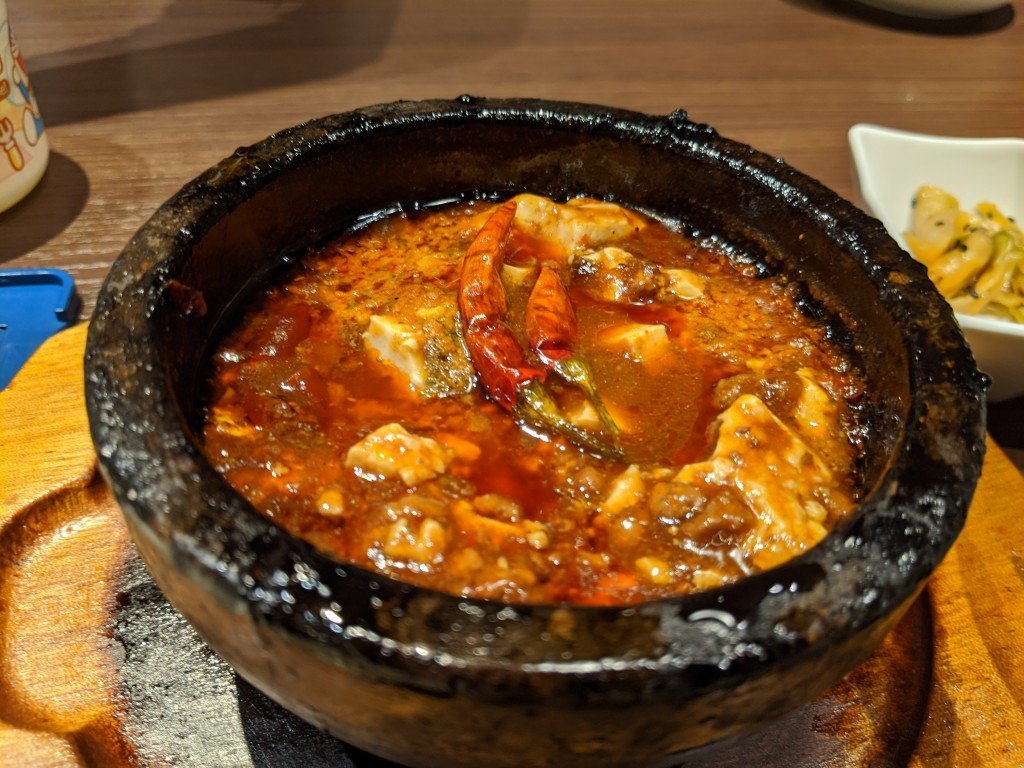 Sichuan peppers and red peppers are both described as spicy but they are actually different kind of spiciness. Red pepper spicy is the one everyone knows which is described as “la” in Chinese. The other one is “ma” which is more like peppery spicy. At this restaurant you can specify each level of the spiciness.
This dish itself costs only about 700 yen. The amount was not much but it was very satisfying thanks to it’s spiciness. Given the quality of food they serve, I thought the this was amazing for the cost. I understand why this place can be popular now. It’s a separate deal but their dessert, Chinese almond jelly was also great.