Korean food lunch with my former housemates Joon and Yun 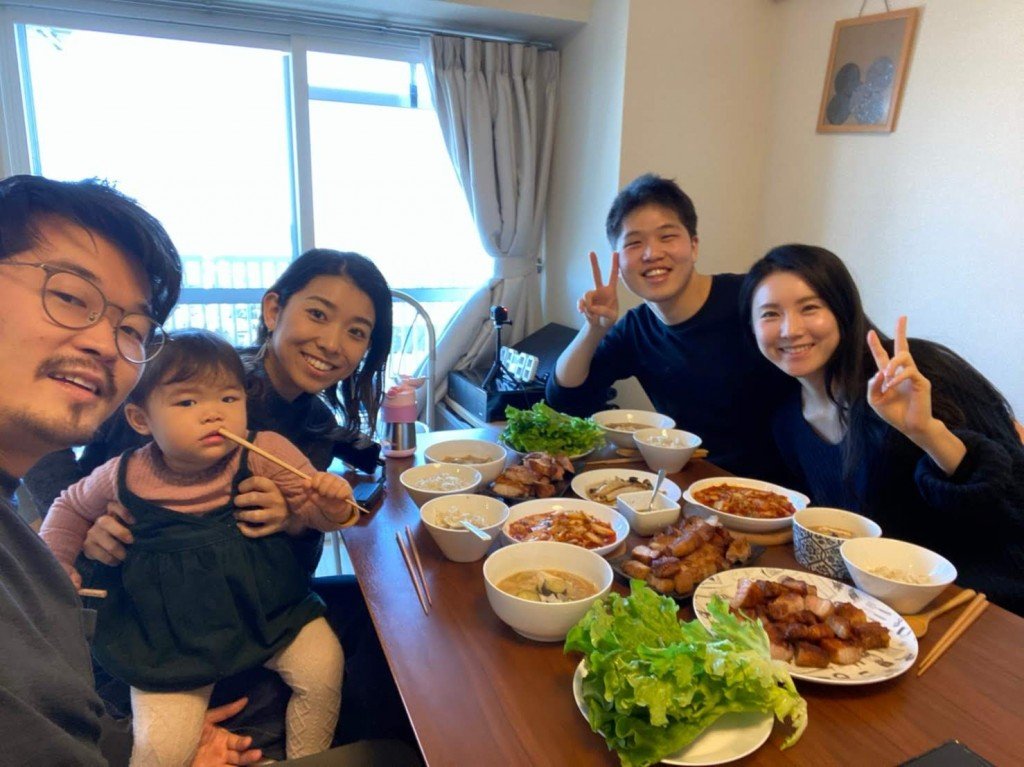 Earlier in February, I visited my former housemate Joon and his wife Yun who lives in Kokuryo.
We have been good friends since I used to live in OAKHOUSE KICHIJOJI 2 a few years ago. Both of us have been quite busy with life and career these years but we try to see each other every once in a while. I went their apartment in Higashi Yokohama about half a year ago and went to Korea to see their wedding. Now they moved to a new place in Kokuryo a couple of months ago. I wanted to see their place for a long time. Every time me and my family visit them, they always welcome us with some authentic Korean food and that's what I enjoy the most. Joon is really good at cooking Korean food. He used to cook often at Kichijoji 2 and the amount of food he cooks is really a lot every time. It’s as if intentionally cooks so much that he can share with his housemates.

UR apartment in Kokuryo

The apartment Joon and Yun lives is one of many apartments owned by UR (Urban Renaissance Agency), one of the biggest Incorporated Administrative Agencies. UR is a pretty well-known option to find a decent sized apartment in Tokyo. Their apartments are usually pretty big, as big as thousands of people live in a single structure. There are 520 households in their apartment and the space inside was pretty big, 40-60sqm.

There are two rooms, kitchen and bathroom and the entire space is bigger than Oakhouse Tachikawa Garden Town which is where I live now in Tachikawa. There are 13 stories in the building and there’s a little park for kids to play around on site.

Korean BBQ with lots of veggies

Joon told me that the lunch is Samgyeopsal, a well-known Korean BBQ. I saw Joon cutting and grilling a thick pork slices in the kitchen.

The food came out with so much veggies just like how we see in a Korean restaurant in Korea. I love Korean food in general for the fact that it usually comes with a lot of vegetables. That's something I don't see in many restaurants in Japan.
The grilled pork was so delicious that we ate as much as we can on that day. 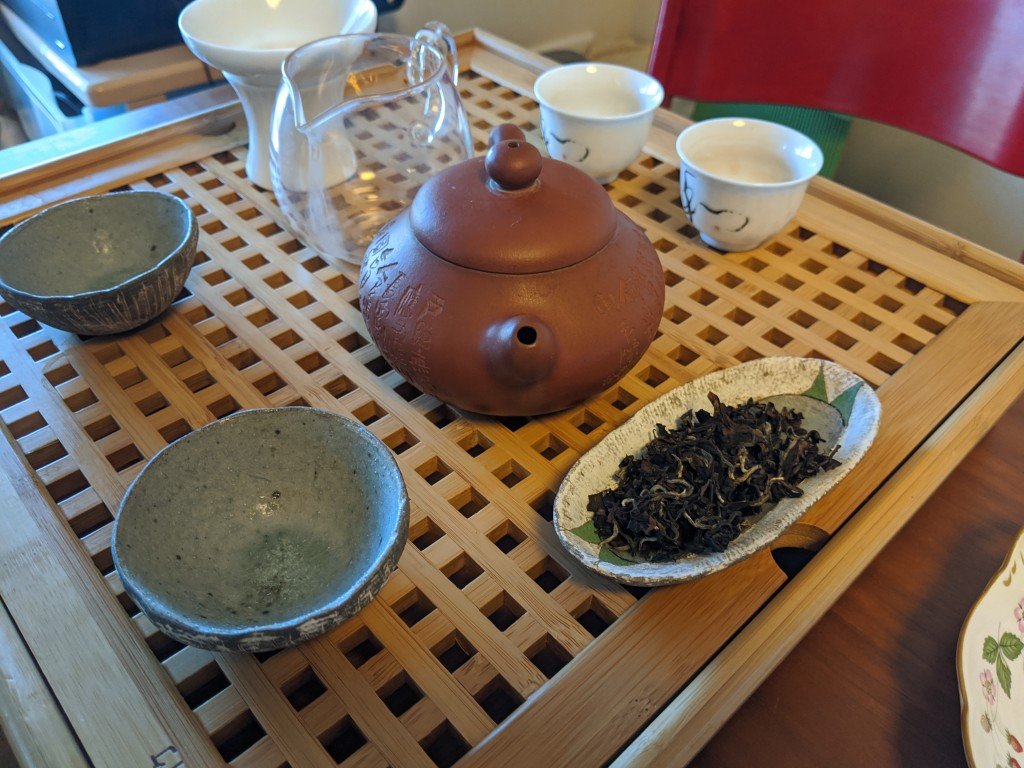 Unlike Japanese tea, you don't need to throw away the tea leaves after drinking first or second cup. You can keep refilling the hot water and the tea still tastes great. Joon has this special tea set that allows him to make tea in traditional ways.
We talked hours after lunch with tea and it was such a nice way to spend the afternoon. Maybe next time I invite them for lunch at Tachikawa Garden Town.