Takarazuka is a city in the south-east of Hyogo prefecture.

Rooms for rent in Takarazuka

Takarazuka city is served by the JR Fukuchiyama line, the Hankyu Takarazuka line, and the Hankyu Imazu line, several bus lines, and also has important national highways like the Chugoku and Shin-Meishin Expressways. Neighboring Itami city has the Itami Airport. When most people hear the name Takarazuka, they think of the Takarazuka Musical Revue troupe and theater. Many passionate fans come from all over to see the all-female performances. Other places of note include the Hanshin horse track, the Osamu Tezuka memorial museum, and more. There are many natural hot springs/onsen, temples and shrines, and even ancient tumulus burial mounds. There are also many quiet residential neighborhoods.

As mentioned before, there are many places of note in Takarazuka city, attracting many sightseers from all over. There are hot springs like Takarazuka hot springs and Takedao hot springs, among the best in Hyogo prefecture. There is also the Takarazuka Revue theater, the Osamu Tezuka memorial museum, and the Tessai art museum. There are many spots of historical importance in the city, particularly along the Muko river. One temple, Nakayamadera, is said to have been established by the 7th-century figure Prince Shotoku. 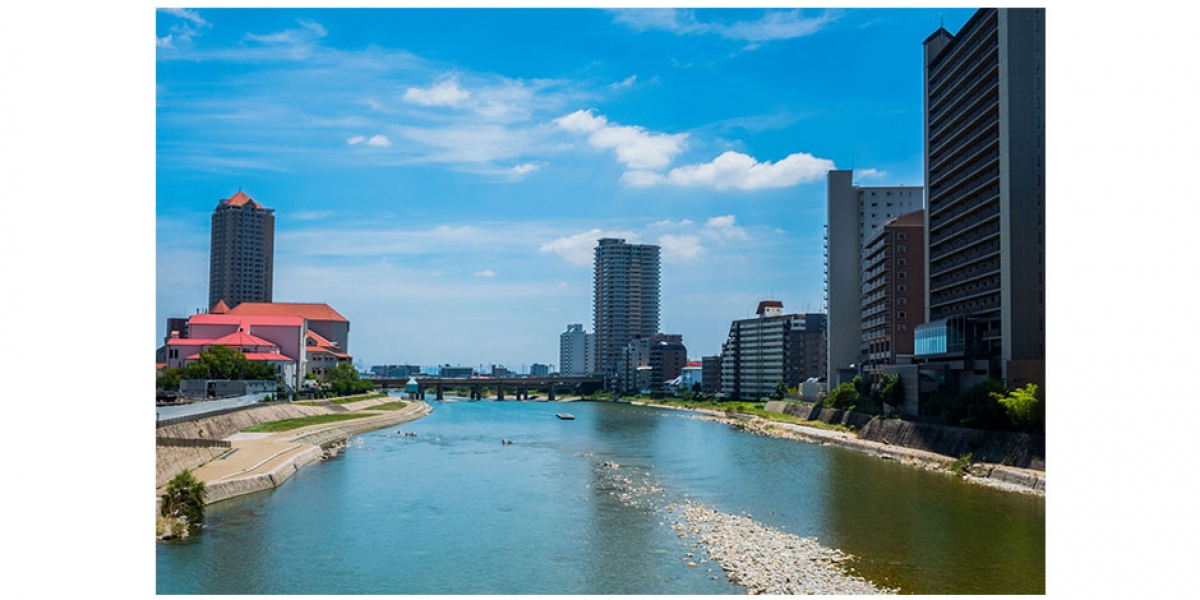 Takarazuka city is popular for its refined atmosphere. The center of the city is served by JR Takarazuka station, and Hankyu Takarazuka station, and the large shopping center Takarazuka Hankyu is right near there. There are many large supermarkets, drugstores, and other places you will need every day. There are many places to find nature both to the north and south. There are also many quiet neighborhoods that are livable, and serve as bedroom communities for workers in the Osaka and Kobe areas. You can also easily travel to Osaka and Umeda.