Sangenjaya station is on the Tokyu Den-en-toshi line, and is very crowded during rush hour. Nearby you can find Carrot Tower and Setagaya Park. Average Oakhouse share house rent is 74,182, higher than nearby areas, but it is very close to Shibuya, just a 2-minute train ride away. It is a popular and convenient area.

Rooms for rent in Sangenjaya

Sangenjaya station is in Setagaya ward, on the Tokyu Den-en-toshi and Setagaya lines. If you take the express service on the Den-en-toshi line, then Shibuya is a mere 1 stop away, and is just 2 stops away on the local. National Highway 246 runs in front of the station as well, so if you're more inclined to walk or bicycle, you can just follow the overpass to Shibuya. Average daily ridership for the Den-en-toshi line portion is 130,000, putting it in 3rd place just after Mizonoguchi and Shibuya. The Setagaya line connects Sangenjaya to Shimo-Takaido, crossing through Setagaya ward, and is an important local line. You can change to the Odakyu line at Yamashita station, or to the Keio line at Shimo-Takaido. The Setagaya line platform at Sangenjaya station is actually the 1st floor of Carrot Tower, which is sort of the symbol of the town. Carrot Tower has shops, government offices, company offices, and more, in a building 124 meters tall. There is an observation deck on the 26th floor, which offers a great view of the towns surrounding Shibuya.

The Sangenjaya station area has many places to eat and drink. There is an entire street of such places, along Suzuran-dori street, which is always bustling even until late at night. There are all sorts of places, from large chains to small local places. Another nice street with several shops and cafes is Chazawa-dori, which connects Sangenjaya and Shimo-Kitazawa. It is pedestrians-only on Sundays from 1 to 5 pm, which makes for a nice leisurely stroll. It's a very popular place to live and is lively even late at night, so it is popular with young people. 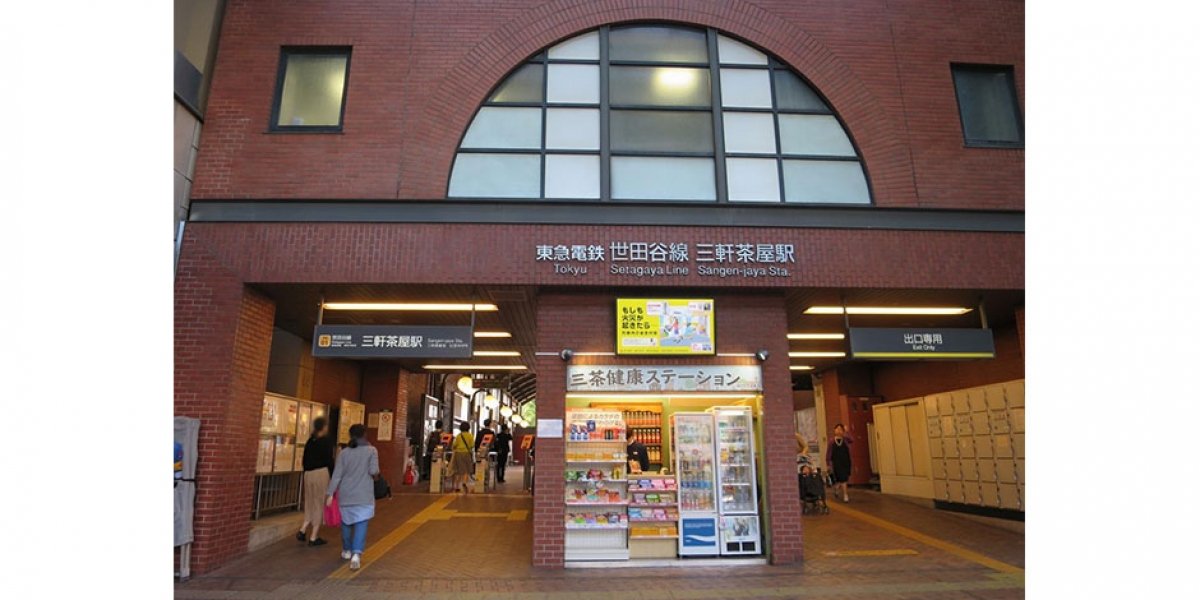 There is a 24-hour supermarket and discount store near Sangenjaya station, so you will easily be able to get everything you need day to day. There are also lots of places to eat out. It's just 5 minutes to Shibuya, so even if you miss the last train, it won't hurt your wallet if you have to take a taxi cab. Due to its lively nature, some may wonder about safety; there is a police box near the station and there are always people walking down the street, as well as lots of passing cars, so that can provide some peace of mind. There is a triangular area right near the station, that is the older part of town, with drinking establishments and other shops popular with young people, though the town well-serves people of all ages. There are also lots of vintage clothes stores. Shops and restaurants in this area are often featured in media. 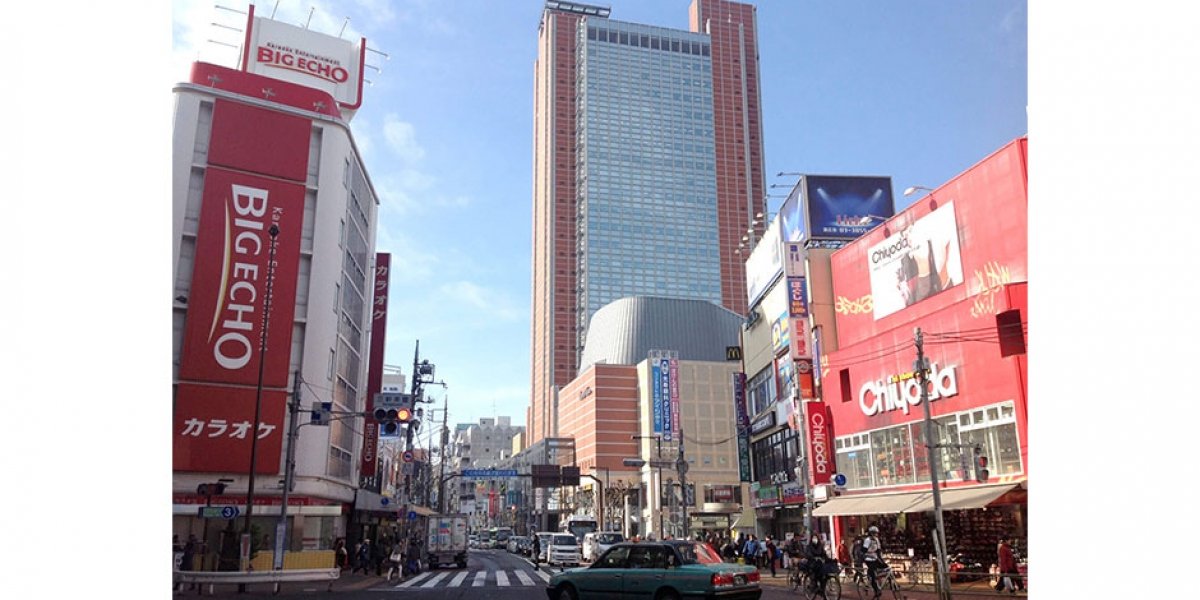