Today we talked with Puraz, who came from cold Vancouver Canada! She quit law school to come do a working holiday in Japan, and she chose SR Academia Yokohama for its calm atmosphere. Right now she's working as an English teacher, so let's find out what else she has planned, and how she likes her life in Japan!

Can you introduce yourself?
I'm Puraz, from Vancouver, Canada. Things have finally settled down, and everything's going well.

How do you like the weather?
Today is lovely, and it's warm. I can hardly believe it's November. It's much warmer than Canada. Right now it's snowing back home, and if I were back there now I probably wouldn't leave the house!

What work did you do in Canada?
I was a legal assistant at a law firm in Vancouver. It was so busy. I wanted to go to law school, so I wanted some experience first. But then I realized that I didn't want to be a lawyer, so right now I'm applying to a master's program in environmental sustainability, so if all goes well I'll start studying for that in September! 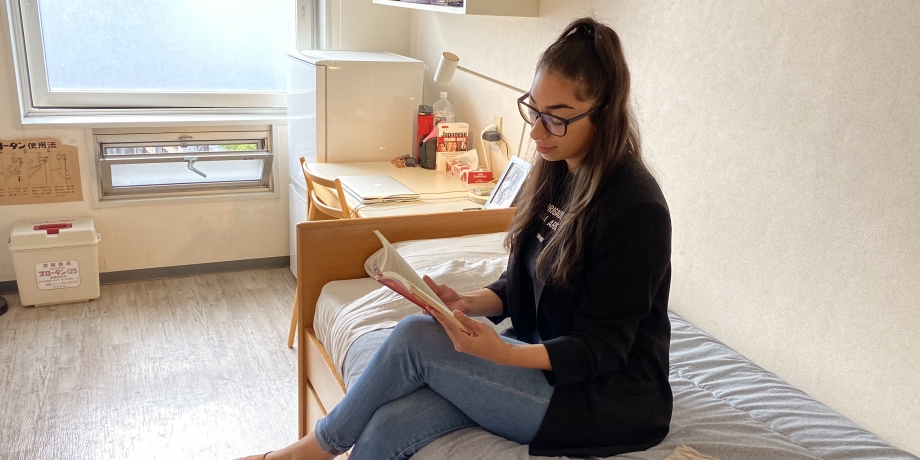 Is this your first working holiday?

Why did you choose Japan for your second working holiday?
Last year I came to Japan for two weeks. It was only a short time, but I fell in love with it immediately. I met so many people who were in Japan on working holiday, and they told me how much they loved it, and that had an impact on me. And when I decided not to go to law school, I suddenly had a free year, and I was thinking about that and thought I could best use my time in Japan.

Of course I wanted to discover something, but mostly myself. I believe Japan is a very peaceful place. It's perfect for me. It's safe, good public transportation, you can get around quite a bit even with just English. I know not everyone speaks English, but you won't run into too many problems even if you don't speak Japanese. The nature is beautiful, and I love temples and shrines. But I also wanted to avoid big cities, so that's why I like this area in Yokohama. It's very quiet. 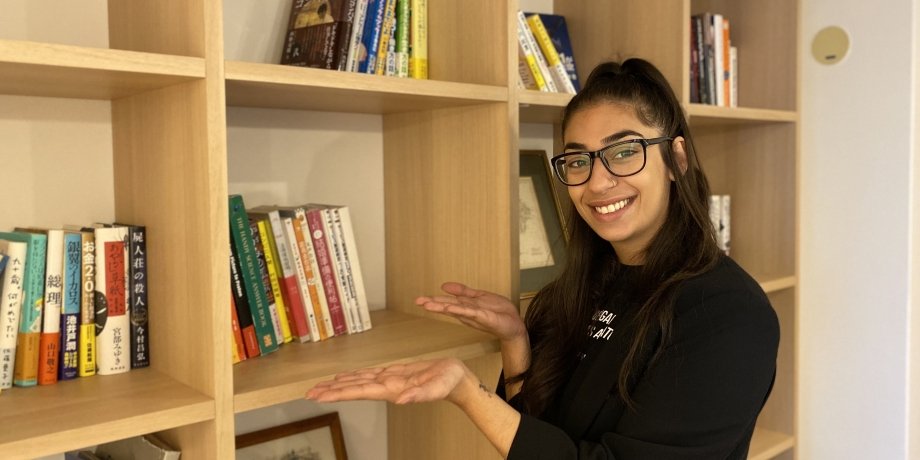 How did you hear about Oakhouse?

My friend recommended Oakhouse, and when I saw the website, I thought, this is it! I took a look at other sites, but there wasn't as much English help, and Oakhouse was easier to understand. The map search is really helpful. That's how I found a place closest to my job. Plus the rent was affordable. I mostly chose this house because it was close to work. And I love the interior! And I can rent a bike, and there's a gym which is great.

Do you find anything about life in Japan difficult?
I think the biggest hurdle is the language. Google Translate is a wonderful tool, but it can't solve all problems. Living and working here is much different than sightseeing. Right now I'm working, so I have to open a bank account, get a phone contract, and do all those official paperwork things, especially the first week. It can be hard for a foreigner to open a bank account here. When I went to the first bank, they were hesitant about opening a bank account for someone with a Middle-Eastern sounding name, but the second one I went to was much friendlier, and I had an account open in about 30 minutes.

Then there's the phone thing. When I tried to pay they refused my Canadian card, but one of the staff helped out in English so it went fine after that. Then the city hall. Maybe I just got lucky, but there was this nice woman who spoke English and helped me out through the entire process. So the first week was really challenging, but afterward it's been amazing. 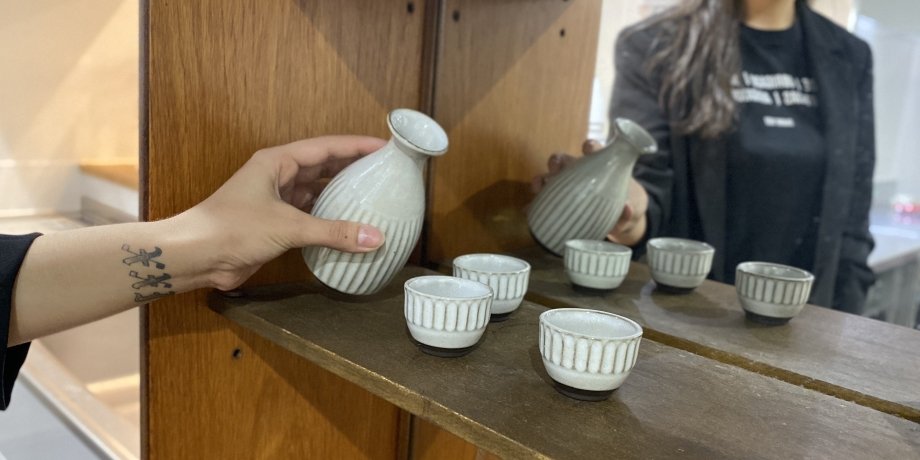 What about other aspects of life?
Last night I went to my first Oakhouse party! It was a nabe party, and it was really fun. Everyone is so welcoming, even if I can't yet remember everyone's names. There are people here from different countries, and different cultures and languages, and everyone is so friendly and warm, and it's nice to be able to tell each other stories of our experiences. I can't wait to get to know more of my housemates.

That's wonderful! Did you discover anything at the party?
I found out that I love nihonshu! In English we just call it "sake", but now I know in Japanese that's just the category of alcoholic drinks.
The house manager, Ryo, gave us some nishonshu from Hiroshima, which was lovely.

あいりんのひとこと
Something interesting that Puraz taught me, explain when you eat a lot of meat is: Meat on meat on meat.LOL