Ueno station is on the Tohoku, Joetsu, Hokuriku, Akita, and Yamagata shinkansen bullet trains, as well as the JR Yamanote, Keihin-Tohoku, Utsunomiya, Takasaki, Ueno Tokyo, and Joban lines, plus the Tokyo Metro Hibiya and Ginza lines. It is crowded during rush hour. However many lines have Ueno as their first stop so you can often find a seat. Near the station you can find Ueno park and the Taito ward office. Average Oakhouse share house rent is 55,277 yen, slightly lower than the average for the Asakusa/Ueno/Toyosu area, and the area has good transportation coverage. Plus, it is close to Ueno park, and there are many opportunities to find quiet natural green spaces.

Rooms for rent in Ueno

Ueno station is in Tokyo's Taito ward, on JR and Metro lines. It opened in 1883 as a stop on the Takasaki line. Ever since it has become one of the main terminal stations of Tokyo. Presently it also connects many trains through the Tokyo region as well as beyond via the shinkansen. It is sometimes called Tokyo's entrance to the north. It covers 13 lines and sees over 400,000 riders per day.

There are many places to see near Ueno station, the most famous being Ueno park. It is well-known for being home to the Ueno zoo, which is in turn famous for its giant pandas. The park itself is also home to the Tokyo National Museum, the National Museum of Western Art, the National Museum of Nature and Science, and more. Its statue of Saigo Takamori is also famous. It is also a famous place to see sakura cherry blossoms each spring. In the south of the park is Shinobazu pond, and in the summer the surface of the water is obscured by lily pads. Ducks can be found nearby in the winter. It is an interesting spot to see how the seasons change. 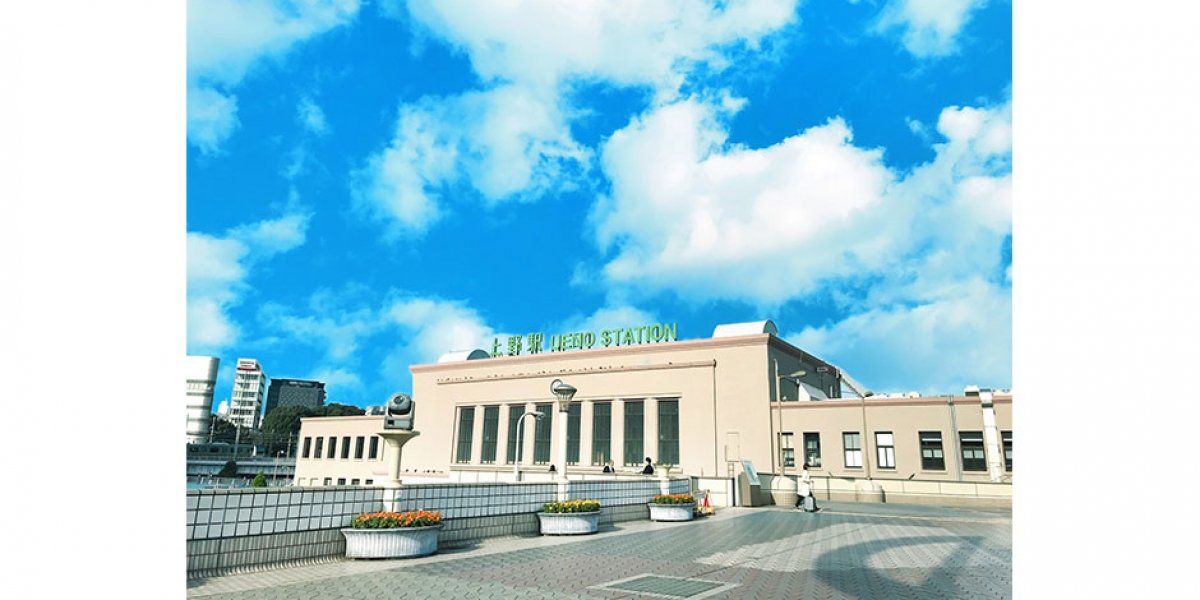 There are many places to shop near Ueno station, as well as public places like parks and museums, so there are not many rentals right nearby. Plus it is on the Yamanote line, so any rentals will be quite expensive. However you can usually find affordable places near neighboring stations, such as Inaricho and Iriya, or even Nezu or Yushima. With so many shops and restaurants nearby you will not want for food, but mostly people nearby come to take care of official business at the ward office. It is mostly a place people visit to go to the park or the zoo. There are several bus routes that start from Ueno station so you have good local or middle-distance coverage as well. 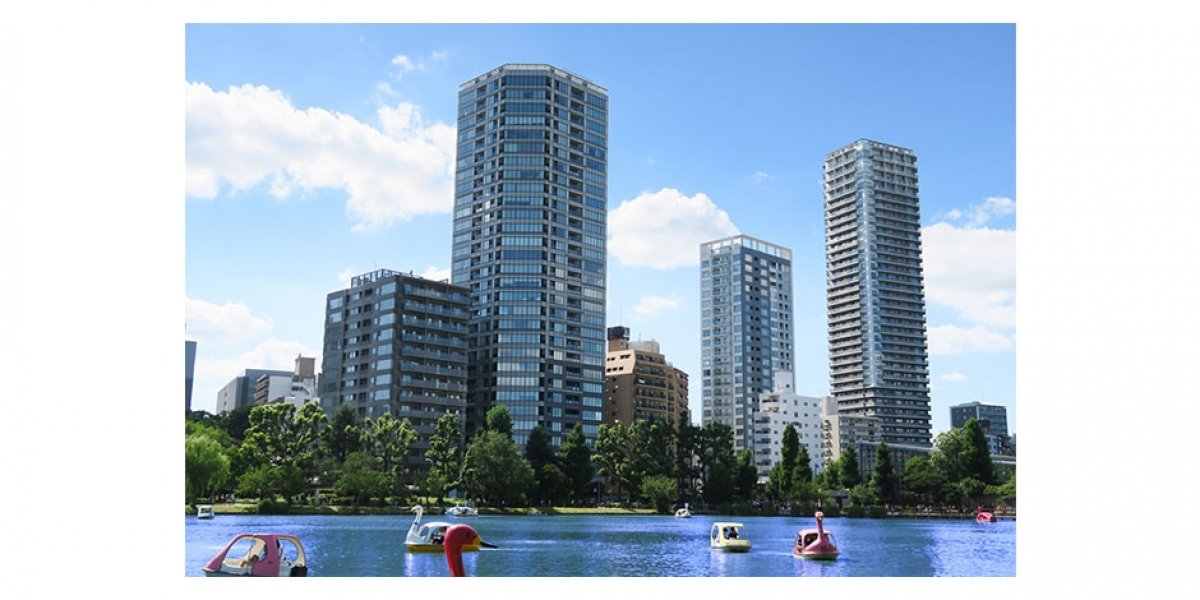