Suitengumae station is on the Tokyo Metro Hanzomon line. It is busy during weekdays with workers, and on weekends with tourists going toward Tokyo Sky Tree. Nearby are Suitengu Shrine, as well as Chanoki Shrine. Average Oakhouse share house rent is 73,800 yen. This is higher than other areas along the same line, but it is close to the center of the city making it a convenient location. Buses from Tokyo City Air Terminal go to Narita and Haneda airports, making it a good home base if you need to travel.

Rooms for rent in Suitengumae

Suitengumae is in Chuo ward in Tokyo, along the Hanzomon subway line. It is also home to a bus terminal known as Tokyo City Air Terminal, with buses going to Haneda and Narita airports. The station opened in 1990, and at the time was the last stop on the Hanzomon line. Trains from here now head toward either Otemachi, Shibuya, and Chuo-Rinkan, or toward Oshiage/Sky Tree and Nishi-Arai. There are elevators, escalators, and stairs connecting the various floors. An elevator goes from the ticket gate to above ground at exit 4. Though there is no restroom on the platform, there is one including an accessible bathroom on the ticket gate floor. Average daily ridership is 78,360, an increase of 10,000 over 10 years.

Suitengumae station takes its name from Suitengu Shrine, 100 meters from the station. The shrine was established in the late Edo period, in 1818, and is an off-shoot from Kurume Suitengu shrine. It is well-regarded as having beautiful buildings, and people come here to pray for safe childbirth. Its festival is May 5th, with other festivals on March 4th and other special days throughout the year. 200 meters from the station is Chanoki Shrine, a small shrine that has seen an increase in popularity due to people coming here to collect their goshuin stamp for their book. Though small, it is very pretty. Another shrine worth visiting is Matsushima Shrine. 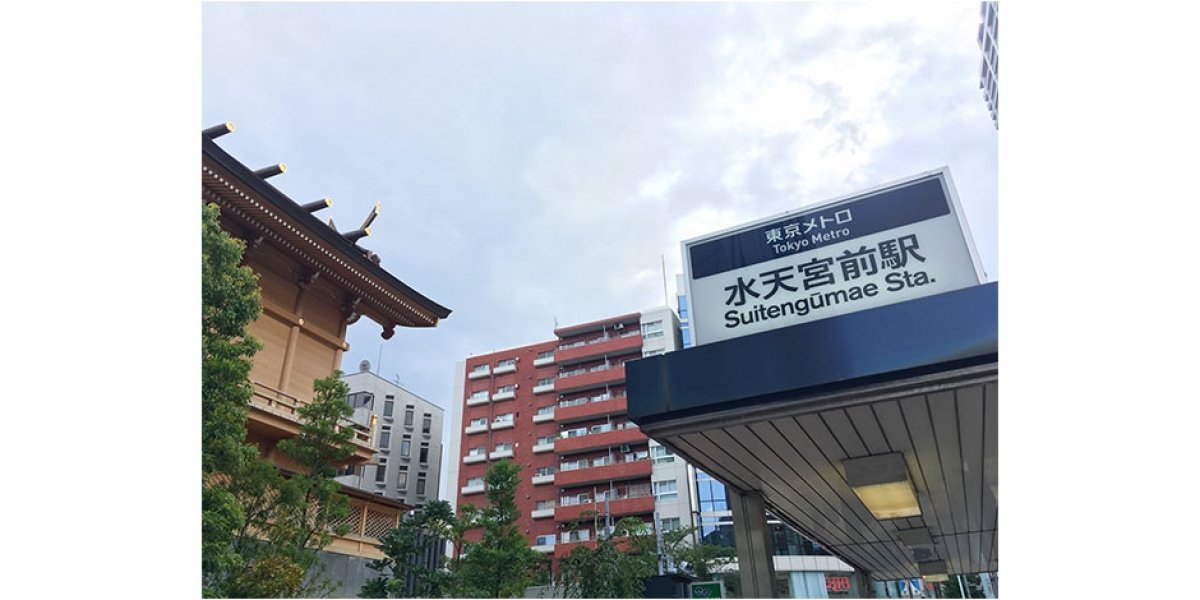 There are several supermarkets, 100-yen shops, and more near Suitengumae station. From Tokyo City Air Terminal you can take a bus to either Narita or Haneda airport. There are also plenty of places to eat. With access to trains and buses you can go a variety of places. You can get pretty much everything you need daily around here, but if you do need to head to a department store, it is not a long trip. You can get to Tokyo station and other sightseeing spots easily and enjoy a safe home neighborhood. You can also get to Shinjuku, Shibuya, or Ikebukuro in just around 20 minutes, or to Otemachi in 4 minutes. 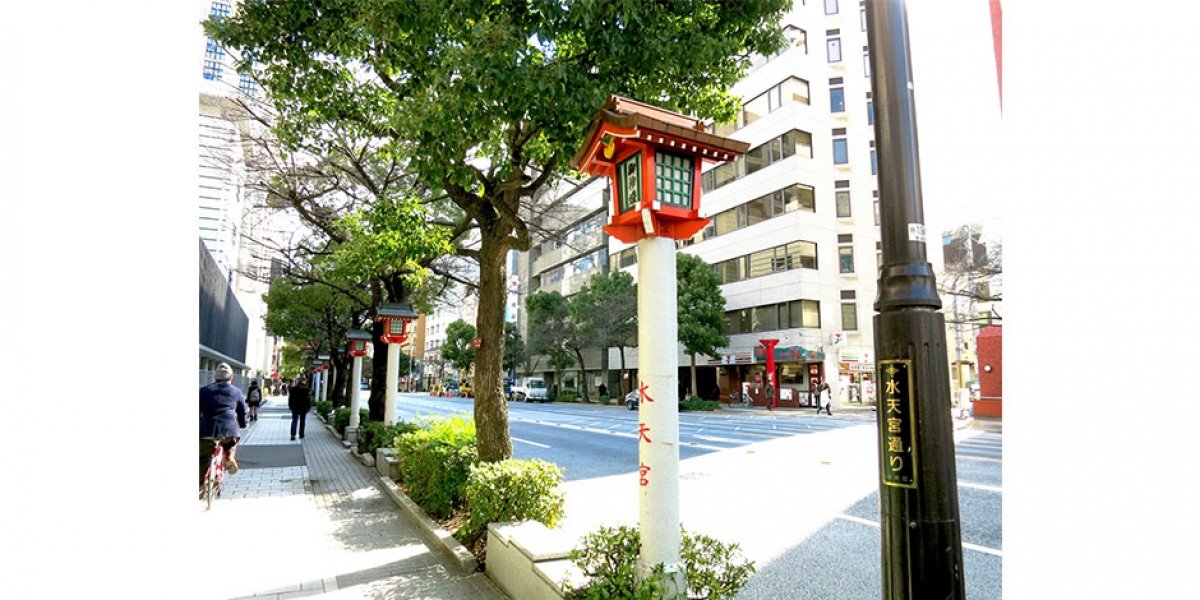