Thank you for talking with us. Can you introduce yourselves?
Marie: I'm Marie. I'm 26, and I'm from the French-speaking part of Canada, Quebec. He's Hugo, and he's 29.

We got married this year, and before we started our lives together we decided to do our honeymoon and working holiday both in Japan!

Congratulations! When did you meet?
Marie: We met 8 years ago, and I had just gone to an exchange program in Germany. So for 6 months, he was in Canada and I was in Germany, and we were doing a long-distance thing, and that was kind of lonely, so we said that next time we went overseas it would be together!

What made you decide to come to Japan?
Marie: I studied Japanese in university, and I met a Japanese exchange student and we became friends, and they said I should come to Japan. I looked at a list of countries to do working holidays in, and I was trying to narrow it down. But I had lots of friends in Japan, I like the food, so I decided on Japan. I'd actually come once before in 2015 for about a month.

How did you learn about the working holiday program?
Marie: I heard about it when I was studying international relations and I was interested. I applied for the visa through my program, and it was very fast and simple, and the told me tips about living in Japan.

Hugo: The Japanese embassy in Canada is in Ottowa, but the program did everything so we didn't have to go all the way there.

Hugo: Normally you have to go in person, but we could do the interview out here beforehand and they helped us prepare all the documents, so it was really easy.

Marie: We paid about 400 dollars though!

Marie: That said, it made the process so much more convenient.

Hugo: It took around 3 months to get all the necessary documents. We needed a health checkup report in English too, and it can be hard to get English paperwork in Quebec... it took awhile but it was easier than doing it myself. 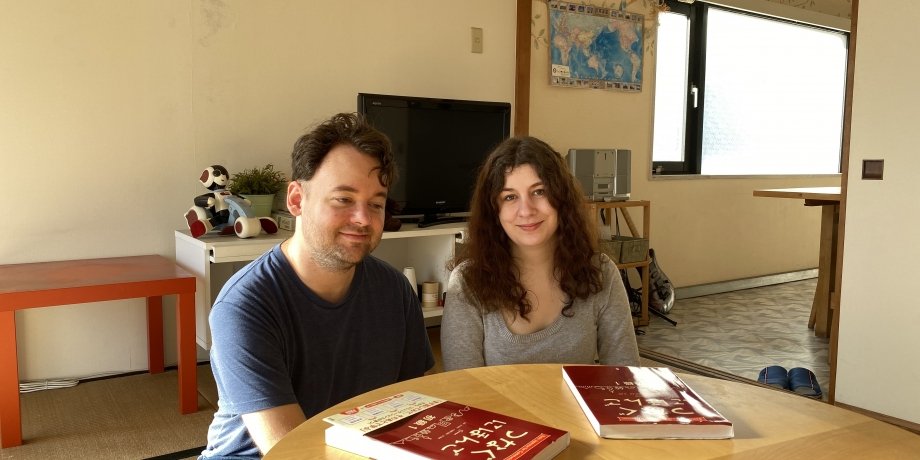 How was finding the house?
Hugo: We had to wait a long time at the airport, actually. There weren't a lot of staff handling the working holiday visas so it took an extra hour after getting off the plane. We were so tired!

Marie: For the first night we just stayed in Ikebukuro, and two days later we headed to Premiere Warabi, and maybe because the address was written in Roman letters, the taxi driver had no idea!

Hugo: I can read hiragana, but I don't know much kanji at all.

Mari: But luckily we'd searched for the area before hand, and eventually we got there, though our bags felt heavy!

Hugo: Oakhouse gave us all the information we need, so really the hardest part was telling the address to the taxi driver!

Why did you choose Oakhouse?
Hugo: We actually looked at a lot of different places, for about two weeks. And then, we weren't sure if we should do an apartment, or a share house. Then we found Oakhouse on the internet.

Marie: There's a Facebook group for Tokyo apartment information, and we asked if anyone had a recommendation for a good room for a married couple. All the other apartments we'd looked at, even if they were furnished, just had single beds, which wasn't ideal. Then we learned that this place had a double bed.

What do you think of the house?
Hugo: This is the first share house I've been in, so I have nothing to compare it to really, but it's a nice big house. I was quite surprised. I thought it would be smaller, and the kitchen always crowded, but that's not the case at all. There's always space to cook, so there's no stress no matter the time of day. Also the room is a nice size.

The only thing is that there aren't many opportunities to talk to other residents, but I just think that's because everyone's schedules are very different.

There are people here from all over the world, though, and it's kind of interesting to see that we don't speak each others' langauge!

Marie: One thing I like about Oakhouse is that you can pay up front, so we paid 3 months of rent before we moved in so we don't have to worry about missing a payment! 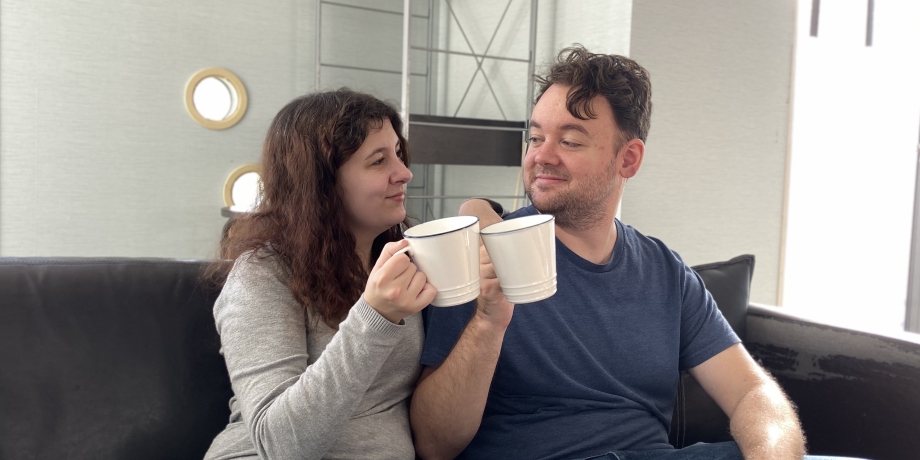 How has your life in Japan been so far?
Hugo: Since we came we've been going different places. Right now I have Japanese class in the mornings, but we don't go out much after that. So I'm looking for work right now. Probably at a conbini, or factory, or English teaching. If my Japanese gets better I hope I can find something in my career.

How do you find studying Japanese?
Hugo: You really need motivation to study Japanese. Like for me, I studied Spanish, and German, and that was comparatively easy, because I already spoke French and English, and they're somewhat similar. But Japanese is a completely different language, and you have to start from nothing, not just speaking, but reading too. 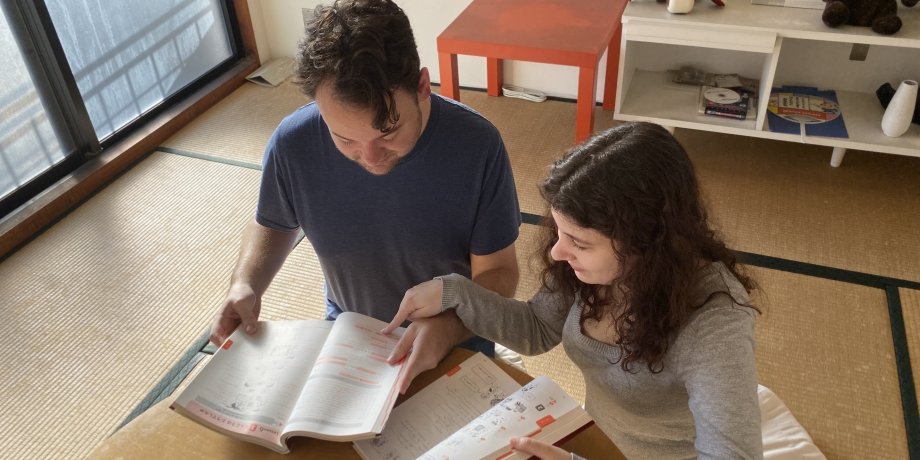 What kind of Japanese food do you like?
Hugo: I love udon. Anything with udon, I'll eat it. Curry udon too.

Marie: We went to Kawagoe and had some great udon there, and ever since Hugo keeps saying, 'hey, we should go to Kawagoe again... for the udon'!

Hugo: It was the best I've ever had!

Do you eat out much:
Hugo: Now I can actually order in Japanese a little bit, so we try to go out once a week or so.
Marie: We use the convenience store a lot, it's cheap, close, and tasty! 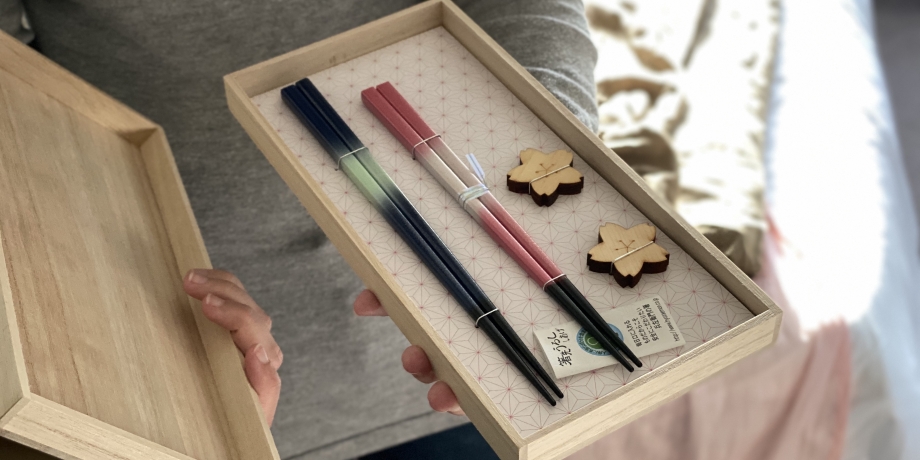 Editor's postscript
We loved hearing your nice story. Have a great honeymoon in Japan!