Walk along the Tokyu Tamagawa line and enjoy the sakura.

Musashi Nitta is a station on the Tokyu Tamagawa line, which connects Tamagawa station and Kamata station. It's a short line, of only 7 stations total, and all the stations are in Ota ward in Tokyo, all between Kannanadori highway and the Tama river.

Musashi Nitta is one of the more lively places along the Tamagawa line. It's convenient for shopping and there are plenty of places to eat. From Tamagawa station, on the Tokyu Toyoko line you can get to Shibuya in 21 minutes, or Yokohama in 33. From Kamata you can take the Keihin Tohoku line and get to Shinagawa in 21 minutes or Kawasaki in 18. This makes it great for commuting, especially since trains arrive every 3 minutes or so.

Today, we took a walk along the Tama river, where the sakura trees are well-known. The sakura trees near Numabe station on the Tamagawa line are famous for mention in Masaharu Fukuyama's song "Sakurazaka". There are many other places along the river where the cherry trees bloom, so any where you go it's sure to be beautiful.

So let's explore the Tamagawa line and Musashi Nitta station! 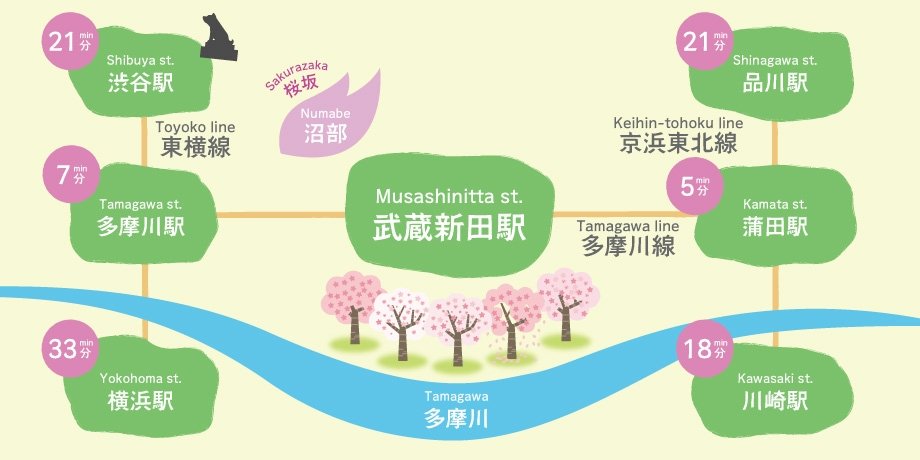 There are 7 stations on the Tamagawa line, and it takes just over 10 minutes to go from end to end, from Tamagawa to Kamata. There are lots of transfers to other lines so it's pretty convenient for travel. 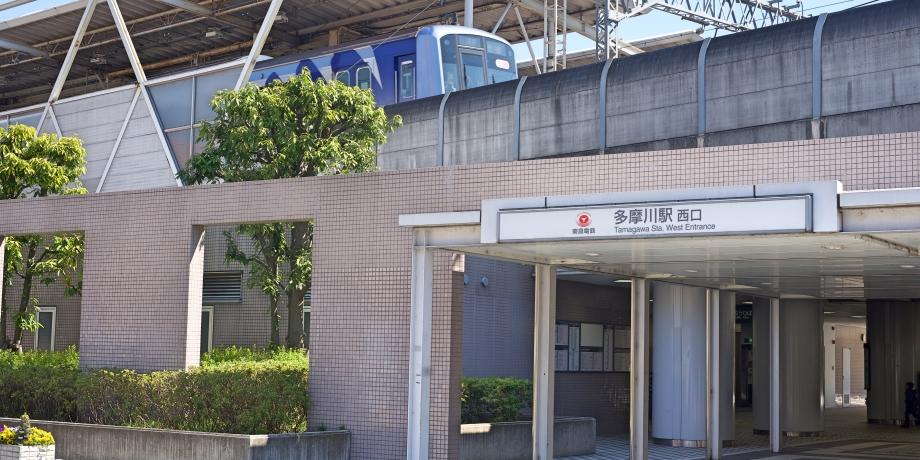 We're starting from Tamagawa station, on the Tokyu Toyoko and Tamagawa lines. To the west is Tamagawadai Park, and to the east is another Tamagawa park, so there's lots of nature.

As the name implies, the Tama river flows nearby. 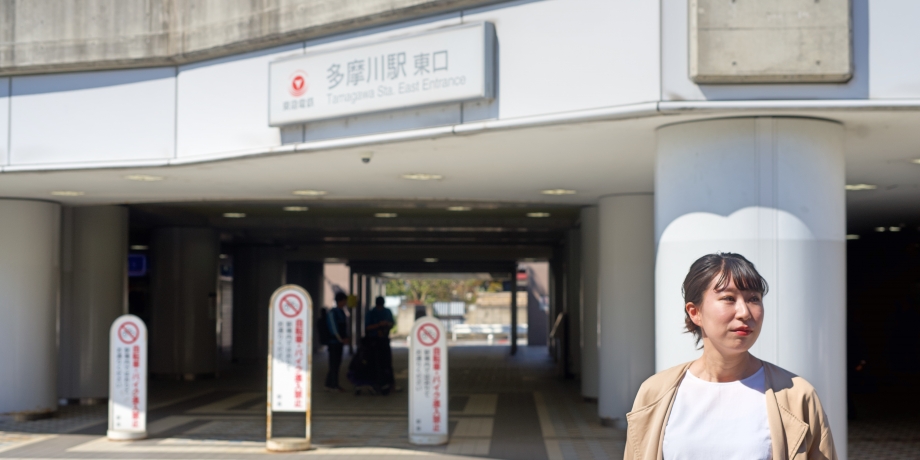 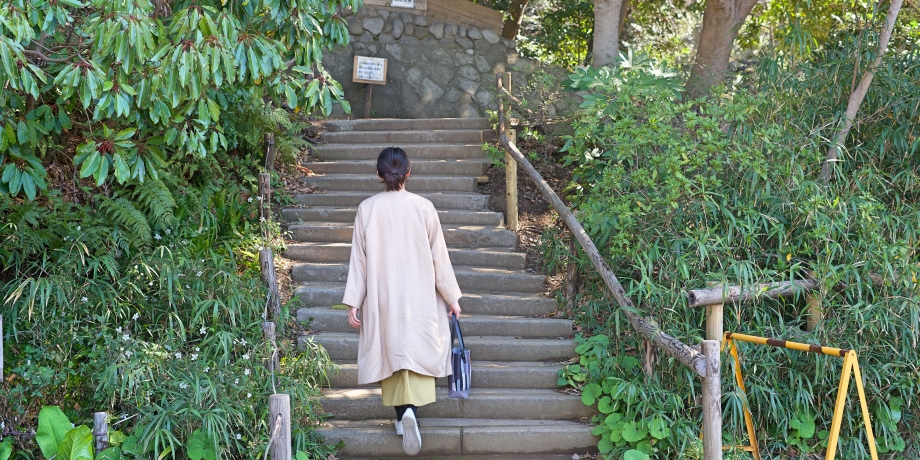 Beautiful nature! Already feels more like a hike than a walk. 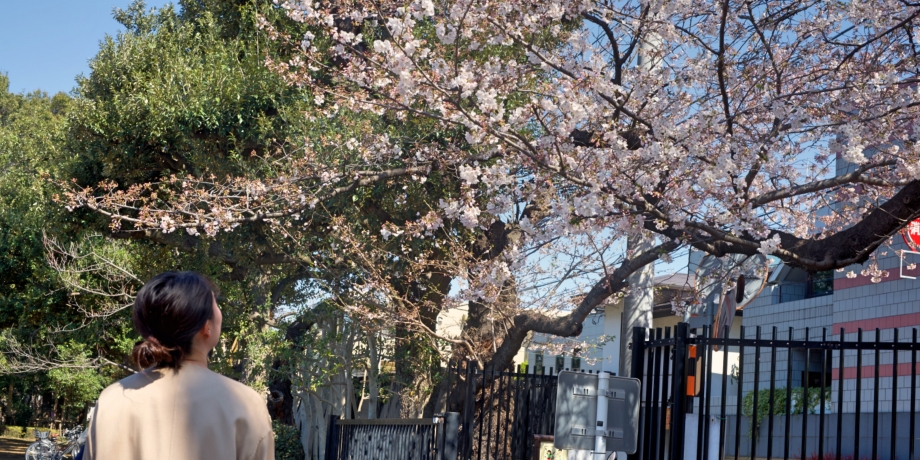 This is a 15-minute walk from Tamagawa station.

There were already lots of people taking photos of the flowers. 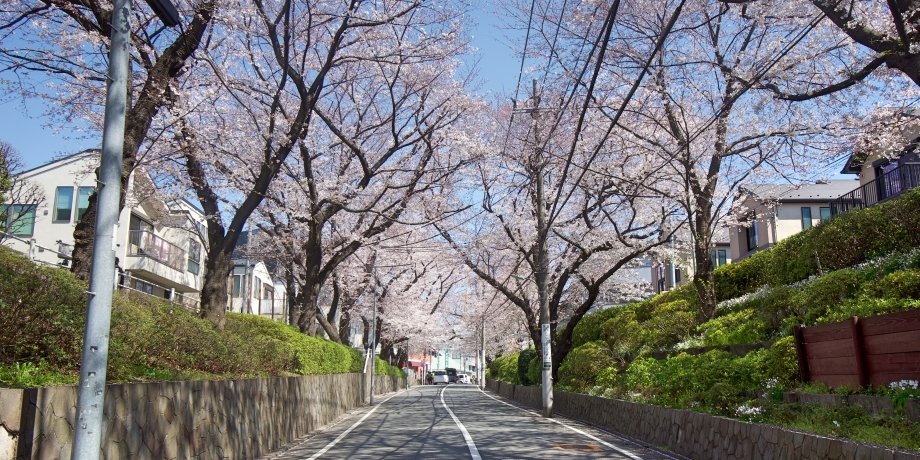 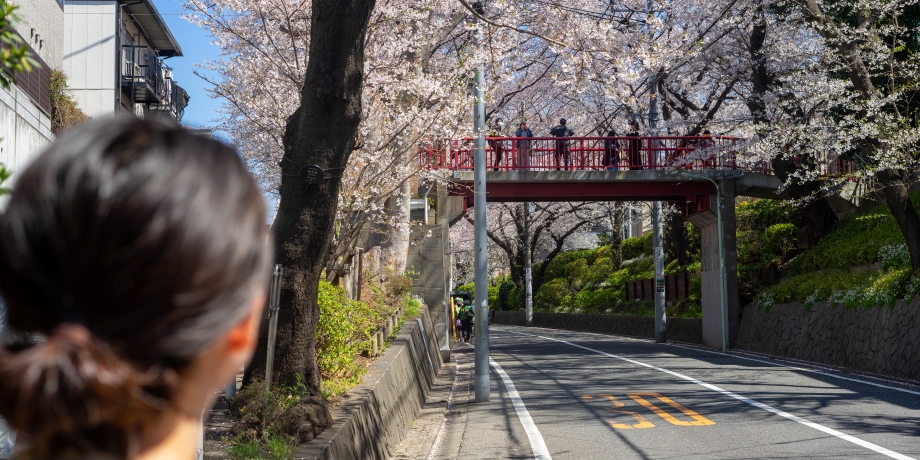 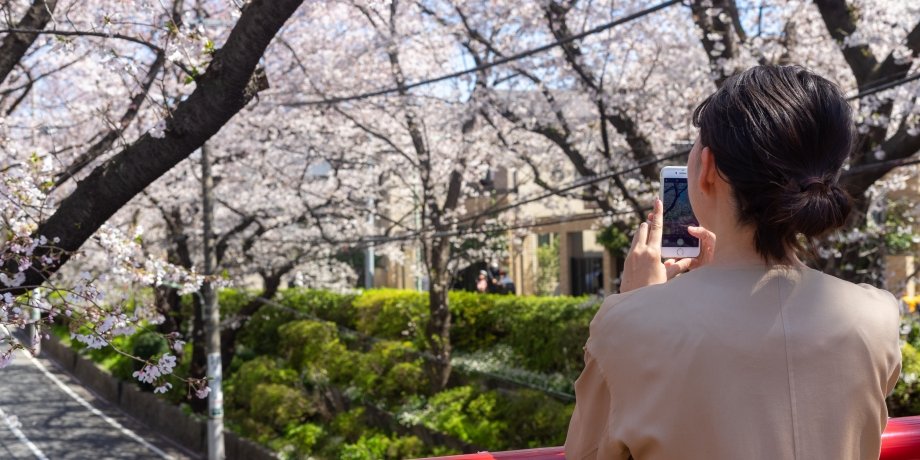 We leave behind Sakurazaka and head toward Numabe station, to find the Rokugo irrigation ditch.

This is also a popular sakura spot.

Like we said before, there's lots of sakura spots around here that make for good walks. 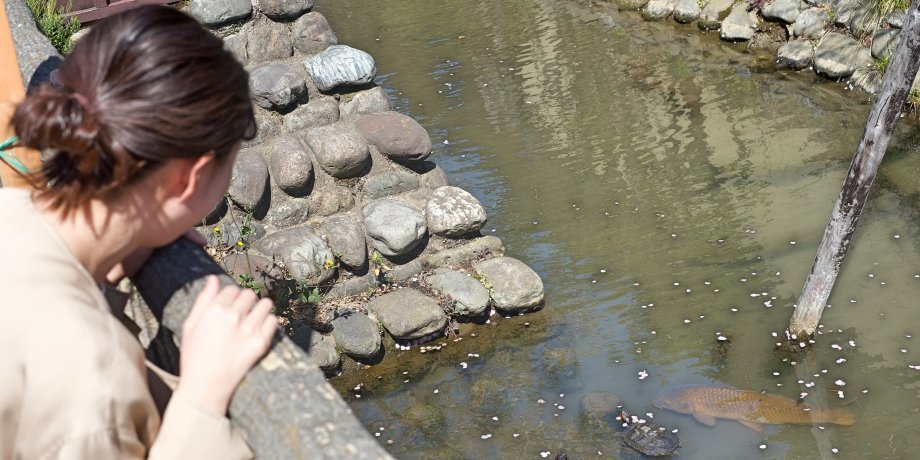 Koi fish poked their faces out of the water as if to say hello, and turtles sunbathed on the rocks.

Rokugo irrigation ditch: how many turtles can you find? 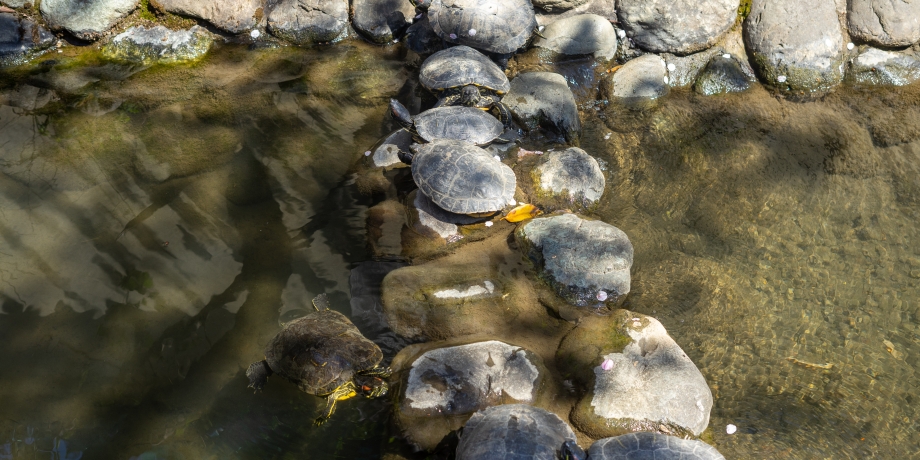 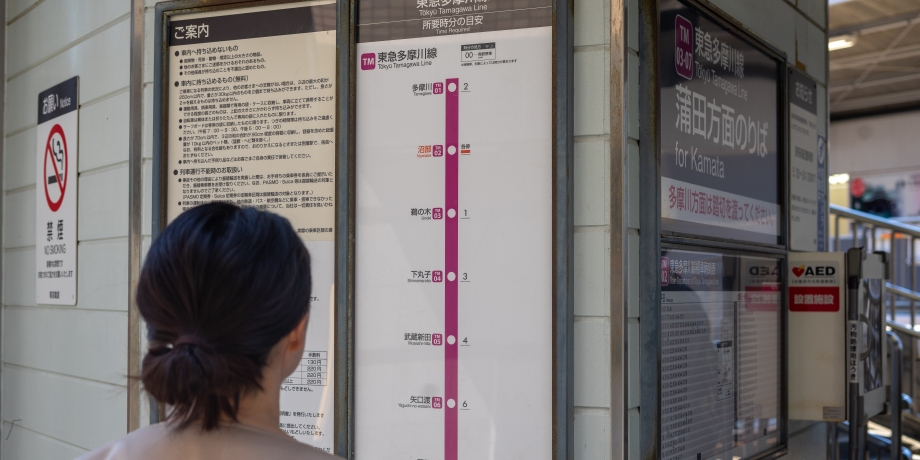 Next we take the train to Musashi Nitta.

It's even pleasant just standing on the Tamagawa line train platform. 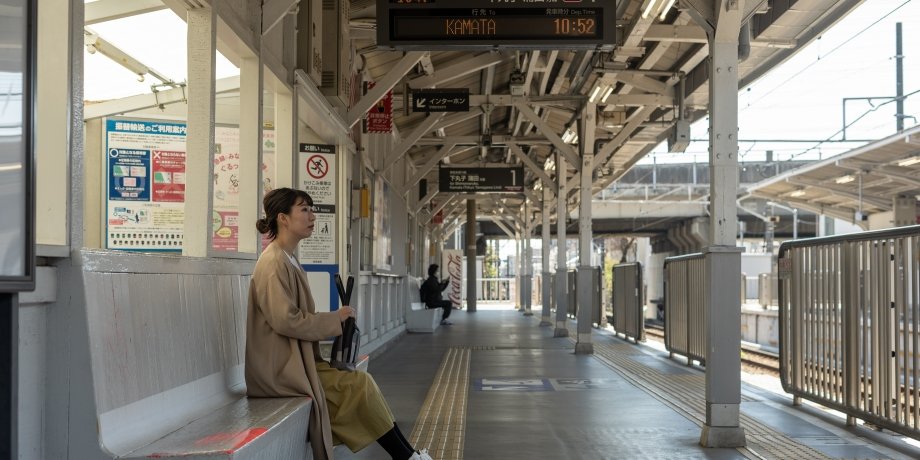 Downtown feeling outside the station 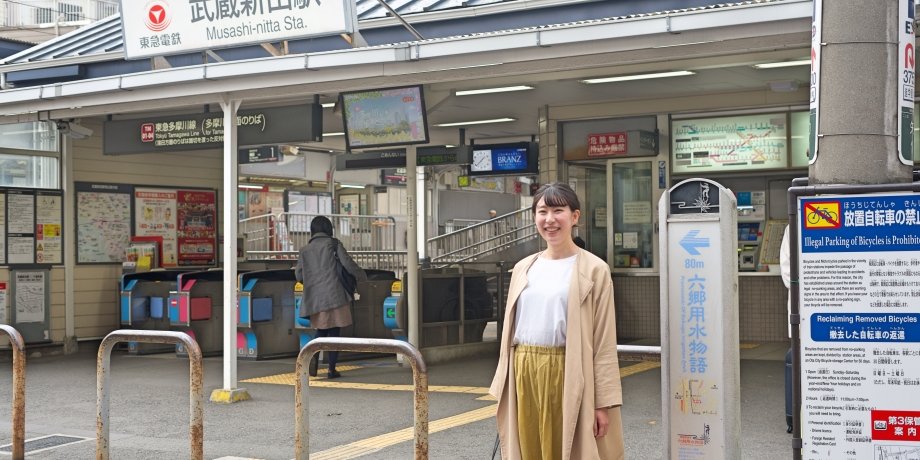 Once we get out of the station, there's a drug store, a convenience store, ATMs, and more conveniences.

And of course a familiar Japanese downtown shopping street. 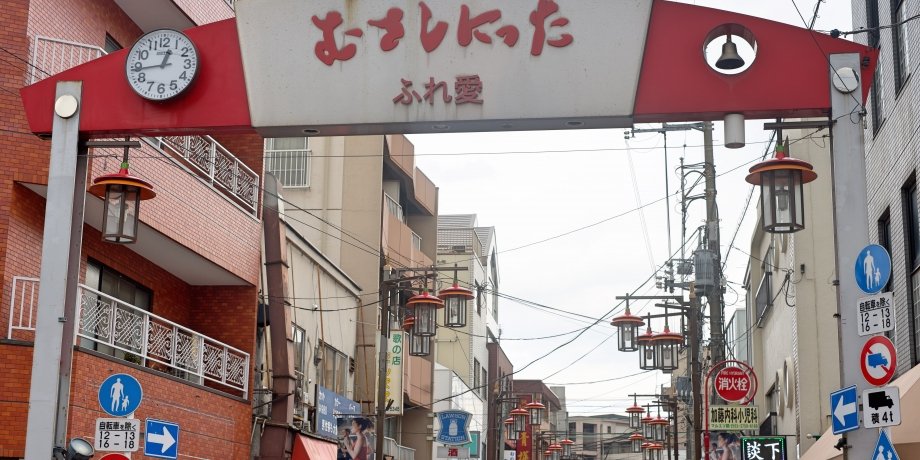 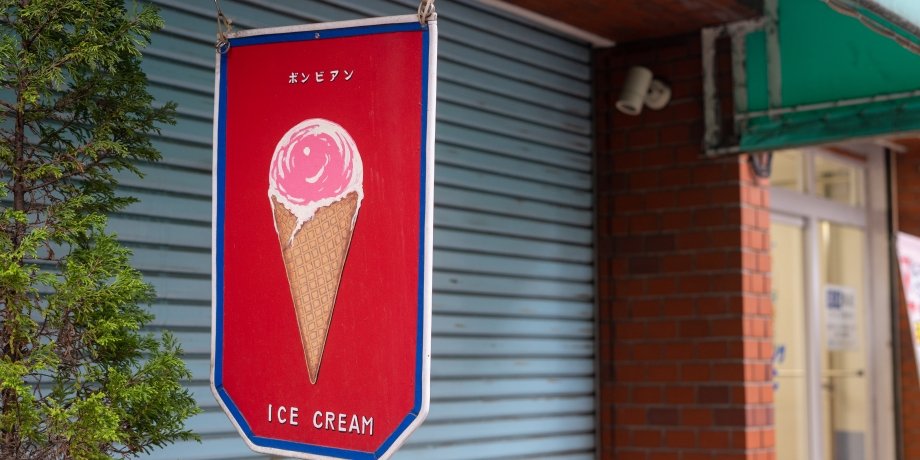 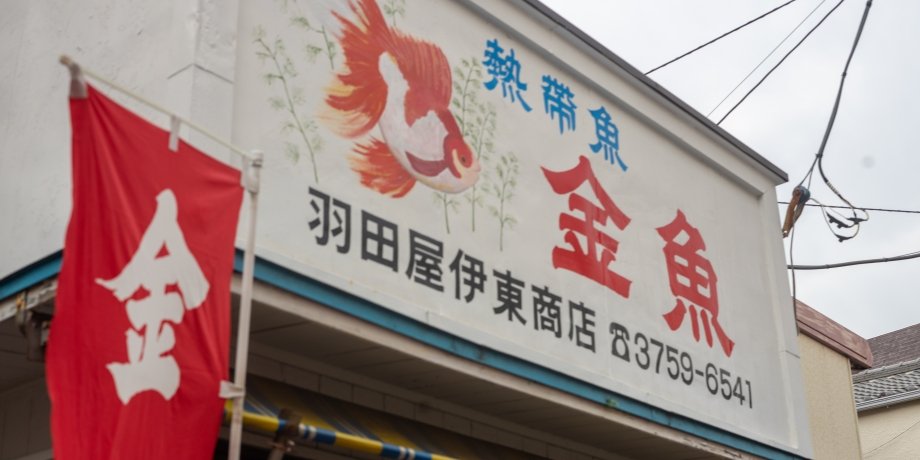 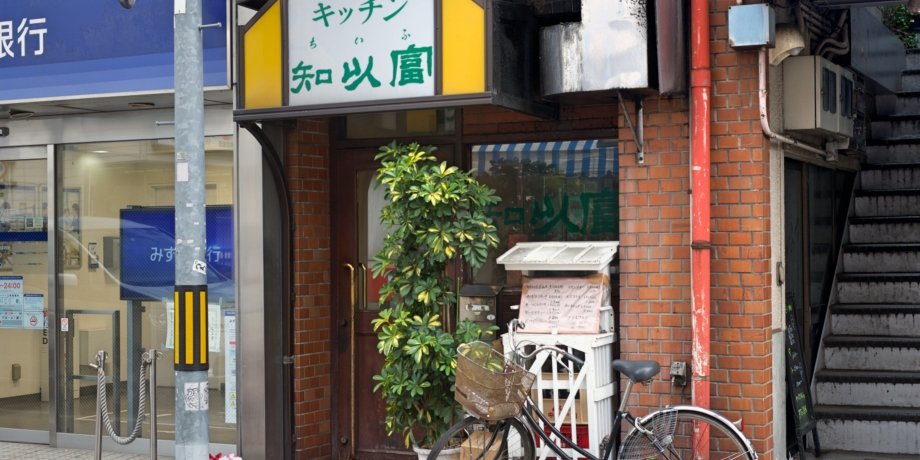 We had hamburg steak, which was juicy and delicious! 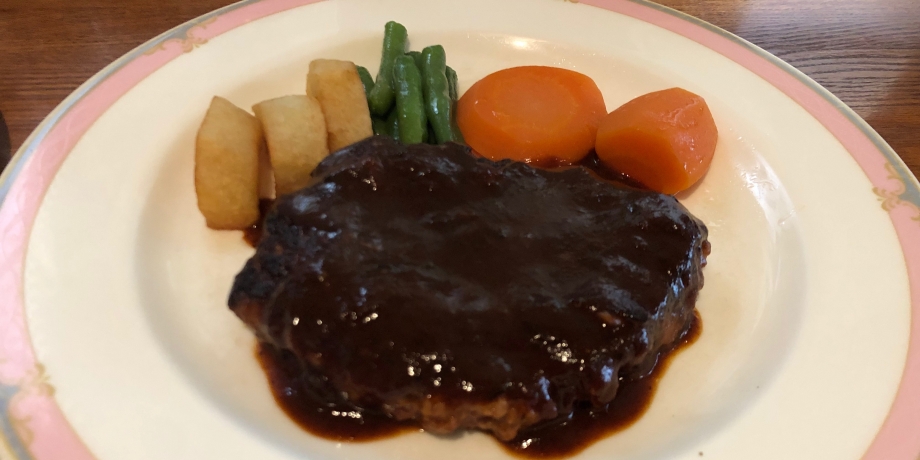 Off to the Tamagawa riverside 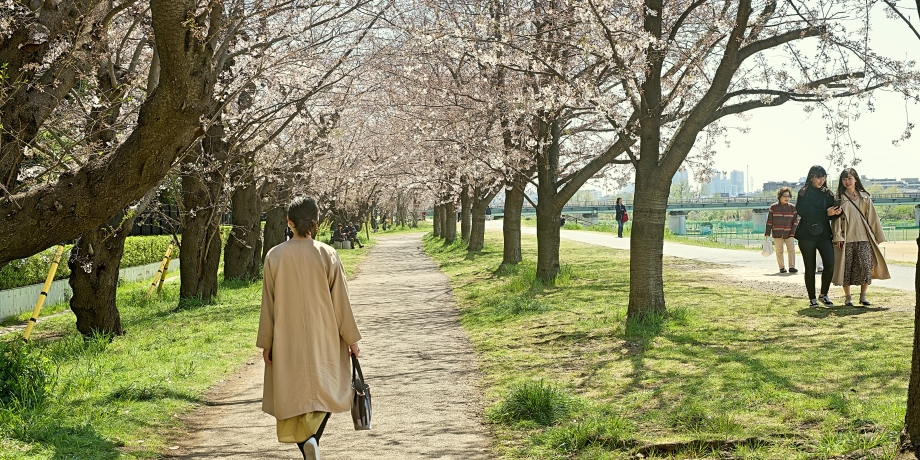 It's a 15-minute walk from the station to the riverside, where there are lots of trees on the path.

The sakura tunnel is just another way to enjoy the beautiful of the trees. Many people were walking around and taking pictures. 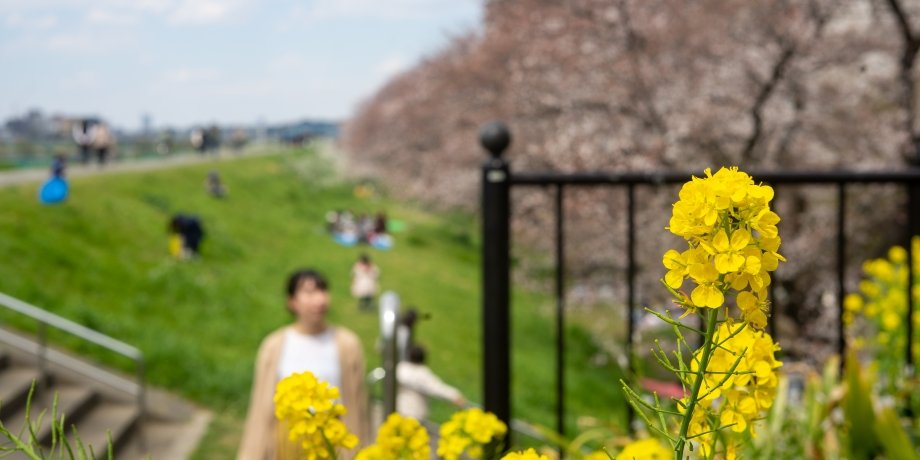 You can see sakura and nanohana flowers together.

It's such a relaxing place.

So that's part of the Tamagawa line!

We hope you will come see the sakura for yourself next time they're in bloom.

The area around Musashi Nitta station is convenient, and you can easily get to Shibuya or Shinagawa, and also get to Kamata station for more shopping.

The Tokyu line is best known for the Toyoko and Den-en-chofu lines, but we think the Tamagawa line also has a lot to offer! 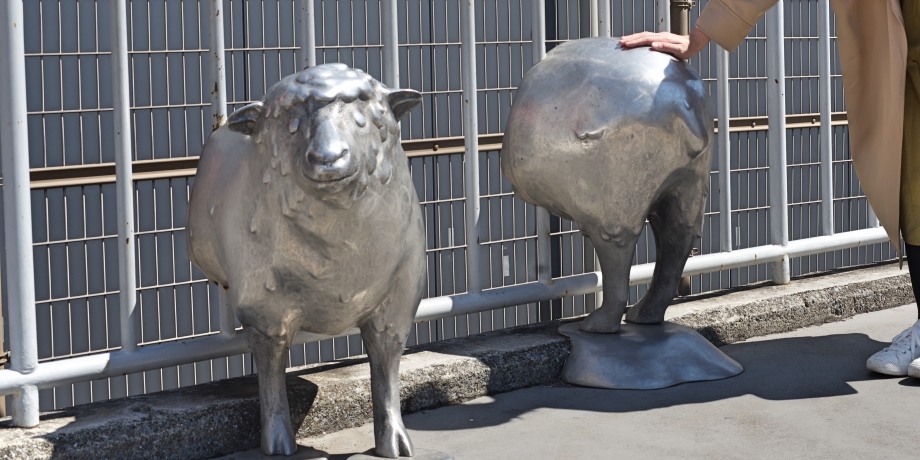 This is an art installation that is part of the Tamagawa Art Line Project.

There are various artworks at all 7 stations.

We liked this cool sheep that hangs out on the platform at one of the Tamagawa line stations.

Which station? Try to find it on your own! :)