Why a share house is perfect for a minimalist lifestyle 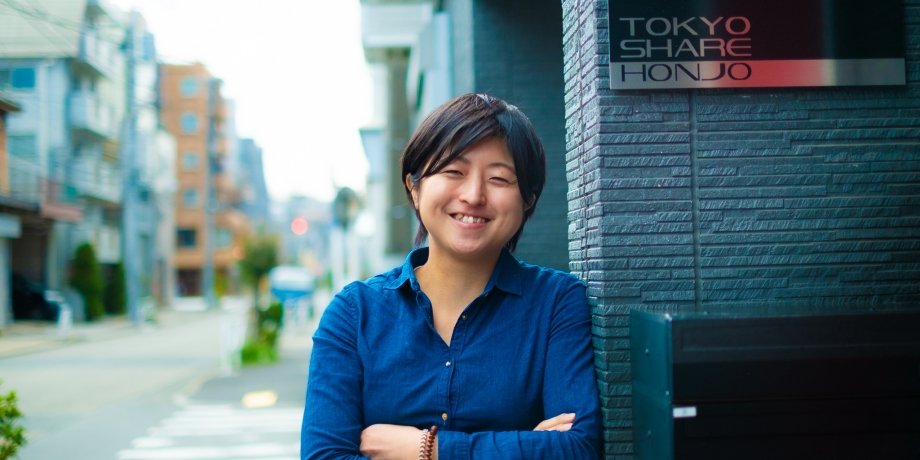 When living in an apartment, you tend to accumulate a lot of appliances and furniture. It also takes a lot of extra fees just to rent in the first place, so it's hard to move anyway. You'd have to take your bed, desk, washing machine, refrigerator, and more just to have a basic lifestyle. That's why share houses have become more popular as a place you can enjoy a minimalist lifestyle.

In this our 7th Oakhouse resident interview, we talk with Maiko Matsuoka, who lives at Tokyo Share Asakusa Honjo. She often has to work at various places, and hopes to live overseas one day. We asked her about her change to a minimalist lifestyle after moving from an apartment to a share house.

What made you want to live in a share house in the first place?

To put it simply, I just wanted to feel lighter. When I lived in an apartment by myself, it was comfortable, I had plenty of time for myself, sometimes had friends over to hang out, and really liked living alone. But once you start living alone in an apartment, you accumulate a lot of stuff, and it gets harder and harder to move when you need to, or when your life suddenly changes. 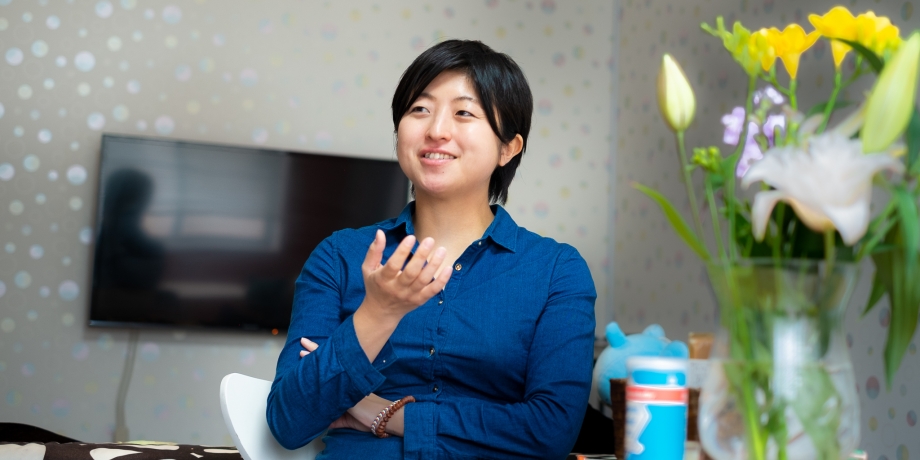 I didn't have any massive pieces of furniture, but still I had a lot of appliances, furniture, clothes, and stuff piles up before you know it. I think everyone has had this problem. It would be nice if I never had to move, but I don't think there are many people like that.

There was definitely a time I truly felt I was missing out by having too many things. For my job now, I was transferred from Hiroshima to Tokyo and had to look for a new apartment. I had too many things, so I was limited to looking at places with a lot of storage space. But those kinds of places are too expensive.

Outside of Tokyo you can find affordable places with more space, but it's just too hard in Tokyo. So I didn't have much to choose from. Even if I found something I liked I had to give up on it because there just wasn't enough space for everything I had.

Then there was an even bigger problem--I was transferred from Tokyo to Osaka. It was just for 3 months, so I moved out of my Tokyo place and lived in a monthly apartment, with almost no storage space at all, and it was impossible to take it with me. So I rented a storage space and put half my things in there. I was worried I would have a hard time without all my things, but as time went on I realized there was no problem at all.

That's when I started to think that I want to be able to live without being limited by location or things. I noticed that sharehouses tended to be fully furnished, so that became an attractive option. I was able to talk to a friend of mind who was living in a share house so I was able to get a clearer mental image of what it was like.

Did you feel any inconvenience living in a share house after living in an apartment by yourself?

I think most share houses are similar, where you share a kitchen, living room, and bathroom with everyone, and have your own private room. 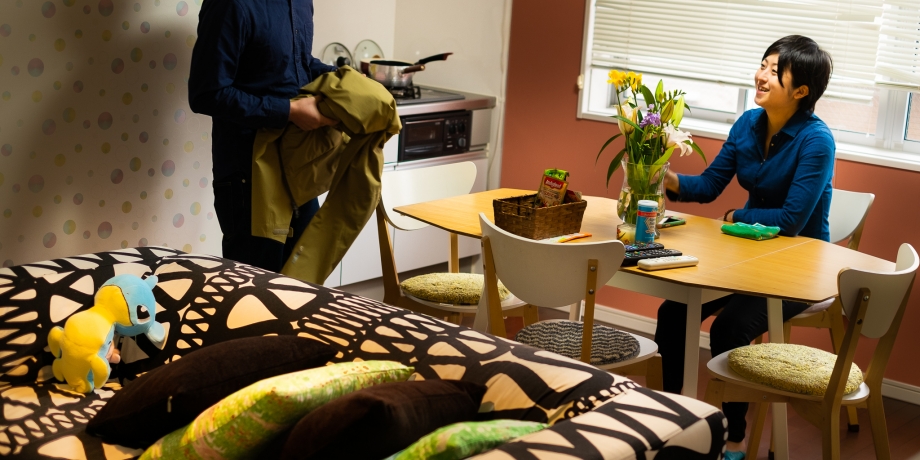 So even though it's "shared", you still have your own space, so you can see people when you want to, or be alone when you want to. One thing that was surprising was that the share house was quieter than I though. There are several washing machines, or kitchen appliances, so you never feel like you're struggling to use things if someone else is there too.

You don't have to sign a long binding contract, and you don't have to worry about separate water, gas, electric, and internet contracts, so it was a really smooth moving experience.

The share house lifestyle was an opportunity to unburden myself

Having lived in the house, what are some 'things' that you don't miss?

In a share house you just have your one room, so storage space is less than my old apartment. So just having the closet in front of you, that limited space, is a great motivator to get rid of things you don't need.

I got rid of lots of items. Here there's furniture, a bed, and appliances, so I don't need to have my own. I got rid of my guest futon and now just have a sleeping bag my friend can use if they come stay with me. There's cookware in the house so I don't need my own pots and pans. I don't need a washing machine or microwave, and I also was able to downsize my clothes, shoes, and bags. 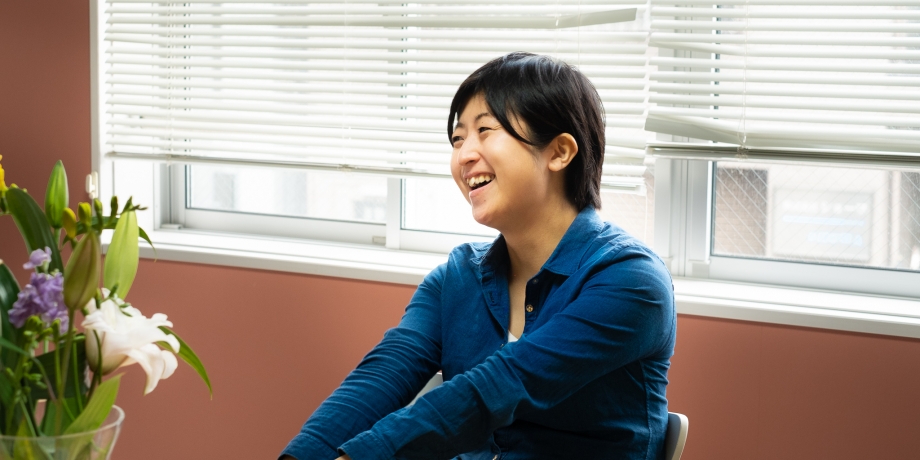 I'm from Hiroshima, so I had a big hot plate for making okonomiyaki.
Every time I moved, I brought that hot plate with me. Even though I really only used it two or three times a year, I brought that thing every time I moved.
Then I thought, you know, you could make okonomiyaki with a frying pan...so I got rid of the hot plate, and it's fine! It's a very freeing feeling to be able to be freed from things.

The less things I had, the closer I got to overseas

Have you met a lot of people from overseas in this share house?

In a sense I feel like this house is a space between Japan and the rest of the world. I studied abroad in Italy when I was a student so ever since then I've wanted to live in a place where I could interact with people from all over. 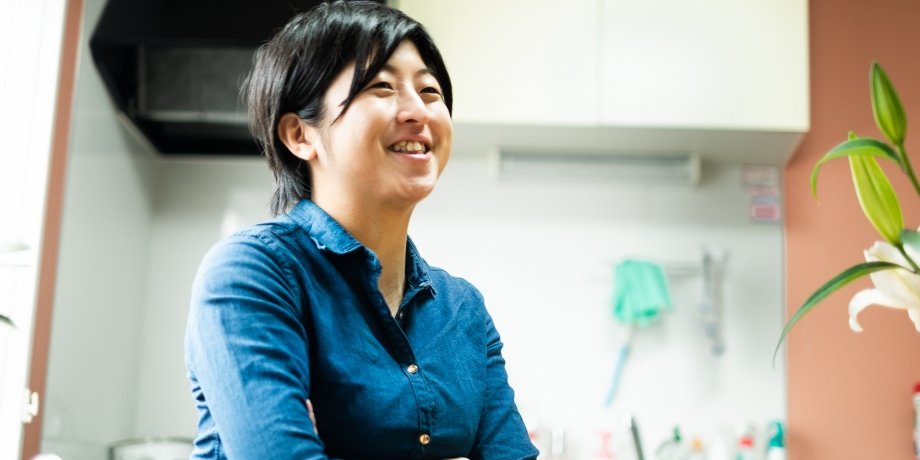 At the share house, I can speak to people in English and Italian, and it's just nice to have people from other cultures nearby, and easy to get to know and understand them.

I'd be nice to live overseas one day, so not having a lot of stuff makes it that much easier to make preparations and go, I think. So really living in a share house has been good practice for that time when I feel ready to make the leap overseas.

We hope you continue to enjoy your minimalist share house lifestyle. Thank you for your time!

Maiko Matsuoka
From Hiroshima. As a student at Kansai Gaidai, spent a year in Milan, Italy. She currently works for an Italian importer, often making visits to large client companies. She is also in charge of her college alumni group. She enjoys travel, food, krav maga, and walking in one-tooth geta shoes.