Rooms for rent in Tobu-Daishi line

There are only 2 stations on this line, running a mere 1 km. The line began in 1931, as part of a plan to secure a way to get people visiting the Nishi-Arai Daishi at Soji shrine from the line that runs from Isesaki line Nishi-Arai station to Tojo line Itabashi station. Originally the plan ran along the Kannana dori street, with stations including Daishimae, Shikahama, Kamiya, and Itabashi, but in 1922 construction was only secured for between Nishi-Arai and Shikahama. However, after making the applications, the Kanto Great Earthquake struck, and reconstruction became a priority, greatly affecting the plan. From the end of the Taisho period to the beginning of the Showa period, urbanization in other areas was rapid, and this plan was put by the wayside. Now, the line only exists in its current state. In 1991, most of the tracks were elevated, so it is the only line on the Tobu line without any above-ground crossing. Daishimae station is unique in that it is fully automated, from ticket machines to gates. Driver-only operation began in 2003, and 2-car trains go back and forth from Nishi-Arai to Daishimae.

The thing to see on the Tobu Daishi line is of course the Nishi-Arai Daishi, a Buddhist temple. It's formal name is "Gochisan Henjoin Souji Temple". It is a very important temple in the Kanto region. When famous monk Kukai (Kobo daishi) was making a pilgrimage in the area, he passed through Nishi-Arai and helped the sick in the area. In thanks, the temple was established and a carving of Kannon made in his honor. The main hall was established in the mid-Edo period, but was lost to a fire in 1966, and rebuilt in 1971. It is one of the 3 main Daishi temples in Kanto, along with Kawasaki Daishi, and sees many visitors especially on New Years. On the temple grounds there is a well filled with what is said to be healing water, and because the well lies on the west side of the main hall, that gave the area the name "Nishi-Arai". 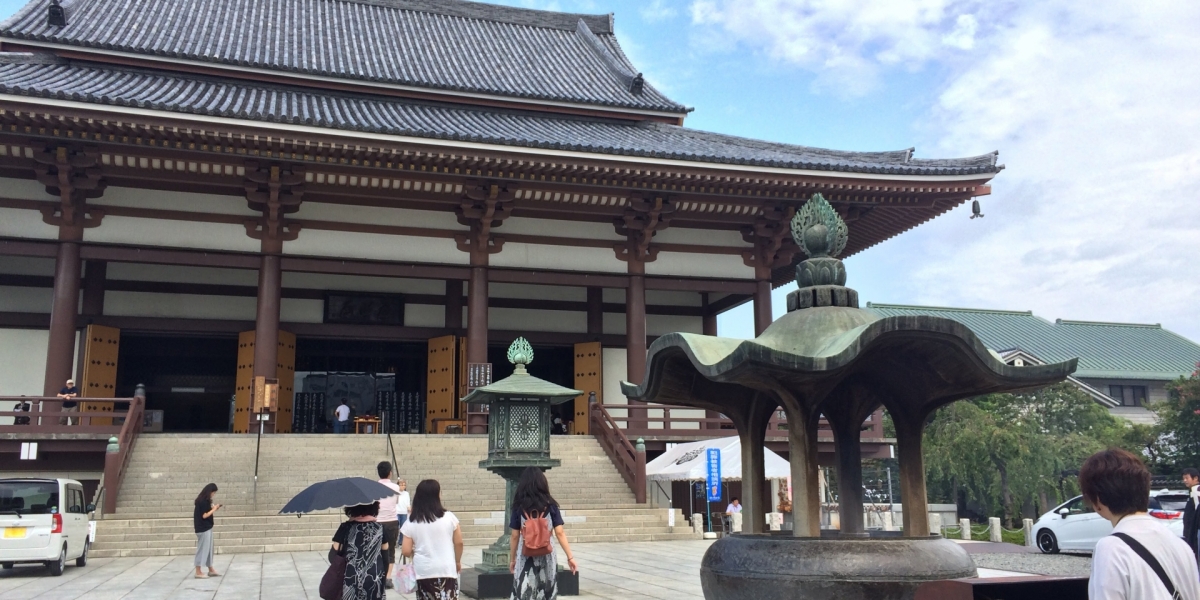 The Daishi line only has access to Nishi-Arai station, so of course you must transfer to the Tobu Isesaki line, or Sky Tree line. The Sky Tree line goes through the Tokyo Metro Hibiya and Hanzomon lines, so you have easy access to the rest of the city from Nishi-Arai station. The Daishi line is in the northeast of Tokyo, and there are many residential areas that are affordable. Nishi-Arai is home to many large shopping areas so it is convenient for your daily life. 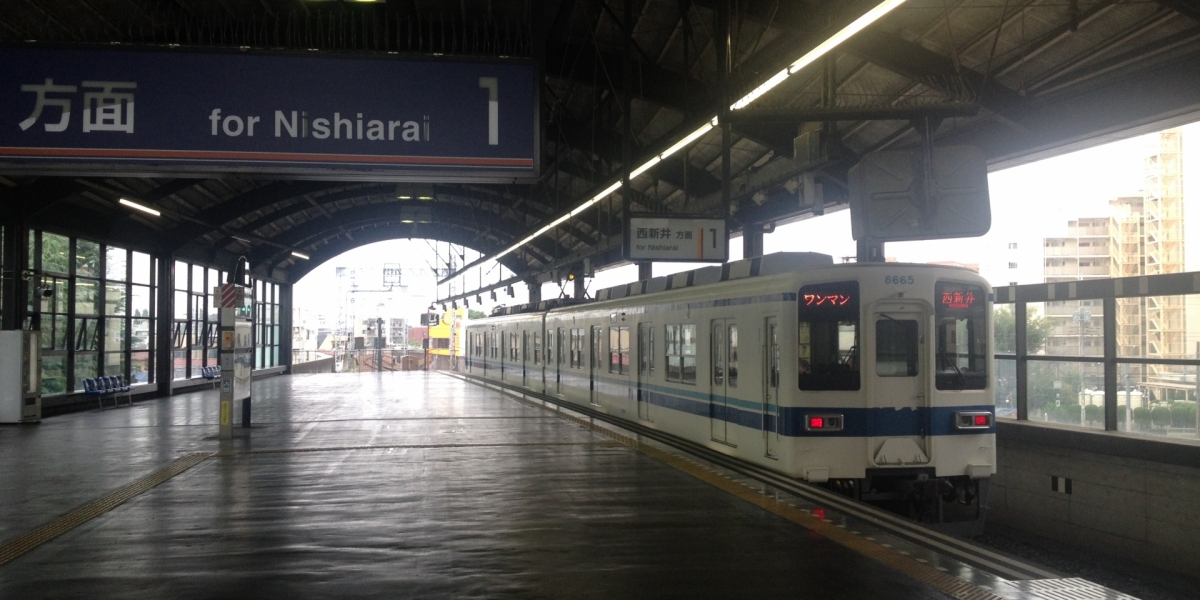