Why I live in a share house and write plays 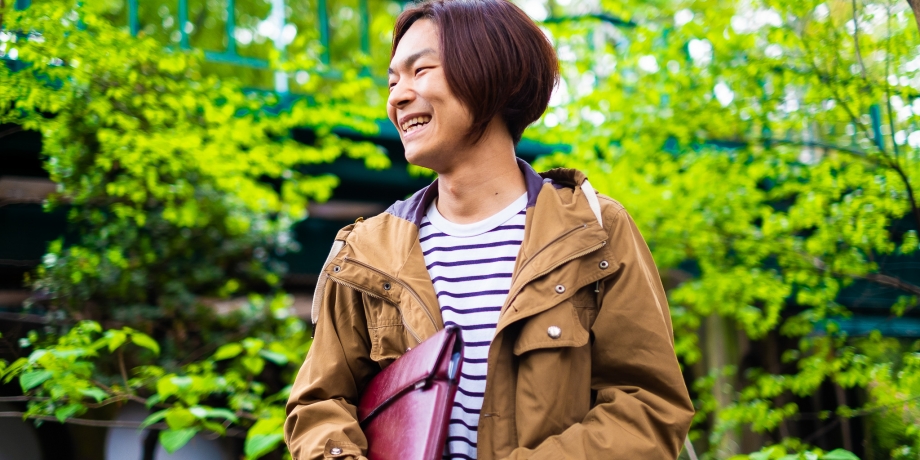 When you are working on something creative, it's important to have a quiet place where you can work alone. But for art, it's nice to be surrounded by people of all sorts of different backgrounds, which is why a share house can be a great place for a creative type.

In this 7th Oakhouse resident interview, we talked to writer and dramatist Yoshifumi Hagiya. Hagiya was originally a molecular biology researcher at Keio University, but after earning his masters he became a playwright. He won the top award at the 16th Suginami Drama Festival (2019), and has garnered much attention as a new young creator. We asked him about his decision to live in a share house as opposed to an apartment.

Hagiya Yoshifumi
Playwright born in 1989.
From Ibaraki prefecture. Was a researcher in the school of medicine at Keio university with a focus on molecular biology. After graduating, he entered the Za-Koenji theater creative academy. Over the next year, he learned stagecraft, creative theory, and practice. Later, he went independent and formed his own individual unit "mooncuproof". In 2019, he won the top prize at the 16th Suginami drama festival for his work "2019, Tokyo, and then, or→".

Tell us about your current work and activities.

I write scripts for stage, direct plays, and write short stories based on products, so I have a few main jobs.

As a scriptwriter, I tell a story, create a world, write dialogue for actors. As a director I communicate with actors to help realize the script for the stage.

mooncuproof (https://hagiya4423.wixsite.com/mooncuproof) is the name of the theater group I established, and we perform at the Itabashi Fight theater in Itabashi. I also sometimes appear in or help direct local musical theater. 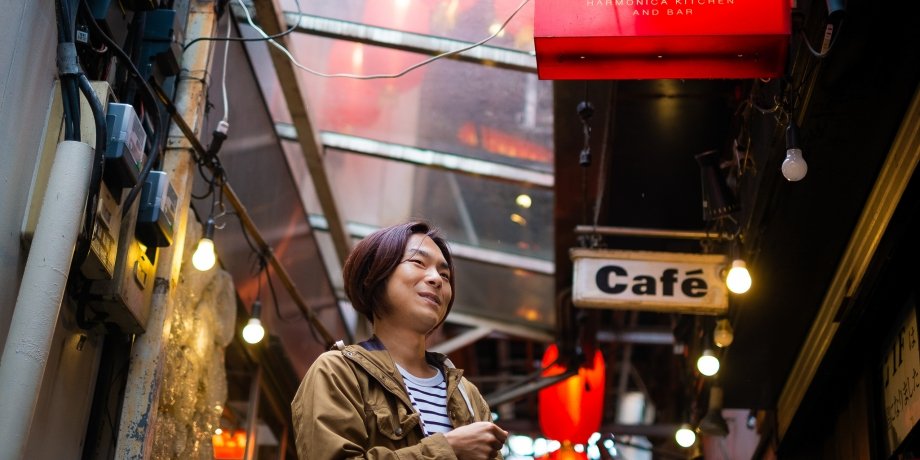 I think the difference between a scriptwriter and a director for stage can best be likened to a gardener. As a writer, you decide the position of things in the garden. You might outline a place to put a statue of a lion here, a bird statue there, a human figure over there. The director consults with the actual craftspeople who then make the carvings and oversees putting them in the garden directly.

I think every writer and director has their own individual style, but for me, when writing a script I don't have the fine details decided. Mostly I want to leave that up to the actors as they think about their specific performances. A lot of people tend to think that the play is set in stone once the script is finished, but for my plays, I would say that only 50% of the final work is in the script.

After finishing the script, you head into directing. My directing stance is "communicate with the actors to define the lines in the script."

For example, if a line for a character as written is "this is delicious", I'll discuss with the actor, "what do you think this line is trying to convey?" And they will interpret it according to their thoughts and put it into their performance. Every actor might have a different thought about the same line, how to express it, what it means. So you can have many different total performances even from the very same script.

In the share house I live in, there are people from different countries of course, but also different occupations, interests, experiences, even gestures and values. It's an unpredictable mixture that stimulates you every day.

My writing, directing, and creative style have all been honed by my experiences living in this share house with my fellow housemates. 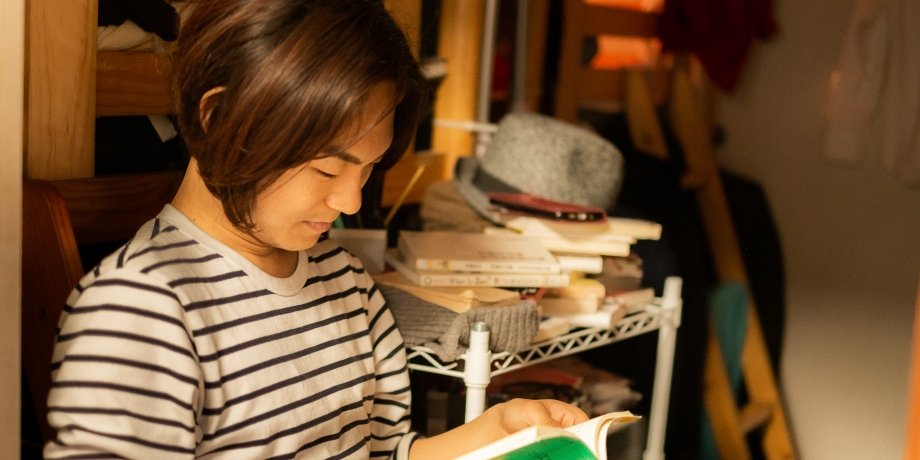 I want to work with as many people as I can 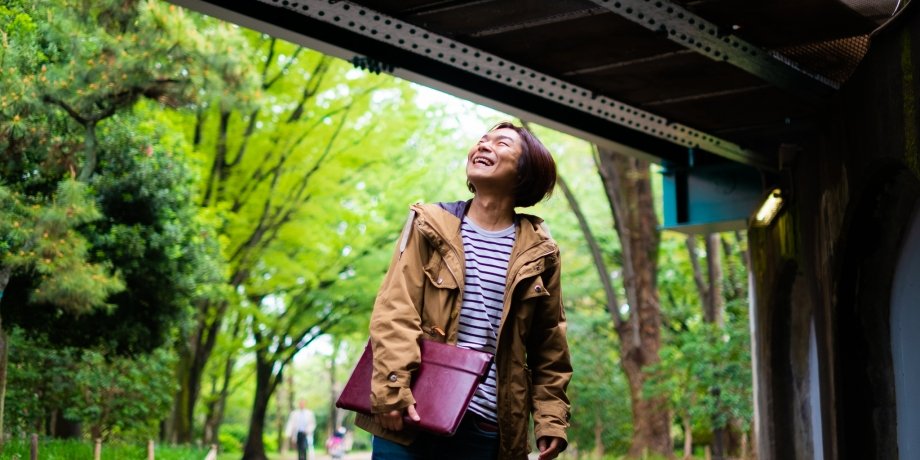 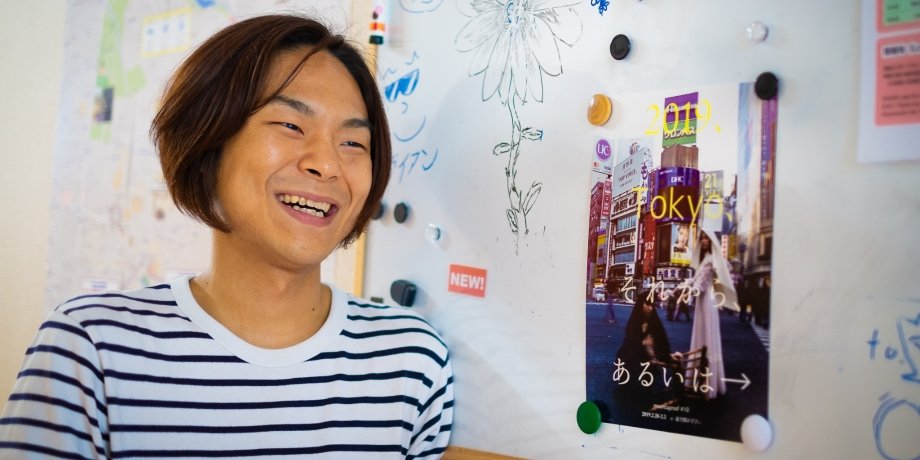 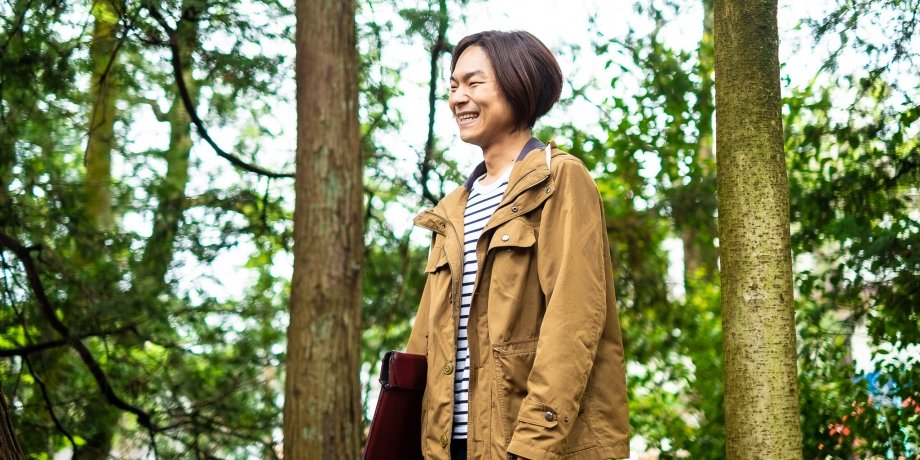