Why Japan became a "place to come home to", despite knowing nothing about it before 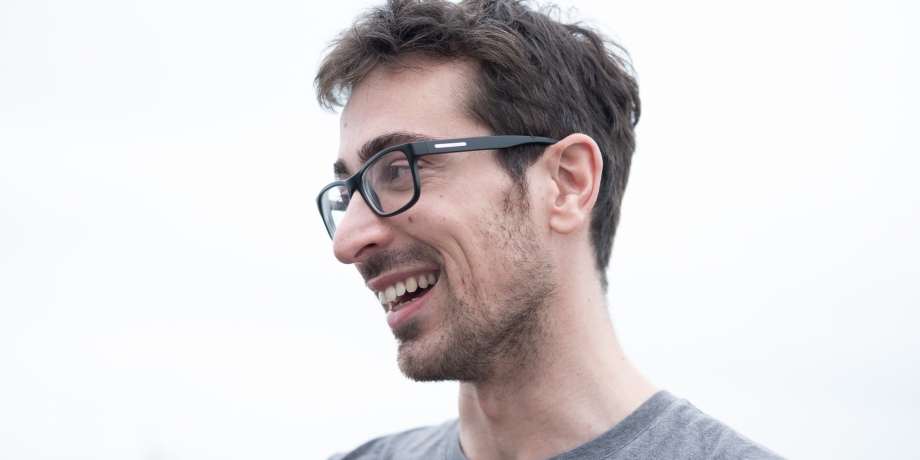 People have many different reasons for coming to Japan. Maybe they like anime, or other parts of Japanese culture. But some people come to Japan knowing absolutely nothing about it at all.

In this 8th Oakhouse resident interview, we talked with Oakhouse Kichijoji 3 resident Marco Noris, who got a job offer to come live in Tokyo. He talks about his everyday surprises, and how his preconceived notions changed. 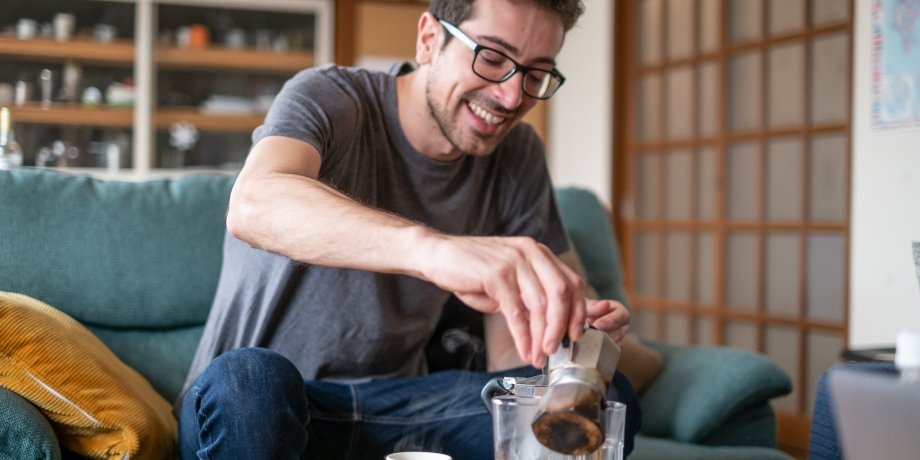 How did you end up coming to Japan?

I work as a video editor for a company in Shibuya, but before that I edited video for the AC Milan football club, back when Keisuke Honda was on the team. It was for a TV show specifically for AC Milan, so I spent about 8 hours a day deep in soccer documentaries, interviews, and news. 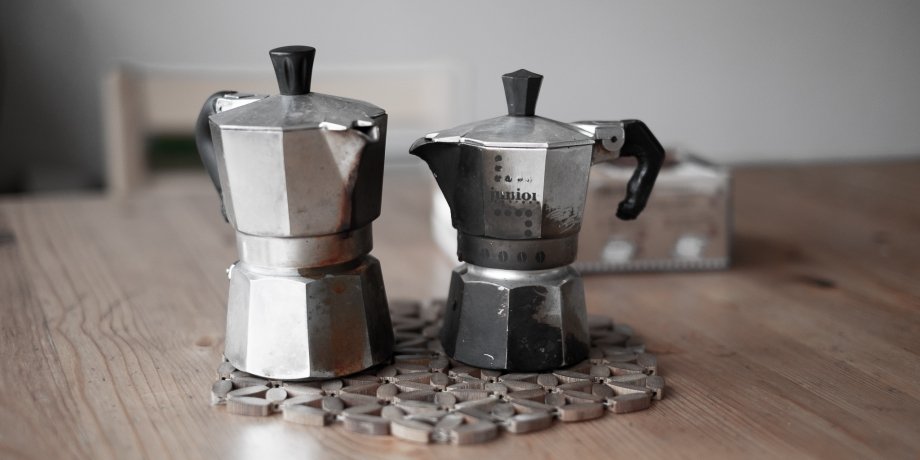 Then one day, a friend of mine said, "they're looking for a new video editor in Tokyo, so send me your resume and portfolio if you're interested". After 2 Skype interviews, the company said, "if you're interested, would you come to Tokyo to work and see how you like it?"

I never imagined I would live in Tokyo. I don't particularly like anime or anything, and to be honest the only image in my head was of a photo in my middle school textbook, of people being crammed into full rush-hour trains. To me, Tokyo seemed like a difficult place to live.

But I thought, you don't get many opportunities like this, so I decided to come see for myself.

Now that you're here, how is reality different from what you thought?

The first thing I realized was that there are lots of foreign people in Japan, who come because they like Japan or want to do certain things. For me I wasn't even necessarily interested in Japan, or moving here, so there were lots of eye-opening experiences.

My first real friend in Japan was my housemate Taka, and he turned me on to interesting people like the artist Kyohei Sakaguchi. 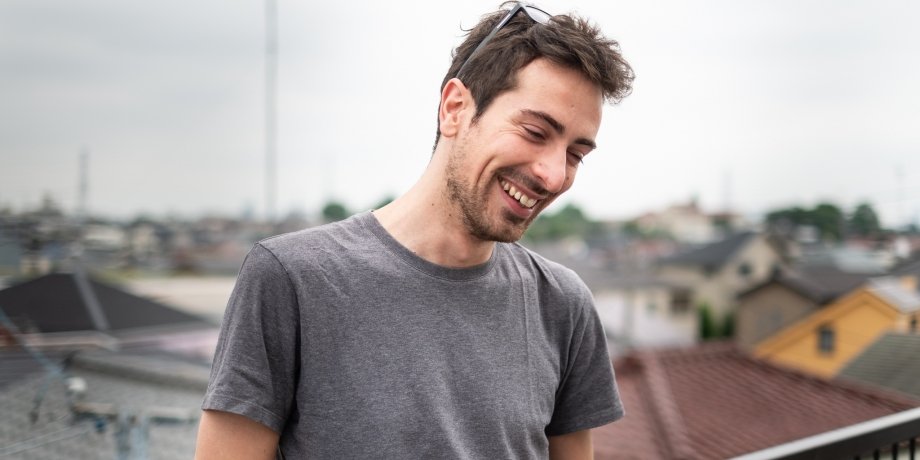 I also learned that there are lots of amazing Italian restaurants that you could confidently recommend to Italian people. In Nagatacho there's a place called La Piccola Tavola, and I fell in love with it immediately. If I hadn't come to live in Japan, I would have always just seen Japan as the rush-hour train country.

It seems like you're enjoying it! What other restaurants have you found?

There's one nearby called Hidamari, and it's a small family-run place. You can walk there from Kichijoji 3.

There's a menu that changes daily and you can choose. It's standard, traditional Japanese food, but when you eat it, you can really tell that a lot of love and care went into it. It's so good, and it's just such an inviting and relaxing atmosphere. Sometimes you try to go in and they say "sorry, we're done for the day," but you know what, I even love that! 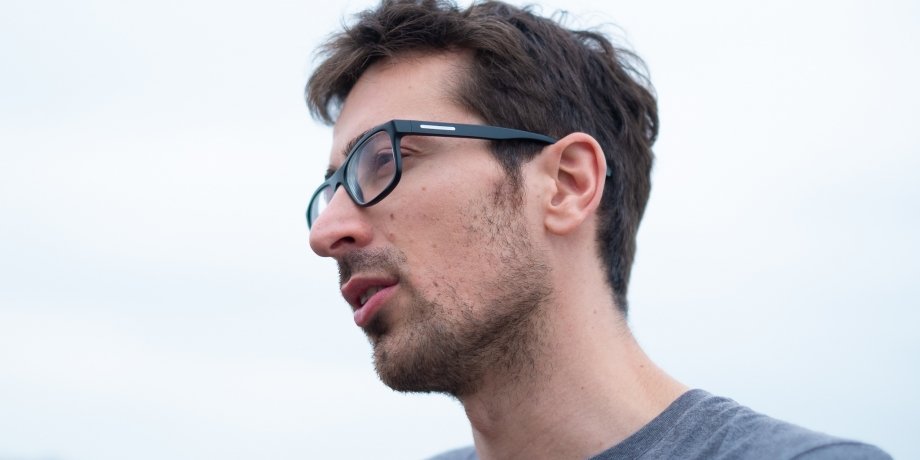 My own home away from Italy

I definitely saw the differences between Italian and Japanese culture when I was looking for a room.

In Italy, it's almost a constant war, trying to find an open apartment. It's pretty much a given that even if you reach out to a landlord they won't call you back. Open rooms are snatched up right before your eyes. So the way to do it is to apply to any and all open room you find that is even remotely like what you want, constantly.

But when I saw the Oakhouse website, there were lots of houses and open rooms that seemed nice. And once I applied, they responded very quickly. And the thing that surprised me most is: they asked me which room I wanted to choose! I had no idea that the rooms listed as open would actually be open! (laughs) 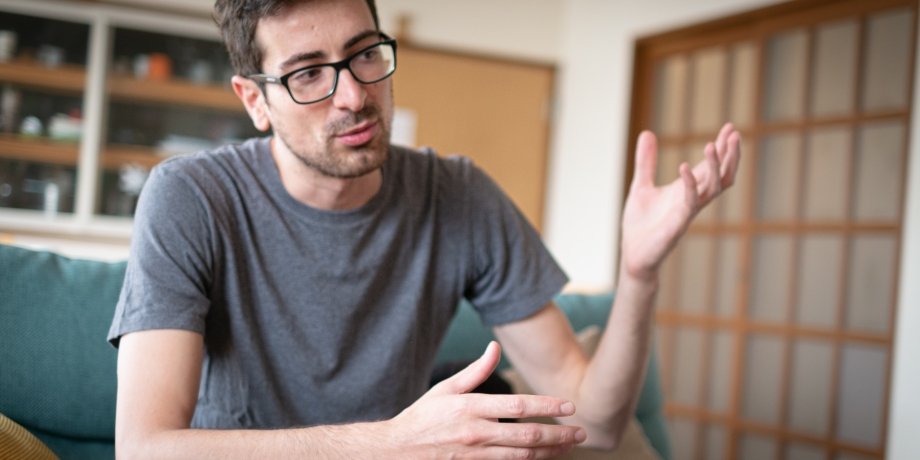 The great thing about a share house is you can maintain an appropriate distance with the people you live with. In Italy we often share rooms with people but it's very different. With 4 or 5 people in an apartment you can have problems and get swept up into issues that have nothing to do with you.

But at a share house you have a private room, that's just yours. And you can choose to spent time with other people. People are always moving in, or out, but still this feels like home. I went back to Italy for holiday and when I came back to Japan, I had this realization: Ah, this is my home. I'm home.

What else would you like to do in Japan?

Last September I took 15 housemates to climb Mt. Fuji. Unfortunately the weather was abysmal, so we couldn't get to the top.

I love hiking so I hope I get to challenge Mt. Fuji again, and this time get to the top. 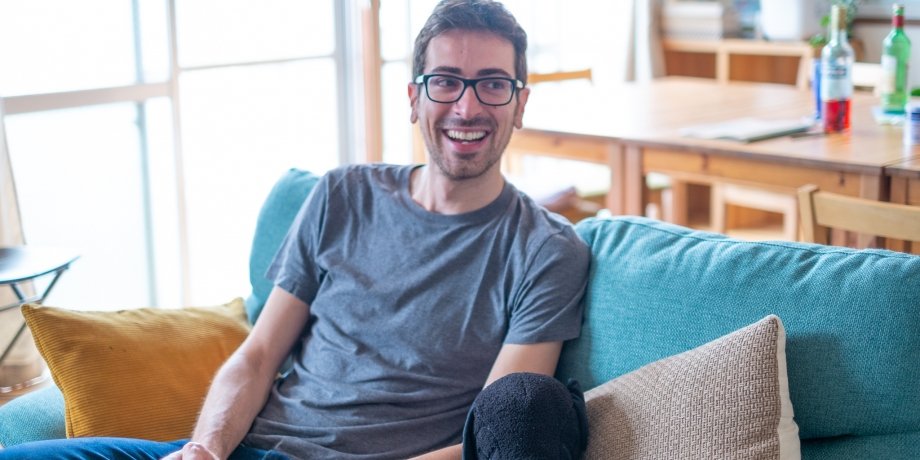 There are so many great unique places in Tokyo that tourists won't know about. When I tell my family about Tokyo I don't talk about Asakusa or Ueno, but rather Koenji and Kichijoji, the more local areas.

Thank you for telling us your story!