Rooms for rent in Keisei-Kanamachi line

From Keisei Takasago station you can transfer to the Keisei Main line, Narita Airport line, and Hokuso line. From Keisei Kanamachi station you can change to the JR Joban line. So, these lines are important for commuters going to work or school. All the stations are within Tokyo's Katsushika ward, running through residential areas. The line is used by people transferring to head into the center of Tokyo, or out to Chiba.
Shibamata station is near the Shibamata Taishakuten, a famous Buddhist temple, as well as the Tora-san Museum, and the Yagiri no Watashi ferry crossing.
This line has been in operation for over 120 years. Though there have been changes in names of the stations, or changes in service, it has remained mostly the same.

Most of the things to see along the Keisei Kanamachi line are focused near Shibamata station. Shibamata Teishakuten is a Buddhist temple that began in 1629. Not only is it a popular place to visit, but it has made appearances in the "Otoko wa Tsurai yo" movies, as well as the manga "Kochikame".
Also nearby is the Tora-san Museum: Tora-san being the main character of the "Otoko wa Tsurai yo" series. The surrounding area has retained an old-fashioned downtown feel and sees many visitors. 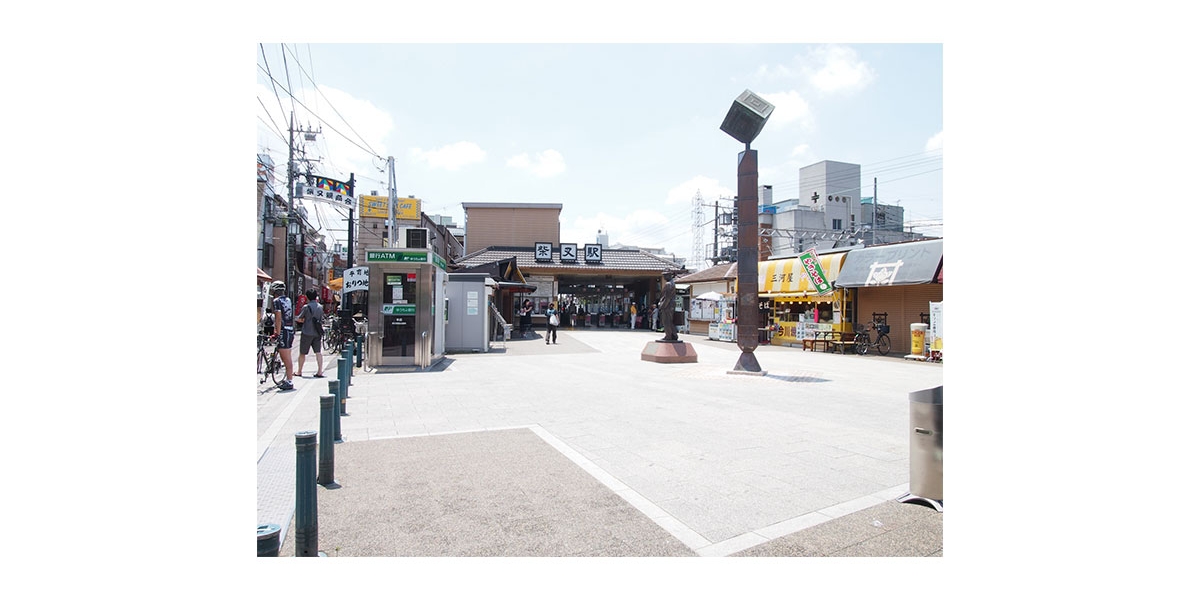 The 3 stations along the Keisei Kanamachi line has similar old-fashioned downtown lifestyles. The stations have supermarkets nearby, and there are shopping streets as well selling food at low prices. Rent prices are also fairly low compared to the Tokyo market. You can change to other train lines at 2 out of the 3 stations, and there are also other ways to travel such as by bus.
With the convenience of living in Tokyo and the allure of the old-fashioned downtown lifestyle, it is a popular place to live for transplants to Tokyo. Most people in Japan foster a stereotype of Tokyo-ites that they are cold and emotionless, but your view might change if you live along the Keisei Kanamachi line.