The Gran series is one of the top of the line share house series of Oakhouse, and this is the first one in the Kansai area, opening in Takarazuka city in Hyogo prefecture! We took a look around the place to show you some great spots nearby! 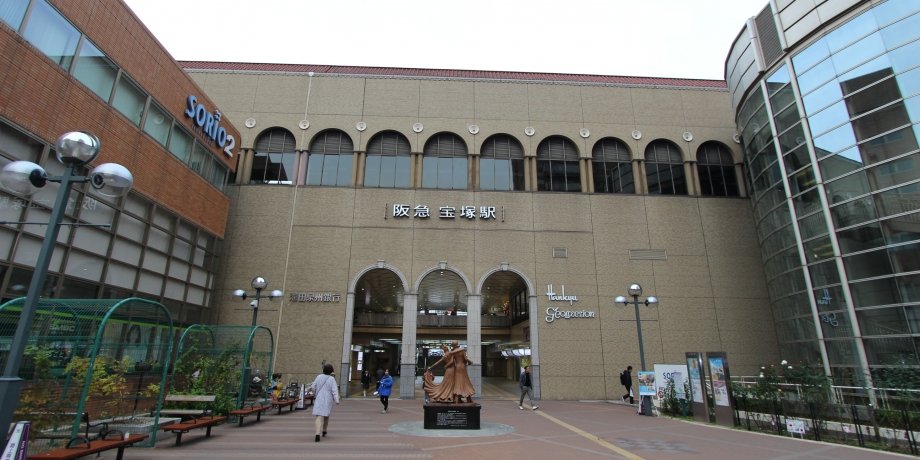 Takarazuka city
Takarazuka city is in the southeastern part of Hyogo prefecture, with plenty of nature in a safe environment. It is a popular place people want to live in Kansai. When most people think of the name "Takarazuka", they mostly think of the Takarazuka Revue, whose theater is based here. This is also where manga legend Osamu Tezuka spent 20 years, from age 5 to 24. It is next to a popular hot springs area, along the Muko river. The bridge crossing the river has great sights too.

The Muko river, near Takarazuka station 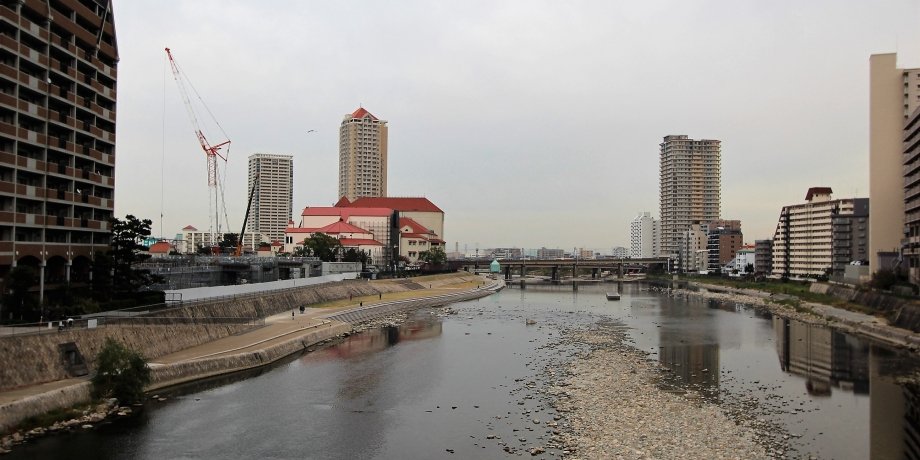 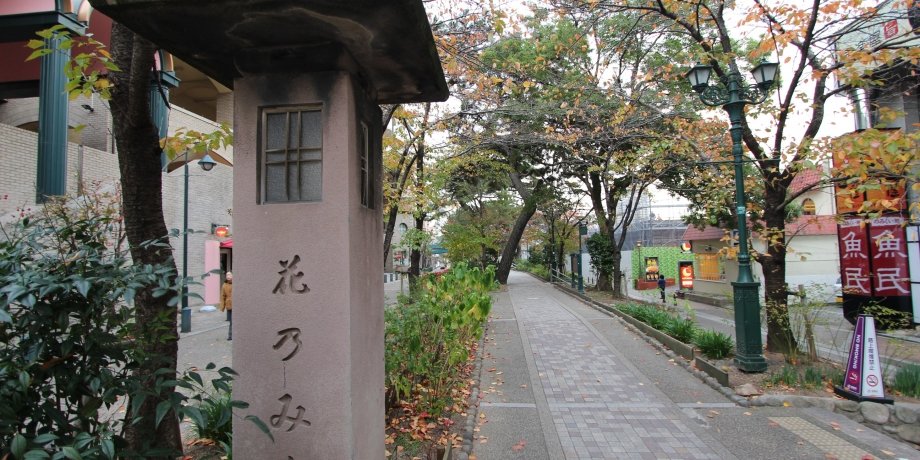 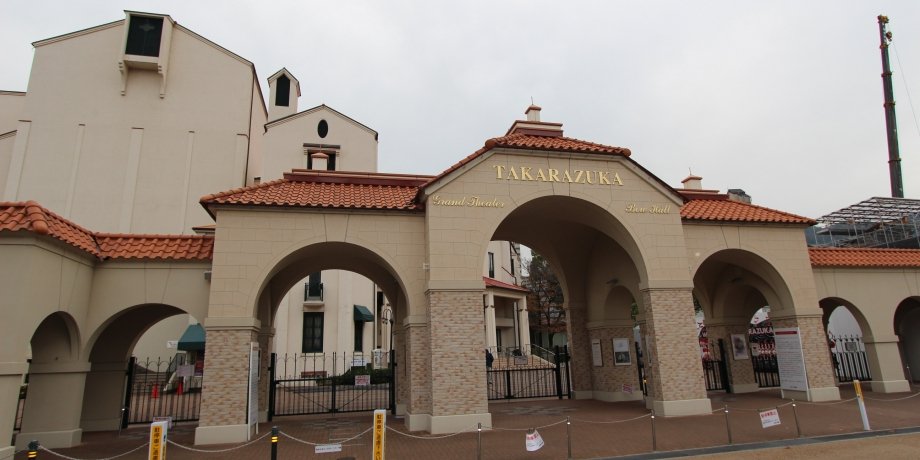 The Takarazuka Revue began in 1914, spanning over 100 years from its opening in the Taisho period. All the performers are women, and its performers who specialize in male roles are often regarded for their cool, masculine performances. Most of the group's fans are women, but male fans have been increasing in recent years. Tickets start from 3,000, which is a reasonable price for an exciting show.

Statue of Ichizo Kobayashi, founder of the Takarazuka Revue 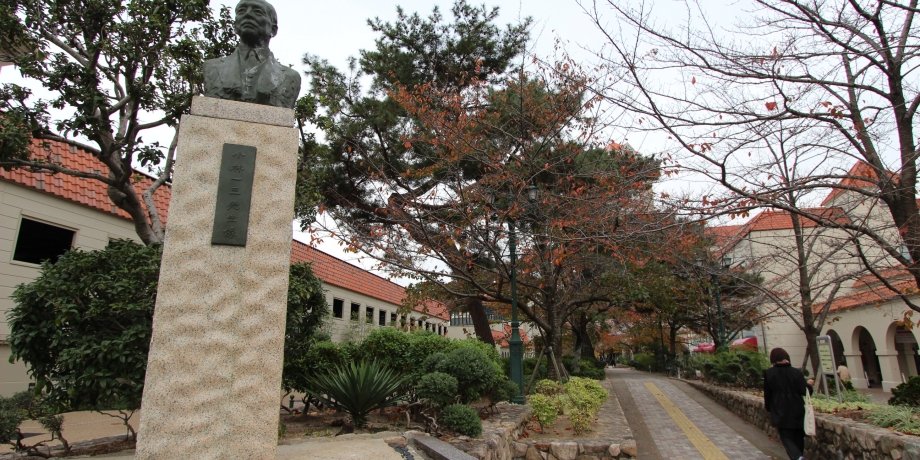 Statue in right outside Takarazuka station 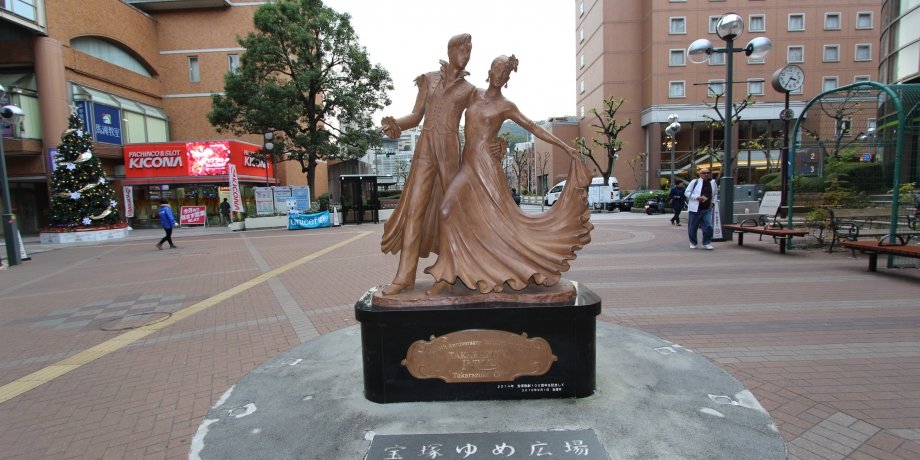 A high-end residential area developed in the early 20th century

A classic high-end area with a long history

The station name is really long, and full of difficult-to-read kanji characters! Hibarigaoka-Hanayashiki station is on the forder of Takarazuka city and Kawanishi city. North of the station are many quiet neighborhoods, and our newest Gran serious house, Gran Takarazuka, is a 5-minute walk to the north of the station.
You can get to Osaka/Umeda on the express train with no transfers in 20 minutes. Plus, this station is the first stop on the local line, so you can even have a seat the whole way (it takes 30 minutes this way though). Plus, the Osaka/Itami International Airport is just 5 kilometers away, just 25 minutes by train or 20 by car. 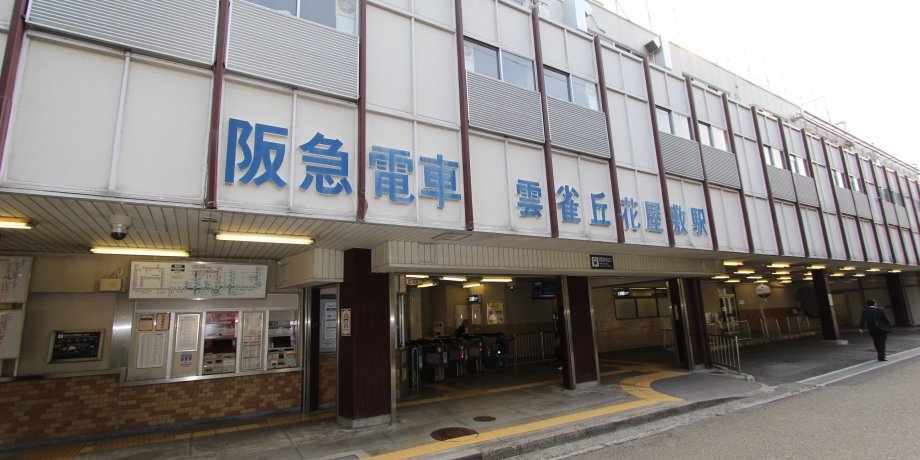 Hankyu line trains easy to spot by their color 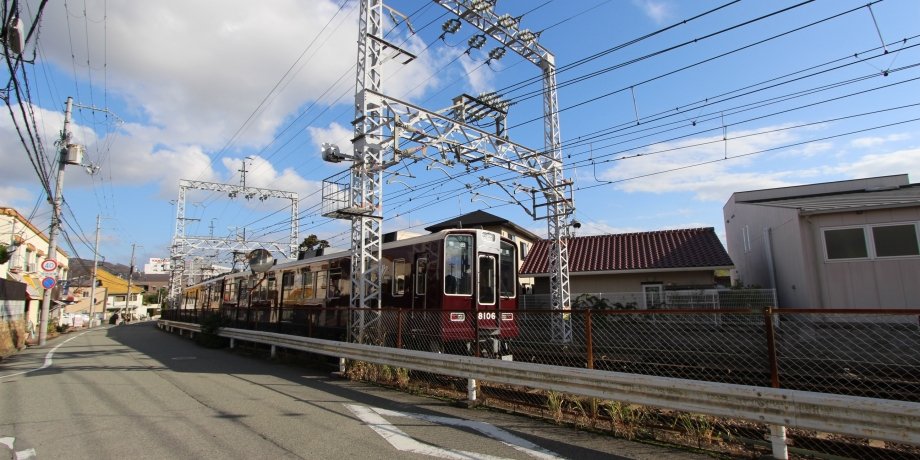 Shops near the station 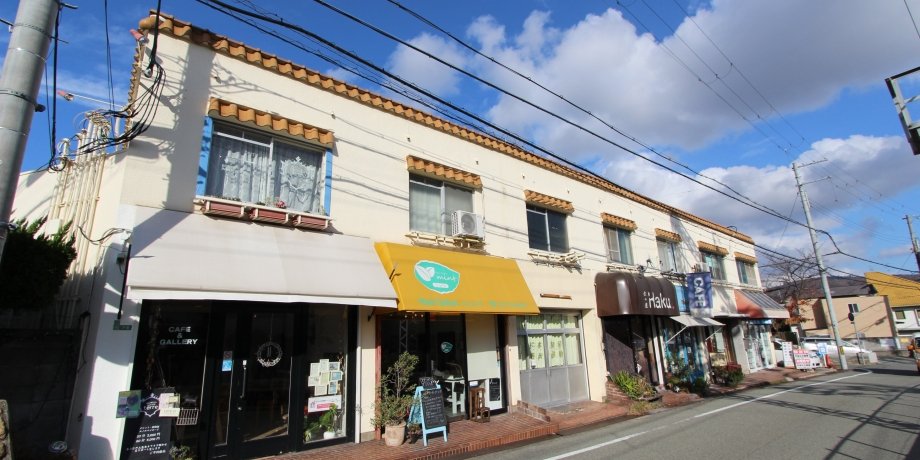 There's even a famous TV drama about Momofuku Ando and his wife
If you've ever had Nissin instant cup noodles, you have Momofuku Ando to thank. At this museum dedicated to him and his invented product, you can see the history of the methods and improvements, as well as packages from all around the world. Plus, for an additional fee, you can even create your own variety of cup noodles, with different flavors and incredients. This is a fun way to have an outing with your housemates!

Cup noodle museum: a recreation of the small house where instant chicken ramen was invented 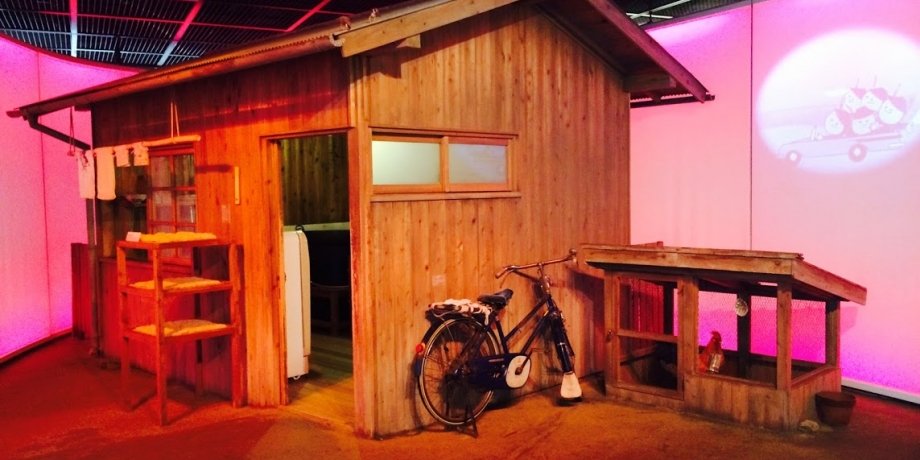 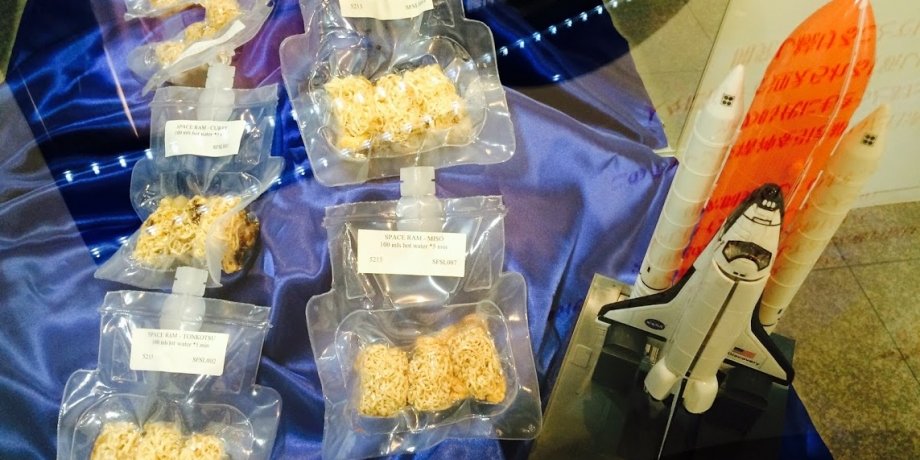 Fully remodeled
4 stations and 10 minutes away from Hibarigaoka-Hanayashiki station is Hotarugaike station, and if you transfer there to the Osaka Monorail and go just one station, you'll be at Osaka International Airport. The name is actually a current misnomer: right now it only handles domestic flights. It got a huge facelift in April of 2018, and many nice shops were opened inside. You can get here in just 30 minutes from Gran Takarazuka, perfect for travel. 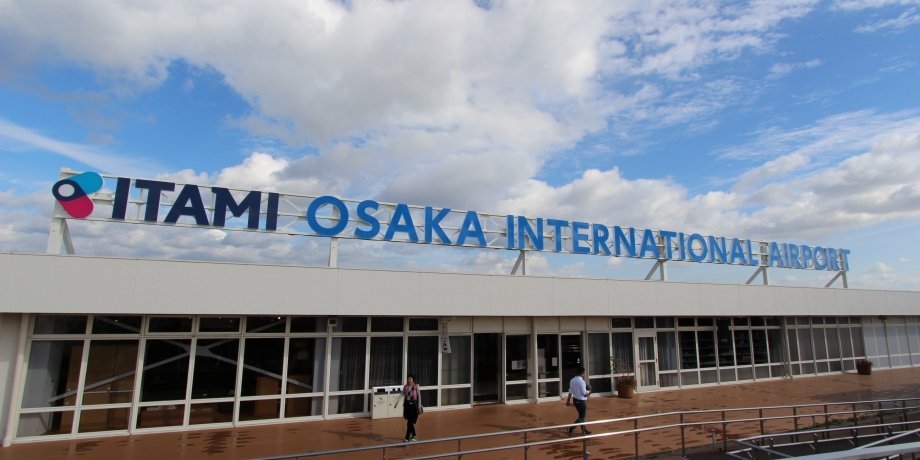 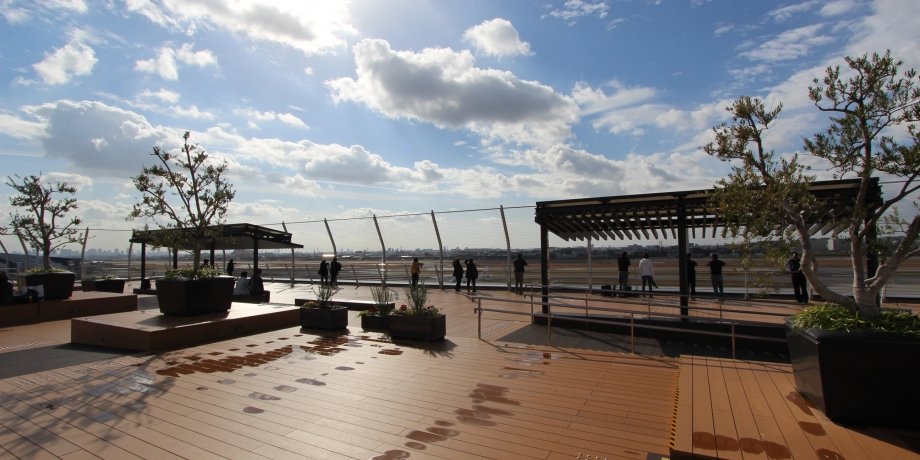 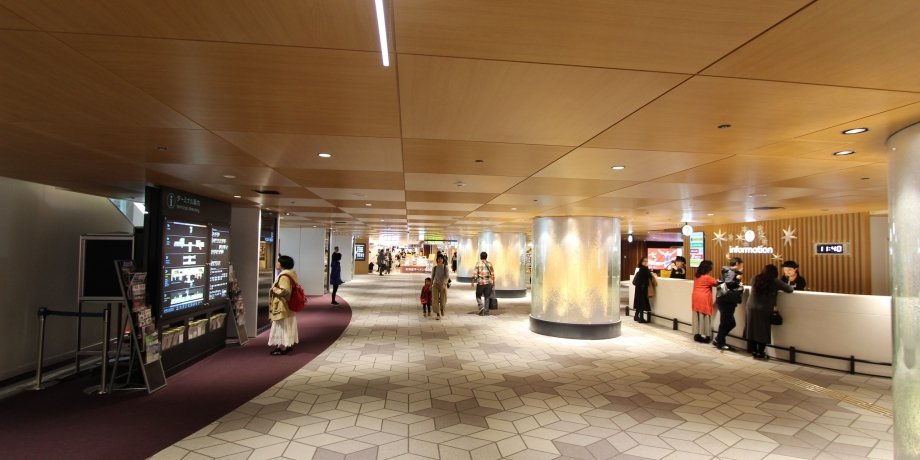 The kitchen for people in Osaka
1 minute walk from Shonai station you can find the Honan market, where you can buy fresh produce from markets all over Osaka. People come from all over even just to see the atmosphere. You can find easy conversation with sellers here, with shops selling all sorts of goods in this downtown environment. 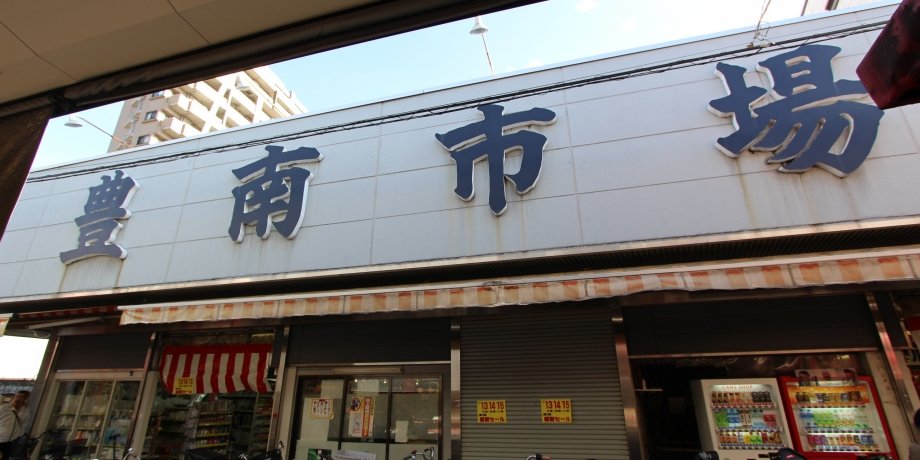 Fish, meat, and produce for sale at the Honan Market 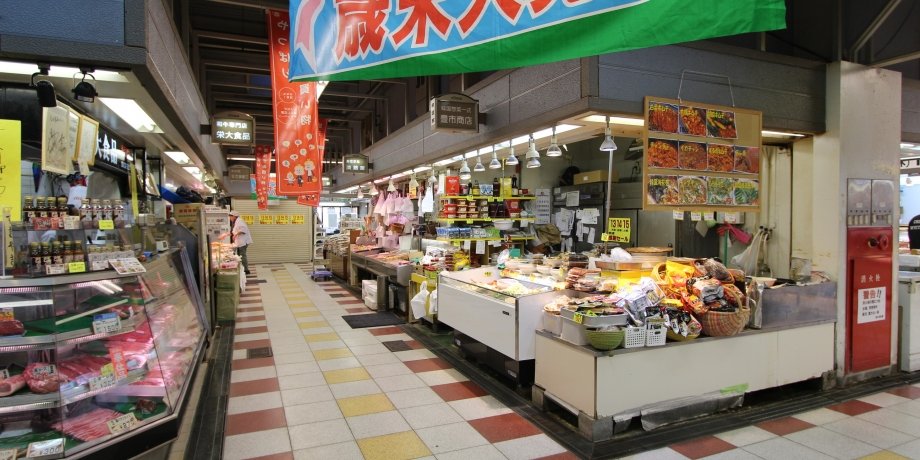 The sign greets you as you approach the market 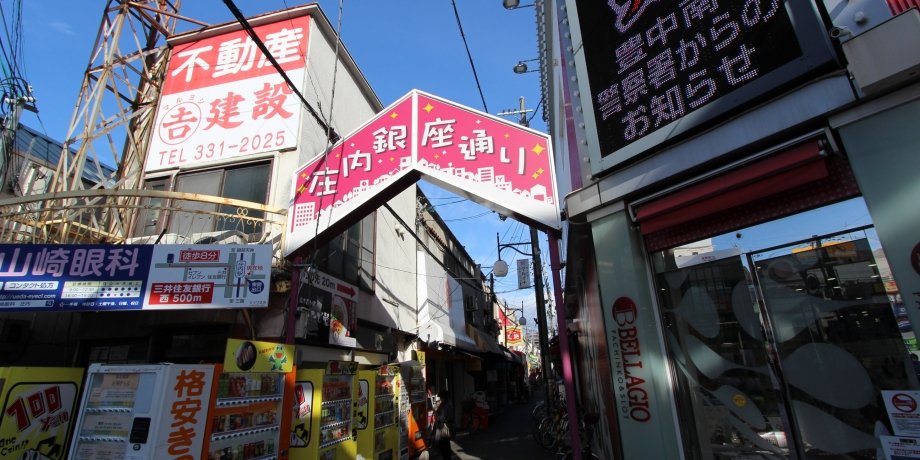 Editors notes
This was just a taste of what there is to discover around Gran Takarazuka Osaka, Takarazuka city, and other stations along the Hankyu Takarazuka line. We believe it has a unique atmosphere, high-end residential area, and something nostalgic. Plus, from here you have easy access to other areas of Osaka, Kobe, Kyoto, and from the airport anywhere else in Japan. In our next article, we'll take a look at the Gran Takarazuka Osaka house itself!