Are there every problems or disagreements between residents?

Actually, very recently, there was someone in the share house who was smoking in their private room. It was easy to tell who it was because there aren't that many smokers in our house to begin with, and only when that person came home could you smell the smoke in the hallway. So we knew immedately what was going on. Most places these days have restrictions on smoking, or have a designated smoking space outside.

Even though I was annoyed because I moved here exactly because there weren't many smokers, I put up with it because I didn't want anyone to get mad at me if I made a big deal of it. But I eventually decided to call the house manager. And the manager responded immediately. He asked all of us residents if we noticed any smoking recently, and wrote a memo reminding the house of the smoking rules, put up no-smoking signs... they did a great job.

Share houses are a bunch of different people living under the same roof, so of course there will be issues from time to time. But depending on the manager's response, it is easily dealt with most of the time. It's a lot different than living in a regular apartment, where your manager might never call you back! There are many different managers too, so it's worth it to get to know them and how to communicate, just in case anything does come up. 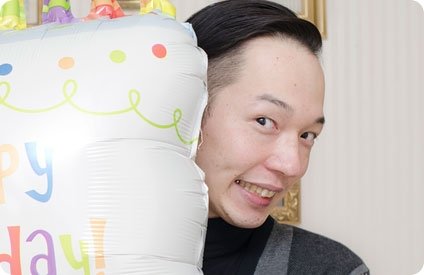 Gay writer. Born in 1982.
Moved to Tokyo from Tottori prefecture when he was 27, and has lived in various share houses (5 years of share house experience). He is an expert in share houses, beauty, and food, and is sensitive to emotions. Though many women with relationship troubles come to him for advice just after hearing he is gay, in actuality, he has not had a boyfriend for 13 years, so can be reticent when it comes to things he does not have experience in.

Ranking of what people want to know about Share houses